EU states, in an internal report drafted last year, have said the outbreak of Palestinian knife and car-ramming attacks against Israelis in Jerusalem is due, in large part, to Israel’s occupation.

They said the attacks began after right-wing Israeli politicians and religious groups began to question the status quo on Arab rights at the Temple Mount complex in the Old City.

But they added that living conditions for Palestinians and the loss of hope in a two-state solution formed the psychological “root” of the violence.

The report, drafted and endorsed in December 2015 by all the EU countries that have embassies in Jerusalem and Ramallah, said the Temple Mount developments were the “proximate cause” for the upsurge in violence that began after summer last year.

But it said the “heart of the matter” was “the Israeli occupation since 1967 and a long-standing policy of political, economic and social marginalisation of Palestinians in Jerusalem”.

It said that the “new reality” came “against a backdrop of deep frustration amongst Palestinians over the effects of the occupation, and a lack of hope that a negotiated solution can bring it to an end”.

The 39-page paper, seen by EUobserver, is part of regular reporting by EU diplomats in the region.

It is not meant to be published, but is designed to act as a reference document for meetings of EU foreign ministers in Brussels and for proposals put forth by the EU foreign service.

The report noted that the attacks were “spontaneous in nature” and mostly involved “young Palestinian men and women … acting without the apparent direction of political factions or militant groups”.

Inside Palestinian communities, the occupation has prompted higher levels of “drug abuse, division and displacement of families, domestic violence, loss of cultural identity, and high levels of stress and depression,” the EU report said.

By the start of June this year, those figures had climbed to 35 Israeli and more than 200 Palestinian deaths. 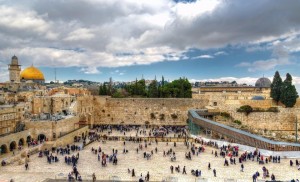 Israel has kept most Palestinian territories under occupation since 1967 (Photo: Israel Defense Forces)

The EU diplomats warned that the resulting Israeli crackdown – which included widespread use of lethal force and house demolitions that amounted to “collective punishment” – made matters worse.

“Some Palestinian perpetrators of individual attacks have apparently been shot and killed in situations where they no longer posed a threat”, the report said.

It said that images circulated on social media fuelled the tension.

In one incident captured on video, Israeli police “appeared” to shoot a Palestinian suspect walking away from a crime scene after Israeli bystanders had called on them to open fire.

It added that “both sides” were guilty of “inflammatory rhetoric” and said EU states should “firmly condemn” the killing of civilians on both sides.

But it also called on the EU to voice “deep concern” on “excessive use of force” by Israeli police, which were “possibly amounting in certain cases to unlawful killings”.

A Beginner’s Guide to the Unrecognized Villages of Israel

2 Comments on EU: Israeli occupation is ‘root’ cause of violence