Health Editor’s Note: This is a follow-up on a warning I issued on October 20th under the title: Potentially Lethal Opioid Awaits FDA Approval. The FDA has approved this opioid despite warning that sufentanil sublingual tablets and the way it is taken, can be used to abuse the use of the drug. There is speculation that the FDA’s approval of this highly potent opioid, sufentanil sublingual tablets (Dsuvia), was driven by the Pentagon who would use this in battle field situations where starting an IV for the intravenous administration of opioids would be problematic. This drug is simply popped into the mouth and placed under the tongue. Supposedly this drug will only be given in healthcare settings and not given as a prescription.

Sufentanil is a highly potent form of fentanyl. The vote on acceptance of this drug and its usage over looked the potential for abuse and in doing so may have been altered to favor acceptance of this drug, which is 500-600 stronger than morphine, and due to the tablet’s small size and ease of ingestion as a large potential for abuse, not to mention the clear fact that we do not need a higher degree of opioid dosage when basically original dosages have been adequate.

At a time when addiction to opioids is a major blight in American Society, and too easy to ingest,  a highly potent opioid does not appear to be what is needed to move the balance toward less opioid use, abuse, and opioid caused deaths….Carol

WASHINGTON — The FDA approved a controversial and powerful new opioid product — sufentanil sublingual tablets (Dsuvia) — on Friday for the treatment of moderate-to-severe acute pain, ignoring those sounding the alarm over the drug’s potential for abuse.

“I believe that the unique aspects of Dsuvia, including those that make this drug a high priority for the Pentagon, differentiate this new formulation of sufentanil from other sufentanil products in a way that is consistent with population-based considerations for how it fits into the overall drug armamentarium,” said FDA Commissioner Scott Gottlieb, MD, in a statement from the agency.

Gottlieb said this formulation would be particularly useful in battlefield situations when intravenous administration is not possible, stating that it was a “high priority” to ensure soldiers had access to treatment.

The approval follows a 10-3 vote last month in favor of approval from the Anesthetic and Analgesic Drug Products Advisory Committee (AADPAC) with a Risk Evaluation Mitigation Strategy (REMS) that requires the drug be administered by trained healthcare professionals in settings that already administer IV opioids.

Several AADPAC members expressed concern that the small tablets (0.85 mm thick and 3 mm in diameter) could easily be misplaced and lead to accidental exposures, particularly in children. The tablets are kept in special dispensers for individual use.

But Gottlieb noted that, since the product must be given in a healthcare setting, it won’t be available in retail pharmacies and it can’t be provided to patients to take at home.

In his statement, he said this underlying debate regarding the potential for misuse and abuse is part of a “broader issue.” That is, “Why do we need an oral formulation of sufentanil — a more potent form of fentanyl that’s been approved for intravenous and epidural use in the U.S. since 1984 — on the market?”

His answer: the product’s “unique aspects” make it desirable to have available, and the REMS’s strict limits on distribution and administration are adequate to keep it from being widely abused. “[W]e’ll work to quickly make regulatory adjustments if problems arise,” he said.

Gottlieb said the FDA has begun implementing novel and specific authorities for opioids when evaluating the benefit-risk ratio of these drug applications, and referenced the AADPAC meeting, which included experts on pain management, medication safety, human factors, and critical care nursing.

However, some felt the meeting was stacked to help ease approval of the drug, according to a letter urging the FDA to reject the drug signed by AADPAC’s long-standing chair, Raeford Brown, MD, of the University of Kentucky, and members of watchdog group Public Citizen. Brown was unable to attend the advisory meeting along with many of the committee’s usual members, who were attending a conference for anesthesiologists.

Brown and Public Citizen expressed concern that just two members of the Drug Safety and Risk Management Advisory Committee (DSRMAC), a group of experts in drug safety, pharmacoepidemiology, and risk management, were present as temporary voting members — one of which voted against recommending the sufentanil sublingual tablets. They stated that had the usual members attended the meeting, the vote could have swung a different way.

“The FDA appears to have made a deliberate decision to avoid including the full DSRMAC in the review of sublingual sufentanil tablets in order to tilt [the] outcome of the AADPAC in favor of approval,” they wrote.

Brown noted that the safety issues addressed in the pharmaceutical company’s application had not been sufficiently addressed and that the ultrapotent opioid — estimated to be 500-600 times more potent than morphine and 5-10 times more than fentanyl — posed “substantial risks of respiratory depression, diversion, abuse, and death.” Further, the small dosing volumes required of such a strong opioid make it an “extremely divertable drug,” he said, and the risk here may involve anesthesiologists and other medical personnel diverting the drug, as opposed to the “dropped doses” addressed in the meeting.

“There’s no indication whatsoever that any of the REMS programs for opioids have been effective in improving the safety,” Brown told MedPage Today following the AADPAC vote, adding that any comments to that effect from the sponsor or otherwise are “without foundation.”

Gottlieb said that the administration is re-evaluating how it considers individual and public health impacts of new opioids, specifically through a newly proposed framework that considers what need a new opioid might fill and how to mitigate risks of “diversion, accidental overdose, abuse and misuse.”

The data in support of the drug, presented at the meeting by drugmaker AxelRx, came largely from one randomized placebo-controlled phase III trial, SAP-301, in adult patients who underwent abdominoplasty, open inguinal hernioplasty, or laparoscopic abdominal surgery. The study found that treatment with the sufentanil sublingual tablet yielded a 12.7-point reduction in summed pain intensity scores from baseline compared to placebo (P<0.001).

Additionally, just 27% of patients required rescue medication within the first 24 hours after surgery, compared to 65% of patients with placebo.

Common adverse events (headache, nausea) were similar between the sufentanil and placebo groups in the trial, with decrease in oxygen saturation being the most common reason for sufentanil discontinuation.

Gottlieb concluded that the debate regarding approving new opioids extends beyond this particular product and is something that will continue to be addressed in the future.

“We owe it to Americans who want the FDA to do our part to help end one of the biggest addiction crises of modern times, while we carefully balance these grave risks against patient needs,” he stated.

She has traveled extensively, is a photographer, and writes on medical issues. Carol has three children RJ, Katherine, and Stephen – two daughters-in-law; Suzy and Katie – two granddaughters; Isabella Marianna and Zoe Olivia – and one grandson, Alexander Paul. She also shares her life with husband Gordon Duff, many cats, two rescue pups, and two guinea pigs.

This article (FDA Clears Ultrapotent Opioid Despite Outsiders’ Warning) was originally created and published by veteranstoday.com and is republished here under “Fair Use” (see disclaimer below) with attribution to author Carol Duff, MSN, BA, RN and … 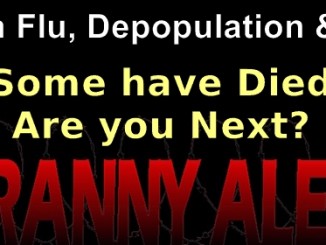 Chem Flu, Depopulation, You and What to Do