85 Years Ago, Hitler Carried Out a “False Flag” Showing How Gov’t Can Control With Lies and Fear

[Feb 27th this year was] the anniversary of one of the most pivotal false flags in history as Hitler burned down Reichstag and blamed it on his political enemies so he could seize total control of the country.

The whole truth about the Reichstag fire will probably never be known. Nearly all those who knew it are now dead, most of them slain by Hitler in the months that followed.

~ Historian William Shirer, The Rise and Fall of the Third Reich

[As of Feb 27th this year], 85 years ago, the headquarters for the German parliament, known as the Reichstag building, was burned down due to arson. Immediately after the fires, the Nazis passed a piece of tyrannical legislation called the “decree for the protection of state and people,” which gave them total police state control over the population.

The fires were blamed on Hitler’s political rivals, which allowed the regime to be extremely aggressive against anyone they deemed to be their enemies. However, many historians believe that it was actually the Nazi party who started the fire, in a plot to control the masses through fear.

This strategy is actually common in history, and has been used by many governments and has come to be known as a “false flag attack.” Unfortunately, over the years this legitimate military term has been grossly overused to the point where people think that it is some throw-away conspiracy theory. False flag attacks do happen though, and there is even verified proof that the US government has been involved in such operations.

For example, it was a false flag attack that caused the United States to enter the Vietnam war, but it wasn’t until 40 years later that we learned the truth about the Gulf of Tonkin Incident.

Initially, the American public was told that American ships were attacked by North Vietnamese boats, but the whole story was a twisted web of lies. In reality, the US warships initiated conflict with the North Vietnamese, and then later staged an attack against themselves to justify further action in the region.

Since the beginning of empire, the ruling class has created chaos in their societies so they could be given more power, under the pretense that they would clean up the mess that they actually created. The first ruler that we know of to perfect the art of creating chaos was the Roman emperor Diocletian who came to power in 284 AD. 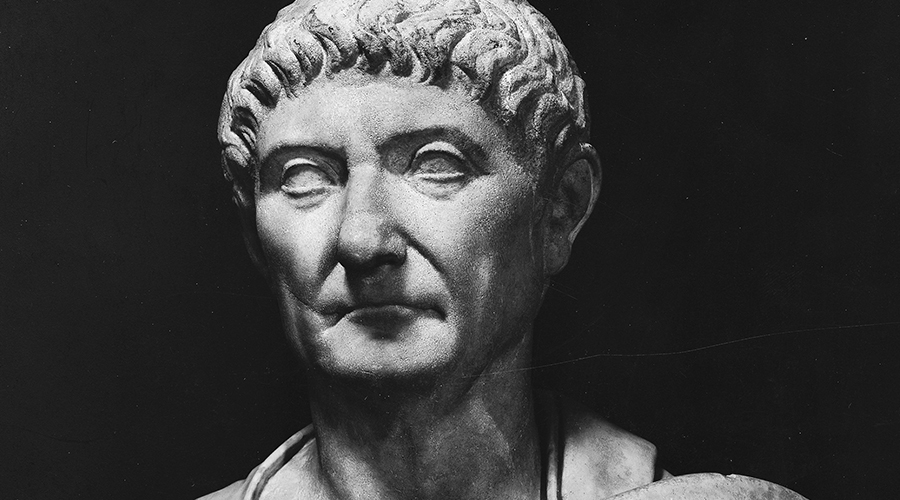 This is the “leader” that was responsible for changing Rome from a developing civilization into a covert dictatorship. Since the Roman people had a history of freedom and financial prosperity, they were not going to give up their rights unless they were carefully manipulated into doing so. Diocletian needed to create an enemy that he could use as a scapegoat so he could raise taxes, expand his military, and take away the rights of the Roman citizens.

His policies were unpopular and he was having difficulty getting his people to fall in line, so he set his own palace on fire twice in two weeks and blamed it on his political and religious rivals. With his new powers, Diocletian completely reorganized the Roman political system to work like a dictatorship, but he continued to call it a democracy so the people would still think they were free. Diocletian’s approach has been used over and over by authoritarian rulers throughout history who manipulated their people into giving up their freedom.

Many people doubt that these types of plots are possible since they seem so elaborate and require so much cooperation and secrecy, but it is not far-fetched to think that the government is capable of pulling something like this off, and there is evidence of this in history to prove this as well.

The US government has even released documentation, proving they planned multiple false flags.

According to minutes from a meeting on March 22, 1962, held by the “Special Group (Augmented),” which according to an encyclopedia on the Central Intelligence Agency, included Attorney General Robert Kennedy, CIA Director John McCone, National Security Advisor McGeorge Bundy and chairman of the Joint Chiefs of Staff Lyman Lemnitzer, detailing the creation of a false flag attack on the United States to be blamed on the Soviets.

According to the documents, the US government wanted to manufacture or obtain Soviet aircraft so they could launch an attack on America or friendly bases and use those attacks as a pretext for war.

According to the previously Top Secret classified documents:

“There is a possibility that such aircraft could be used in a deception operation designed to confuse enemy planes in the air, to launch a surprise attack against enemy installations or in a provocation operation in which Soviet aircraft would appear to attack U.S. or friendly installations in order to provide an excuse for U.S. intervention.”

Many of the accusations that are brought up against the government that get labeled as conspiracy theories are eventually proven to be true way after the fact. The official stories of many world-changing events, including the USS Maine, USS Lusitania, Pearl Harbor, Vietnam, are all drastically different than the government and media have led us to believe.

The video below highlights some of the most provable false flag attacks in American history.

TLB published this original article from The Free Thought Project.

About the author John Vibes

John Vibes is an author and researcher who organizes a number of large events including the Free Your Mind Conference. He also has a publishing company where he offers a censorship free platform for both fiction and non-fiction writers. You can contact him and stay connected to his work at his Facebook page. John just won a 3-year-long battle with cancer, and will be working to help others through his experience, if you wish to contribute to his treatments consider subscribing to his podcast to support .

A Different Take on Alex Jones