George Santayana wrote: “Those who do not learn from history are condemned to repeat it.”

9-11 was a horrible crime against humanity. It was so profound that the average person just can’t wrap their minds around it. It is so complex, the deed so blatant, that most everyone just wants closure.

As the years pile on, however, so many inconsistencies cleave at the official explanation, the truth we were originally led to believe no longer fits. As new evidence and facts emerge, there is a growing contention that something is very wrong. So wrong, and so profound in its repercussion, it begs to change the entire way we Americans view the world.

Those who continue to seek the factual answers for these inconsistencies are branded “truthers” as if in some way it indicates that seeking the truth is un-American, or traitorous.

“Government is not reason; it is not eloquence; it is force. Like fire, it is a dangerous servant and a fearful master.” – George Washington 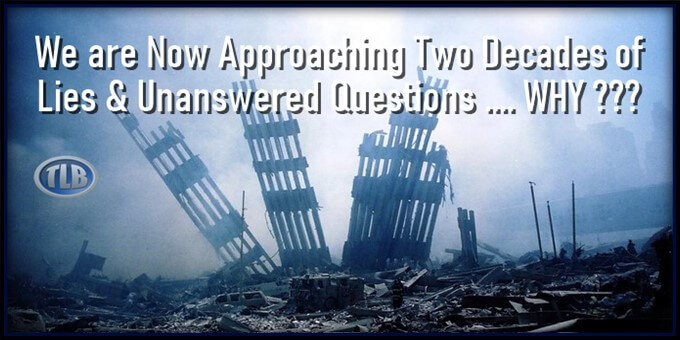 From the Author, Ken La Rive – We in the Liberty movement have been fighting to take back this country for less than a decade, peacefully and with the love of God and country in our hearts. Our banner has been trampled on and displaced by a multitude of distractions, further eroding our nation and the cause for Liberty. And so, as we are pulled by forces we cannot fathom, powerful entities with unlimited resources stolen from our future, unaccountable trillions printed out of thin air and put on our backs as debt, we must formulate the most pitiful of all questions any patriot might ask in the final hour: Are we going to fight for our master’s tyranny, or are we going to demand the return of our civil liberties and Constitution? Are we going to choose The Banner of Liberty, or the shackles of voluntary servitude? Will it be a war for corporate profit, or a war to regain our ability to self govern, as the blood and toil of our forefathers presented to us, their children, as a gift? I fear that decision is emanate. I fear that any decision will be a hard one, but my greatest fear of all is that the decision has already been made for us.

Thomas Paine Was a Patriot Both Betrayed & Venerated

Facets: Why American Christianity Is Fading

Data Collection & Analysis Enslaves Us All