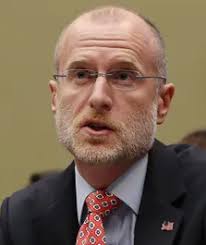 Brendan Carr, a member of the Federal Communications Commission, says the recent news story about Joe Biden and son Hunter Biden being blocked on major social media platforms is a “watershed moment” for big tech companies.

“There’s a huge divide between the power, the influence, the bias that big tech has, and the complete absence of regulation,” Carr told “Just the News AM” host Carrie Sheffield.

Earlier [last] week, The New York Post published a story based on new emails appearing to reveal more about Hunter Biden’s business dealings in Ukraine and him apparently setting up a meeting between a top executive in that country and father Joe Biden, who was vice president at the time.

Critics of the decision said it was tantamount to political censorship.

Carr explained how tech companies are in favor of taking speech off the internet.

“That’s not what Congress intended with Section 230,” he said, referring to the part of law that protect Internet companies when posting third-party content. “So I think we can modernize, clarify the rules, so that more speech stays out there. At the end of day, we want people deciding for themselves, the value of speech, the value of information, not Silicon Valley.

The Trump administration filed a petition for rule-making at the FCC over the summer, which intends to seek clarity on Section 230.

Carr said the time to move forward and address these issues is now, and he believes that it will take many different regulatory agencies to address the issue.

“This is a watershed moment for all of us that have been working to rein in big tech, you know, we have never had an institution in history that has this much influence and control over speech,” he said.

In banning the posting of the Biden story, Twitter cited rules about allow information that might have been acquired through hacking. The platform has since revised the rules. Facebook also did not allow the story to be posted.

The FCC can’t remove the Section 230 statute, but it can clarify the decisions Congress has already made.

“Courts have given sweeping interpretations of Section 230 conferring immunities and privileges on big tech that Congress never provided them,” Carr said referring to what Justice Thomas said earlier [last] week. “Our job at the FCC will be to close some of those loopholes, while Congress and other entities look at potentially revoking 230 entirely.”