Election officials in Georgia’s 159 counties are undertaking a hand recount of the presidential race stemming from a “risk-limiting audit” that is required by state law, which when completed will be the largest hand re-tally in the history of the United States.

The law requires that one race be audited by hand to check that the machines counted the ballots accurately. Secretary of State Brad Raffensperger chose to audit the presidential race and said the tight margin, with Democrat Joe Biden leading President Donald Trump by 14,072 votes—means a full hand count is needed.

Gabriel Sterling, Georgia’s voting system implementation manager, told a press conference on Nov. 12 that the hand recount is a normal part of the risk-limiting audit and its objective is to “instill confidence” in the accuracy of electronic voting machines and, more broadly, the election.

The audit is a new requirement that was included in a 2019 law that also provided guidelines that the state used to purchase a new election system from Dominion Voting Systems for more than $100 million.

President Donald Trump claimed in a tweet that Dominion software “DELETED 2.7 MILLION TRUMP VOTES NATIONWIDE.” The president’s reelection campaign announced that it will file a lawsuit in Michigan that, besides alleging voting irregularities, will seek a review of the Dominion software, which has been linked to issues in several states, including in several counties in Georgia that saw voting machines crash.

Republican National Committee Chairwoman Ronna McDaniel and other GOP officials claimed that a glitch in the Dominion software switched 6,000 GOP votes to Democrats in Michigan, a switch that was spotted and later corrected.

Antrim County Clerk Sheryl Guy initially attributed the problem to a combination of a software glitch and human error, but later said the Dominion software had no part in the mistake and blamed the problem solely on human error. Both Dominion and the Michigan Secretary of State have disputed allegations that its software led to vote-tallying problems.

Dominion Voting Systems said in a statement that it “denies claims about any vote switching or alleged software issues with our voting systems.”

A Nov. 12 joint statement from a coalition of federal and state elections officials, released by the Cybersecurity and Infrastructure Security Agency that spearheaded federal election protection efforts, said: “there is no evidence that any voting system deleted or lost votes, changed votes, or was in any way compromised.”

“Right now, across the country, election officials are reviewing and double checking the entire election process prior to finalizing the result,” the officials said in the statement, adding that “we can assure you we have the utmost confidence in the security and integrity of our elections.”

Sterling, in his press briefing, said the manual recount “will be the largest hand re-tallying audit in the history of the United States” and that he expects it will yield numbers that are “slightly different.”

He referred to a manual recount in Michigan in the 2016 election, which involved the re-tallying of around 2 million ballots and saw Trump pick up around 750 votes and Democratic contender Hillary Clinton picking up around 150 votes.

He said the risk-limiting audit hand re-tally would start at 9 a.m. on Friday and would conclude at midnight on Nov. 18.

While there is no mandatory recount law in Georgia, state law provides that option to a trailing candidate if the margin is less than 0.5 percentage points. Biden’s lead stood at 0.28 percentage points as of Thursday afternoon.

Once the results from the risk-limiting audit are certified, the losing campaign can request a regular recount, which will be done using scanners that read and tally the votes, Raffensperger said. 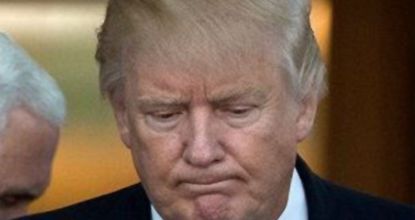 The Trump campaign has called on Georgia election officials to conduct a full hand recount of all ballots and take other steps to ensure “confidence in our electoral process.” This includes a full comparison of absentee ballots cast and in-person and provisional ballots cast, and for carrying out a voter eligibility check to make sure no felons or other ineligible individuals cast a vote in the state.

‘Neutralizing’ John Lennon: One Man Against the ‘Monster’