The GOP message going into midterms just three weeks away is simple; the left is an “unhinged mob” full of “radical Democrats” who shouldn’t be allowed to govern the country.

The mob-mentality began last Saturday after President Trump said that the Democratic resistance to Supreme Court nominee Brett Kavanaugh was an attempt by an “angry mob” to hijack the proceedings “in their quest for power.”

“They threw away and threw aside every notion of fairness, of justice, of decency and of due process,” Trump said of the anti-Kavanaugh efforts. “What he and his wonderful family endured at the hands of Democrats is unthinkable, unthinkable.”

Trump then said “On November 6 you will have the chance to stop the radical Democrats — and that’s what they have become.”

To that end, the GOP has crafted an advertisement around the “unhinged mob” theme in a Thursday video which quickly went viral:

The Left: An Unhinged Mob. pic.twitter.com/d4YhXrAsXe

Others have created similar videos, such as conservative political consultant, Harlan Hill:

The Democrats are extreme, unhinged, and dangerous. If they take back Congress this fall, that will be the END of our great American comeback.

To combat the phrase “mob” from being attached to leftists, the mainstream media has begun to push back against conservative guests who utter the word. This was immediately picked up on and turned into yet another viral video of reporters telling people not to say “mob” juxtaposed with more of the “unhinged left.” 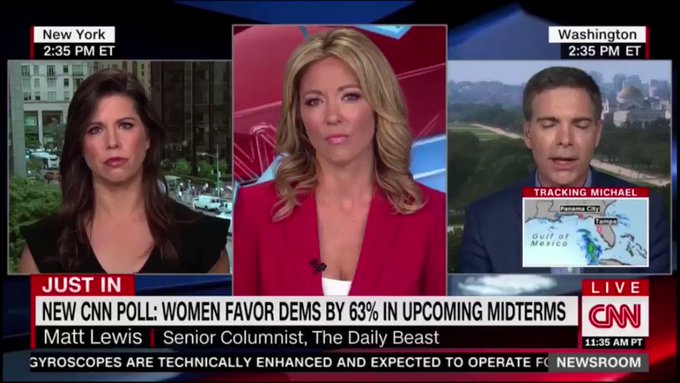 SUPERcut of reporters telling people to not use the “mob” word cut with video of the mob.

Moments later Holder sought to clarify, saying “I don’t mean we do anything inappropriate. We don’t do anything illegal.”

Then in a Tuesday interview, Hillary Clinton rejected the idea that Democrats should be “civil” with Republicans in the age of Donald Trump.

“You cannot be civil with a political party that wants to destroy what you stand for, what you care about,” said Clinton.

Hillary Clinton: “You cannot be civil with a political party that wants to destroy what you stand for” https://t.co/8QI5BoEN6t pic.twitter.com/P04am7WREQ

Perhaps the GOP messaging campaign is the only reason we didn’t see the same highly organized protests after Kavanaugh’s confirmation. Instead, the left seems to have completely forgotten about their latest hill to die on.

(TLB) published this article as compiled by Tyler Durden at ZeroHedge.

Now We Know Why Prosecutors Wanted to Keep Jan. 6 Videos Away from the Public

Yellen: Hot For Obama… But Not Trump