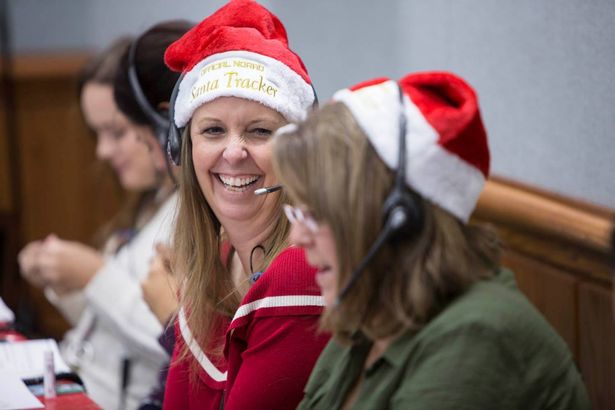 If a partial government shutdown won’t stop Santa from his work on Christmas Eve, then it certainly won’t stop government volunteers from reassuring youngsters about his goings-on.

Despite the shutdown, more than 1,500 civilians and military personnel have enthusiastically volunteered to continue their tradition of tracking Santa’s worldwide journey on Christmas Eve for the 63rd year in a row.

The tradition started in 1955 when Sears accidentally misprinted their telephone number in an advertisement that told kids they could talk to Santa and his elves. Instead, they listed the number of the North American Aerospace Defense Command (NORAD).

Military personnel were quick to catch on to the mistake, but instead of disappointing their hopeful young callers, they fielded hundreds of phone calls and reassured the children that they were keeping an eye on Santa’s whereabouts.

After NORAD was founded in 1958, the military headquarters made it their duty to keep the public informed about Santa’s location.

Now, anxious youngsters can either call the NORAD’s Santa Tracker hotline or they can check up on Kris Kringle’s location on the agency’s website. 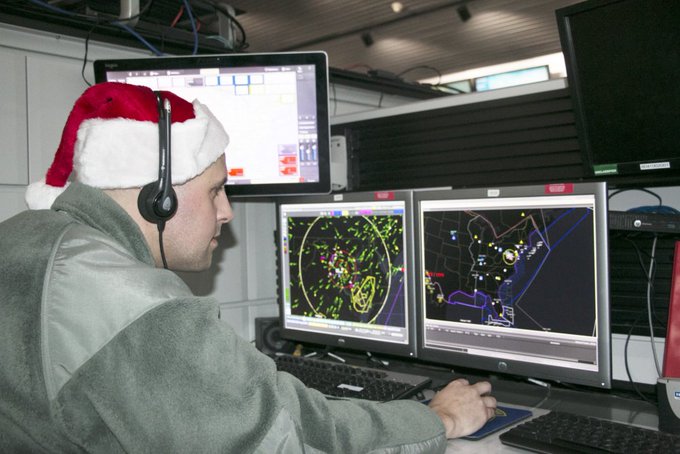 In the event of a government shutdown, NORAD will continue with its 63-year tradition of NORAD Tracks Santa on Dec. 24. Military personnel who conduct NORAD Tracks Santa are supported by approximately 1,500 volunteers who make the program possible each and every year.

“They’re all really sweet, small voices. I had a little girl tell me good night instead of goodbye. It’s really sweet,” one of the volunteers told reporters. “It really gets you into the Christmas spirit. There are Christmas carols in the background, everyone’s very friendly, happy to be there.”

NORAD has more than 47 satellites stationed across North America from 22,000 miles above the Earth’s surface. The satellites can track Santa’s location by using infrared heat sensors to detect unusual flying objects – such as a magical sleigh and eight tiny reindeer.

However, the NORAD volunteers are quick to tell young readers that even though it may be exciting to keep up with the head elf’s journey, he will only visit their home once they are fast asleep on Christmas Eve.

(TLB) published this story and information from The Good News Network to put some extra fun in your Christmas.

Election Workers Set To Be Deposed In Georgia Ballot Case