Despite numerous accusations of censorship from conservatives, Hillary Clinton is claiming right-wing outlets have “mastered” Facebook and use it against her.

In a Sunday interview with CNN’s Fareed Zakaria, Clinton was asked about a Vox article presenting research claiming the story on Facebook to receive the most interactions on Super Tuesday was one about her use of a private email server while she was secretary of state.

She claims “algorithms” used by Facebook are keeping negative stories about her alive and feeding them to “millions and millions of people.”

The former secretary of state even managed to blame the “echo chamber” right-wing media and Facebook for her 2016 loss to Donald Trump.

“I begrudgingly give them a lot of credit because they are shaping a narrative that is part of the messaging around Trump’s reelection, around people who challenge Trump, changing the subject all of the time,” she said, adding that she lives “rent-free” in her critics’ heads.

Clinton has called Facebook founder Mark Zuckerberg “authoritarian” and “Trumpian” in the past.

Despite her claims of Facebook working against her, there are numerous examples of conservatives allegedly being censored by the social media giant for anything from posting against illegal immigration to expressing support for right-wing figures who have been outright banned from the site, something that happened to author Michelle Malkin last year. 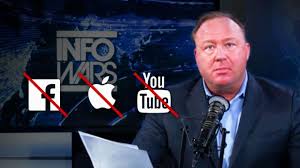 More controversial conservatives like InfoWars founder Alex Jones have been kicked off Facebook, so saying they have a bias in favor of conservatives is a hard sell, even for Clinton.

Clinton’s criticisms, however, are in line with a growing narrative for political figures on the left who have recently increased their calls for Facebook to police political ads containing ‘fake news’.

Senator Elizabeth Warren called for Facebook to police political ads while she was still in the race for the Democratic Party’s presidential nomination, and billionaire Democrat donor George Soros claimed earlier this year that the social media company is working to “re-elect”Trump.

(TLB) published this article from RT-USA News with our sincere thanks for the coverage and availability.

Article was edited/emphasis and pictorial content added by (TLB)

More of Hillary’s Questionable moments from The Liberty Beacon:

And the Humor and Satire folks focused on Hillary:

Taxing and Tracking the Independent Media: Censorship and Control

1 Comment on Hillary claims Social Media Bias against her