If the Facts Matter, Andrew McCabe Will Be Indicted for Lying

I will be very clear up front–I have no inside information about what John Durham is going to do. But if he is simply following the facts and the evidence, Andrew McCabe (pictured right) will be one of the first to fall in the probe into the failed coup to destroy the Presidency of Donald Trump. The record on this is indisputable. He lied in three separate instances–1) He lied to FBI investigators, according to Michael Horowitz, 2) He lied to the House Permanent Select Committee on Intelligence, and 3) He lied to the Senate Select Committee on Intelligence.

McCabe’s record of lying starts with questions put to him by FBI investigators about leaks of sensitive FBI evidence to the media in the fall of 2016:

Former FBI deputy director Andrew McCabe faced scorching criticism and potential criminal prosecution for changing his story about a conversation he had with a Wall Street Journal reporter. Now newly released interview transcripts show McCabe expressed remorse to internal FBI investigators when they pressed him on the about-face.

The apparent leak drew scrutiny from the bureau’s internal investigation team, which interviewed McCabe on May 9, 2017, the day President Donald Trump fired James Comey from his post as FBI director. The agents interviewed him as part of an investigation regarding a different media leak to the online publication Circa, and also asked him about the Journal story.

In that interview, McCabe said he did not know how the Journal story came to be. But a few months later, his story changed after he reviewed his answer.

McCabe’s actions as an Artful Liar did not result in a prosecution. The Trump Justice Department reportedly decided to take a pass on that front, conceding that McCabe might prevail by insisting he just misremembered.

But subsequent statements by McCabe before the House and Senate Intelligence Committees expose him as a terminal liar.Let us start with McCabe’s testimony in December 2017 before the House Permanent Select Committee on Intelligence. He completely misled and deceived the members of HPSCI about the investigation into General Michael Flynn. McCabe testified as follows:

MR. GOWDY: Why did the Bureau interview General Flynn when they did? What was the reasoning for the interview?

MR. MCCABE: Because the – I’m trying to reassemble this chronology in my mind, but to the best of my recollection, we interviewed General Flynn at that time because of the existence of the – of his conversation, the record of his conversation with Ambassador Kislyak had become widely known through press reporting. 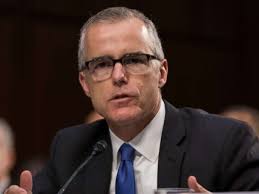 And at that point, there was really – there was no – that part of the investigation had become so widely known there was no -. there was no reason to continue, kind of, in a covert investigative posture and so we wanted to sit down with General Flynn and understand, kind of, what his thoughts on that conversation were.

MR. GOWDY: Was he interviewed because the Vice President relied upon information from him in a national interview?

MR. MCCABE: No. I don’t remember that being a motivating factorbehind the interview.

MR. GOWDY: So he would have been interviewed even separate and apart from the fact that former Acting Attorney General Yates believe that he had mislead the Vice President, and that needed to be addressed?

Documents declassified by the Office of the Director of National Intelligence and the Attorney General remove any doubt that McCabe was lying.

The most stunning revelation from documents released on 30 April 2020, shows that the FBI agents, who investigated Michael Flynn aka “Crossfire Razor”, RECOMMENDED on the 4th of January 2017 that the investigation of Flynn be closed. Let that sink in. The FBI agents investigating Flynn found nothing to justify either a criminal or counter-intelligence investigation more than two weeks before Donald Trump was inaugurated as President. Yet, FBI Director Jim Comey and Deputy Director McCabe, with the help of General Counsel Jim Baker, Assistant Director for Counter Intelligence Bill Priestap, Lisa Page and Peter Strzok decided to try to manufacture a crime against Flynn.

The documents released on Wednesday made clear that as of January 21st, the FBI Conspirators were scrambling to find pretext for entrapping and charging General Flynn. This part of the transcription of Bill Priestap’s handwritten notes makes clear the intent of McCabe and others involved in the plan to entrap Flynn:

“Our goal is to determine if Mike Flynn is going to tell the truth @ the Russians . . . . What is our goal? Truth/Admission or get him to lie, so we can prosecute him or get him fired.”

The 30 April 2020 document dump shows clearly that McCabe was one of the architects of creating the perjury trap to destroy Michael Flynn. The key document that destroys McCabe’s claim that the interview of Flynn was provoked by a leak to the media is the “Closing Communication” PDF dated 4 January 2017. It is a summary of the FBI’s investigation of Crossfire Razor (i.e., Mike Flynn). The document begins with this summary:

The FBI opened captioned case based on an articulable factual basis that Crossfire Razor (CR) may wittingly or unwittingly be involved in activity on behalf of the Russian Federation which may constitute a federal crime or threat to the national security. . . . Specifically, . . . CR had ties to various state-affiliated entities of the Russian Federation, as reported by open source information; and CR traveled to Russia in December 2015, as reported by open source information.

The Agent conveniently fails to mention that Flynn’s contacts with Russia in December 2015 were not at his initiative but came as an invitation from his Speaker’s Bureau. Moreover, General Flynn, because he still held TS/SCI clearances, informed the Defense Intelligence Agency (DIA) of the trip, received permission to make the trip and, upon returning to the United States from Russia, was fully debriefed by DIA. How is that an indicator of posing a threat to the national security of the United States?

The goal of the investigation is stated very clearly on page two of the document:

. . . to determine whether the captioned subject, associated with the Trump campaign, was directed and controlled by and/or coordinated activities with the Russian federation in a manner which is a threat to the national security and/or possibly a violation of the Foreign Agents Registration Act, 18 U.S.C. section 951 et seq, or other related statutes.

And what did the FBI find? NOTHING. NADA. ZIPPO. The Agent who wrote this report played it straight and the investigation in the right way. He concluded:

The Crossfire Hurricane team determined that CROSSFIRE RAZOR was no longer a viable candidate as part of the larger CROSSFIRE HURRICANE umbrella case. . . . The FBI is closing this investigation. If new information is identified or reported to the FBI regarding the activities of CROSSFIRE RAZOR, the FBI will consider reopening the investigation if warranted.

This document is dated 4 January 2017. But Peter Strzok sent a storm of text messages to the Agent who drafted the report asking him to NOT close the case making it quite clear that Comey and McCabe wanted the Flynn investigation to stay open.

Remember, McCabe told HPSCI that the Bureau only interviewed Flynn because of a piece written by David Ignatius that appeared on 12 January 2017 in the Washington Post.

McCabe’s lies before HPSCI were referred to the DOJ for possible prosecution.

And now we have evidence that McCabe did the same thing–i.e., lied–a couple of months later when he testified before the Senate Intelligence Committee.

Sen. Lindsey Graham on Sunday released an FBI memo from 2018 that he says shows investigators lied to the Senate about statements that the primary source for the Steele dossier told the FBI regarding the salacious document.

“This document clearly shows that the FBI was continuing to mislead regarding the reliability of the Steele dossier,” Graham said in a statement announcing the release of an eight-page briefing document that the FBI provided to the Senate Intelligence Committee in February 2018.

The memo summarizes what Igor Danchenko, the primary source for dossier author Christopher Steele, told the FBI during interviews in early 2017. Steele relied primarily on Danchenko, a Russia analyst, to collect information for an investigation into Donald Trump’s possible ties to Russia.

McCabe was the one who briefed the SSCI on the Steele Dossier and its primary subsource. You can read the redacted brief here. This briefing took place in February 2018. But McCabe knew in February 2017 that Danchenko had no genuine intelligence and was simply passing on rumors.

I believe that McCabe’s serial prevarication has caught the attention of Prosecutor John Durham. McCabe’s litany of lies are vast and vile and have harmed the security of the United States. This is not something that can be overlooked….

What happens to McCabe will be a benchmark of whether John Durham and Bill Barr are serious about holding the coup plotters accountable.

(TLB) published this article from Sic Semper Tyrannis with our appreciation of this perspective.

Other articles by Larry C. Johnson

Mr. Johnson, who worked previously with the Central Intelligence Agency and U.S. State Department’s Office of Counter Terrorism, is a recognized expert in the fields of terrorism, aviation security, crisis and risk management.

Yes, Virginia, There Is A Deep State [Video]

SESSIONS HIDING DNC SERVER EVIDENCE FROM PUBLIC UNTIL AFTER MIDTERMS