Former National Security Adviser John Bolton has pledged to release his new tell-all book, “The Room Where It Happened: A White House Memoir,” regardless of the lack of pre-publication approval from the Administration. This includes an ABC special this weekend to kick off his release. The move is extremely risky and the law is not on the side of Bolton who could conceivably not only lose his profits but his freedom over such a dispute.

The game of chicken being played between Bolton and the White House grew more intense yesterday when President Donald Trump and Attorney General Bill Barr stated that the book contained classified, not just privileged, information. Barr also confirmed that Bolton has not completed the required pre-publication review.

I share the concern over the motivations behind this slow walked review.  The book is obviously going to be very damaging to Trump just before the election.  I have always opposed such tell-all books, particularly those rushing to print during an ongoing administration. It is a betrayal of a president and the understanding of confidentiality that they need to function.  However, the pre-publication review process should not be used for the purpose of protecting a president from embarrassment or political liability.  The problem is that this is not just about privileged information any longer and Bolton agreed to complete this process in his NDA.  To put it simply, that was the price of the ticket to be national security adviser.

That is why the reference to classified information is a game changer.  Courts defer greatly to the Executive Branch on such classifications.  Moreover, as Barr noted, discussions of a president with the heads of foreign nations are ordinarily classified.  Finally, the non-disclosure forms are designed primarily to prevent such disclosures.  I have sign that form many times over the last 30 years due to my work on classified cases.  It is sweeping and unambiguous. You sign away the right to publish pending the review and changes specified in the pre-publication review.

First and foremost, Bolton could face an injunction to prevent publication. As I have previously noted, I find the claim of classified content surprising because of the failure to pursue an injunction as this book was being printed and stored in warehouses.  If there was clearly classified material in the book, why would the government risk disclosure in millions of copies sitting around in barely secure warehouses?  However, the Administration could certainly move now to enjoin release in light of the statements of Bolton and his publisher, Simon and Schuster. 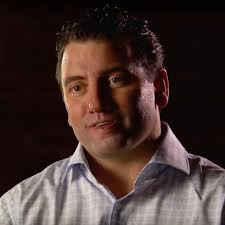 Second,  Bolton could lose his profits.  In 2016, former Navy Seal Matt Bissonnette (Pictured writing under the pen name Mark Owen)  wrote “No Easy Day,” about the raid that killed Osama bin Laden.  He had to pay the federal government a reported $6.8 million to avoid prosecution. In Snepp v. United States, 44 US 507 (1980), the Court considered a book by Frank Snepp who signed a NDA as part of his employment at the CIA.  He then published a book about CIA activities in South Vietnam without first submitting his manuscript to the Agency for review. A lower court denied Snepp royalties from his book for his failure to secure approval.  The Supreme Court upheld that ruling and started with a discussion that could paint Bolton in the same way as a person who violated the essential trust demanded from such officials:

Snepp’s employment with the CIA involved an extremely high degree of trust. In the opening sentence of the agreement that he signed, Snepp explicitly recognized that he was entering a trust relationship. The trust agreement specifically imposed the obligation not to publish any information relating to the Agency without submitting the information for clearance. Snepp stipulated at trial that — after undertaking this obligation — he had been “assigned to various positions of trust” and that he had been granted “frequent access to classified information, including information regarding intelligence sources and methods.” 456 F. Supp. at 178. [Footnote 6] Snepp published his book about CIA activities on the basis of this background and exposure. He deliberately and surreptitiously violated his obligation to submit all material for prepublication review. Thus, he exposed the classified information with which he had been entrusted to the risk of disclosure.

The Court added : “Quite apart from the plain language of the agreement, the nature of Snepp’s duties and his conceded access to confidential sources and materials could establish a trust relationship. Few types of governmental employment involve a higher degree of trust than that reposed in a CIA employee with Snepp’s duties.”  The obvious example of a higher degree of trust would be found in the actual national security adviser himself.

There is also the question of potential criminal liability.  This threat is less pronounced but not insignificant.  This would be a knowing release of classified information if Bolton was notified of the content and proceeded to publish anyway.  It is also notable that Barr is known as particularly protective of privileged and classified information.  Bolton did not complete the process and, according to the statements yesterday, he did not comply with the removal of the material.  We have not seen such prosecutions in past cases like the publication of “No Easy Day.” I still view this threat under the Espionage Act to be less acute but he could prove a test case for such application to a NDA violation.

Bolton has a strong lawyer in Chuck Cooper (Pictured) who has a great deal of experience and intestinal fortitude.  However, he should be particularly cautious after yesterday. Now that the President and Attorney General have publicly declared that the book contains classified information, it may be difficult to back off from an aggressive response to Bolton. To make such a public declaration and then do little would be viewed as undermining NDAs in the future.  Bolton has the unfortunate distinction of now being a defining case for the government’s control of such information.

There is a clear menacing element to Barr’s words that the process has not been completed. Bolton may have been given just enough rope to hang himself if he unilaterally cuts off the process.  It seems clear to me that this process was slow walked.  However, there is no guarantee that the process will be completed expeditiously. To the contrary, the process itself is viewed as a speed bump for officials who want to cash in on a tell-all books before the completion of a presidential term.  Complaining about the glacial pace is a bit like complaining about the weather in Washington.

As the earlier book controversy indicates, this will be “No Easy Day” for Bolton.

Banned HuffPo Contributor: Trump “Must Go Through Hell Every Day If This Is How The Press Is Behaving”