Former National Security adviser Michael Flynn is refusing to cooperate with the Democrat-controlled House Intelligence Committee’s demand for testimony and documents, according to Politico, citing a Monday letter by Chairman Adam Schiff (D-CA). 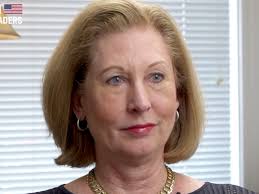 “Notwithstanding repeated efforts by committee staff to engage with your counsel and accommodate your adjournment requests, you have, to date, failed to comply with the committee’s subpoena or cooperate with the committee’s efforts to secure your compliance,” Schiff wrote to Flynn – demanding an appearance for testimony on September 25.

Of Powell, Schiff wrote that she “exhibit[ed] a troubling degree of unprofessionalism” during communications with committee staffers, which were outlined in the letter.

According to Schiff, Powell “refused to accept service” of the subpoena issued by the panel in June. Schiff indicated that Powell repeatedly sought deadline extensions for Flynn’s cooperation before ultimately ignoring phone calls attempting to arrange Flynn’s testimony for late July, just ahead of Congress’ six-week summer recess.

Schiff also said Powell told the committee that Flynn would invoke his Fifth Amendment rights and would not answer any questions other than confirming his name. –Politico

“The Fifth Amendment privilege must be invoked in response to specific questions or topics that might tend to incriminate you if answered truthfully,” wrote Schiff. “Your counsel’s blanket invocation of the Fifth Amendment … is, therefore, inadequate.”

Flynn pleaded guilty in December 2017 to laying about his interactions with Russia’s ambassador prior to Trump taking office – denying a discussion of sanctions imposed by the Obama administration in retaliation for alleged election meddling in 2016.

Interestingly, Powell urged Flynn to withdraw his guilty plea – writing in a Daily Caller Op-Ed; “Extraordinary manipulation by powerful people led to the creation of Robert Mueller’s continuing investigation and prosecution of General Michael Flynn,” adding “Notably, the recent postponement of General Flynn’s sentencing provides an opportunity for more evidence to be revealed that will provide massive ammunition for a motion to withdraw Flynn’s guilty plea and dismiss the charges against him.”

Powell also claimed that Flynn’s Constitutional rights were violated by his former legal team, arguing in March 2018: “[General] Flynn should be fully exonerated,” adding “All charges against him should be dismissed for [egregious government misconduct] that infected the setup and prosecution of him from the beginning.”
.

As Politico notes, Powell has also been “intensely critical of Schiff and Mueller,” while filing a brief last week with the court that spelled out a “litany of allegations of prosecutorial misconduct — much of which aligned with Trump’s unsupported allegations against Mueller and his team — and suggested that the government had withheld evidence from Flynn.”

Prosecutors are aiming to sentence Flynn this fall.

(TLB) published this article from ZeroHedge as compiled and commented on by Tyler Durden. Our thanks to Tyler and his team for this coverage.

Electromagnetic Energy in the Air