No, There Will Not Be Any “Pandemic Amnesty”

Post by Tyler Durden | Written by Mark Jeftovic via BombThrower.com,

Nothing is Forgotten, Nothing Will Be Forgiven.

On the very first day of this year I wrote that the pandemic was over and that only the most brainwashed true believers would cling to the absurd narratives that enabled it. Since then, all of it has been exposed to be falsehoods, cluelessness and lies:

…and the final straws for the credibility of all involved:

Innumerable careers, reputations and lives have been destroyed in order to enforce a completely debunked narrative as truth. The mainstream media, Big Tech, governments at all levels, neo-liberal glee clubs like the WEF, all coordinated to gaslight the entire population of the world that we were facing existential annihilation, and would have to henceforth trade in our civil rights to these authorities to escape it.

The economic damage is only now beginning to be felt in runaway inflation with central banks powerless to contain it, at risk of destroying what’s left of the economy.

We don’t need to enumerate the litany of injustice, ridicule and persecution  anybody who tried to counter these absurd narratives had to endure. Lost friends, family, jobs, position, businesses, cancelations, deplatformings – all of it.

So it is unsurprising, now that the edifice is crumbling, that those who piled on to the persecutions, those who feathered their nest being “on the right side of history”, seeing that it’s all turning to dust in realtime, are starting – one and all – to back away from their role.

Now the name of the game is to distance oneself from the most intense and virulent outbreaks of mass formation psychosis in recorded history: 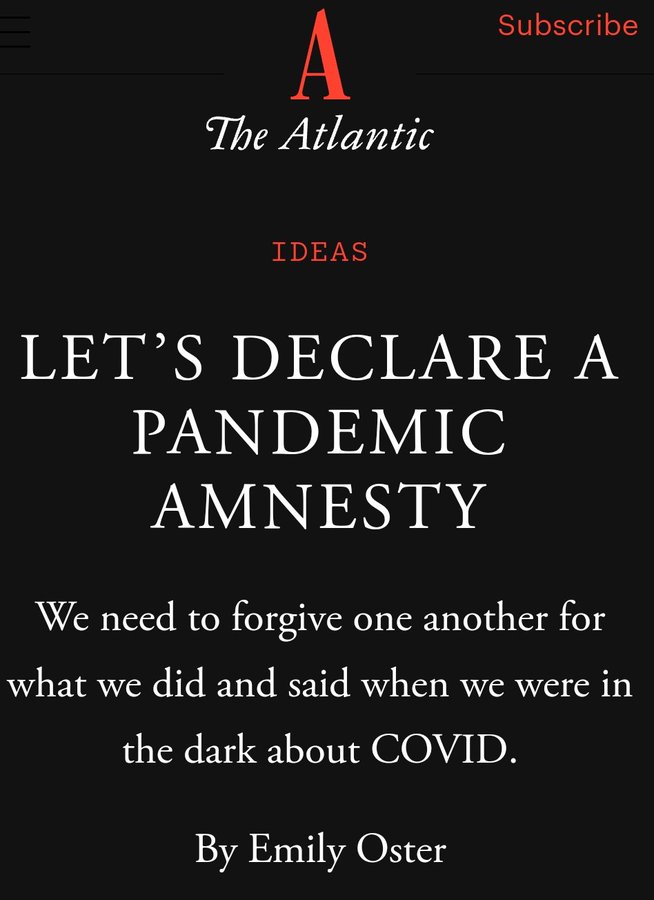 There are many who were up to their eyeballs in this who will now try to frame themselves as “the voice of reason” who was trying to introduce some rationality into the conversation.

We’re into the truly nauseating phase now, where every media whore, bluetard and imbecilic “expert” sombrely critiques the failures of Covid tyranny …as they frantically back-peddle away from their own complicity… https://t.co/9mFDpgCCD4

“Sooner or Later Everyone Sits Down to a Banquet of Consequences”

If the globally botched pandemic response accomplished one thing, it was to open many people’s eyes to how obsolete and ill equipped our current institutions are for handling a global crisis in this new, decentralized, multi-polar world.

While these insular elites believed they had Divine Right to “re-imagine” every aspect of our lives for some grandiose Great Reset, it’s these sclerotic, self-serving institutions they inhabit who are going to get their asses re-imagined. With a vengeance.

Here’s what you can do to reclaim your life, and take your power back from those who abused it and used their positions against you:

You can put that pandemic amnesty where the sun don’t shine. pic.twitter.com/NGIaMvLb5L

There will be no pandemic amnesty. More likely, by the time this is all over, there will be pandemic tribunals.

Mark E. Jeftovic is the CEO of easyDNS, co-founder of Bombthrower Media, author and investor. Sign up for The Bombthrower mailing list to get updates straight into your inbox and get a free copy of The Crypto Capitalist Manifesto while you’re at it. Follow me on Gettr, Telegram or Twitter.

(TLB) published this article as posted by Tyler Durden and written by Mark Jeftovic via BombThrower.com,

1 Comment on No, There Will Not Be Any “Pandemic Amnesty”