The Department of Justice (DOJ) announced on Friday that the Obama administration’s Acting Homeland Security Inspector General and his former subordinate were indicted on 16 counts of theft and fraud.

(ZeroHedge)  The charges against 59-year-old Charles K. Edwards (Pictured) and his underling Murali Yamazula Venkata, 54, include theft of government property, wire fraud, aggravated identity theft, and conspiracy to defraud the United States. Venkata is also charged with destruction of records.

According to the allegations in the indictment, from October 2014 to April 2017, Edwards, Venkata, and others executed a scheme to defraud the U.S. government by stealing confidential and proprietary software from DHS Office of Inspector General (OIG), along with sensitive government databases containing personal identifying information (PII) of DHS and USPS employees, so that Edwards’s company, Delta Business Solutions, could later sell an enhanced version of DHS-OIG’s software to the Office of Inspector General for the U.S. Department of Agriculture at a profit.  Although Edwards had left DHS-OIG in December 2013, he continued to leverage his relationship with Venkata and other DHS-OIG employees to steal the software and the sensitive government databases. -DOJ 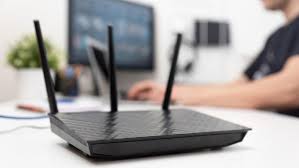 Edwards is also accused of employing Indian software developers for the purpose of developing his ripoff of DHS’s software.

(TLB) published this article from ZeroHedge as compiled and commented by Tyler Durden.

James Comey arrived for a second day of questioning from the House Oversight and Judiciary Committees. [Video]

3 years Devotion by US Media to protecting Press Freedom, How about Assange?

Michael Snyder: We Are In So Much Trouble [Video]