Obama manipulated the deal to provide a method of secretly transporting the Uranium One uranium out of the US, to Canada, Europe and Asia despite promises otherwise…

The interview with John Solomon of the Hill [pictured here] and Sarah Carter exposes another false claim that was made by the Obama regime and others who stood to benefit from the Uranium One deal, that none of our uranium would be exported outside of the United States.

Solomon says that claim is “definitely disproven,” there’s not any doubt that the Nuclear Regulatory Commission authorized, through a back door, a third party license to let Uranium One export to Canada and then according to the Department of Energy records and according to a statement that Uranium One gave us, some of that uranium left Canada and went to Europe and possibly to Asia.”

Asked if we know where in Europe or Asia, Solomon replies that we do not, that “it’s proprietary information, the final destinations, at least so far, we’ve not been able to get that.”

He notes that they’ll keep digging but says “The most important point is we’re a country that has to import most of our uranium. Here’s uranium in the United States and for some reason we let it go to Canada and possibly to Europe and beyond.

He notes those were the concerns of lawmakers who objected at the time, and the assurances they were given are now exposed as lies. Hannity questions Solomon on another aspect of his reporting which links Hussein Obama directly to the nefarious deal. 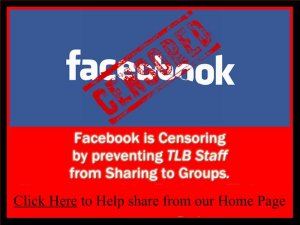 Hannity says, “Barack Obama purposely manipulated the process to allow this trucking company to be the conduit by which they got the uranium out of the country.” Solomon explains there were a series of decisions made by the Obama administration, time and time again between 2010 and 2012, that are incredibly favorable to Rosatom, the state owned Russian nuclear energy industry.”

He notes, “Time and again these decisions are being made while the FBI knows that there is criminality going on by that company’s executives.” Hannity injects the examples of “bribery, extortion, money laundering, racketeering and so on.”

Solomon continues, “And there’s a second thing that I’m just starting to report out now but there were also concerns in the Obama administration, very specific concerns that Russia was engaged in a uranium scheme, that it was going to get enough control of Uranium, dump it on the market, drive all the prices down and put all the other people out of business.”

He says, “Those are two legitimate national security concerns that don’t seem to have an effect on all of these giveaways. Sara Carter also has troubling information about a Department of Energy employee that she shares.

Rick says… Thank you for reading and sharing my work –  Please look for me, Rick Wells athttps://www.facebook.com/RickRWells/, https://gab.ai/RickRWells,https://plus.google.com/u/0/+RickwellsUs and on my website http://RickWells.US  – Please SUBSCRIBE in the right sidebar at RickWells.US, (not dot com), and also follow me on Twitter @RickRWells.

Americans Must Rise Up Now, Just Like People In Lebanon & France