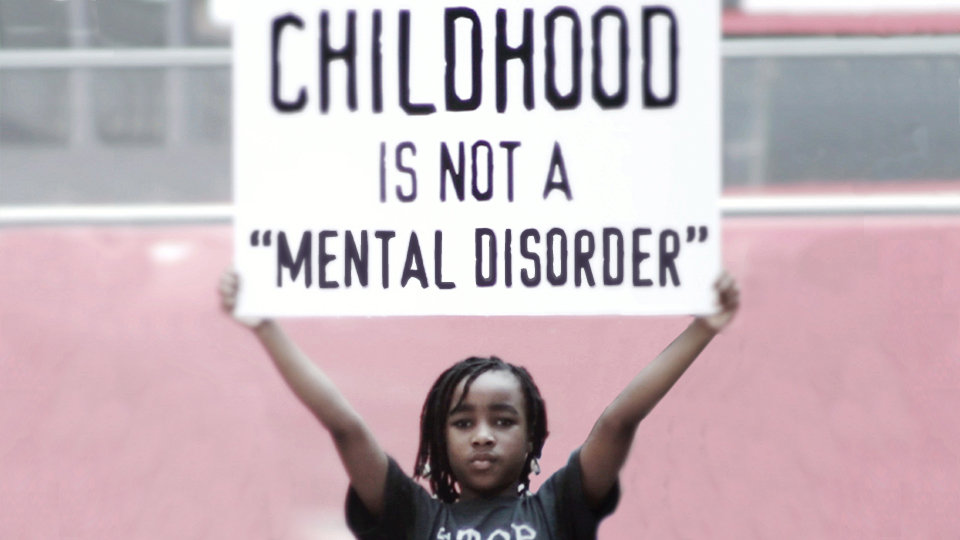 “The NAACP says it will work with advocates to “oppose the misdiagnosis and over-prescription of psychotropic drugs for children” and calls for Child, Family and Foster Care agencies and Juvenile detention and probation systems to implement safeguards against the potential physical abuse and injury these drugs may cause.“

Resolution on the Psychotropic Drugging of Children

One of the NAACP Resolutions passed unanimously in July 2017 on the “Psychotropic Drugging of Children” says that “Persons of color are overrepresented in high poverty areas and an analysis of national Medicaid claims for foster youth found 49 percent were on antipsychotics and 48 percent were on antidepressants, despite a ‘black box’ warning—the Food and Drug Administration’s (FDA) most serious drug labeling—that antidepressants may increase the risk of suicidal thinking and behavior in children, adolescents, and young adults.”

The Resolution describes the indiscriminate use of psychotropic drugs on children as potential child endangerment and abuse, citing documented drug side effects that include stroke, diabetes, pancreatitis, cardiac issues, suicidal thoughts, and even death. The NAACP says it will work with advocates to “oppose the misdiagnosis and over-prescription of psychotropic drugs for children” and calls for Child, Family and Foster Care agencies and Juvenile detention and probation systems to implement safeguards against the potential physical abuse and injury these drugs may cause.

Rev. Frederick Shaw Jr., the National Director of Public Affairs for the CCHR International, who is a former Los Angeles Sheriff’s Deputy and currently a Vice President of the Inglewood/South Bay chapter, helped author the resolutions that were passed at the 108th Annual NAACP Convention held recently in Baltimore.  He said there is an over-representation today of African American children being placed in foster care and in special education where they are prescribed potent mind-altering drugs.

A second NAACP Resolution calls for a banning of electroshock treatment on children, youths and young adults up to the age of 21. Electroshock, also known as Electroconvulsive Therapy or ECT, involves up to 450 volts of electricity sent through the brain causing a massive convulsion to theoretically relieve, but not cure depression. The Food and Drug Administration (FDA) reports adverse effects from ECT that include cardiovascular (heart) complications; cognition and memory impairment; death; dental/oral trauma; device malfunction; manic symptoms; pain/discomfort; physical trauma; pulmonary (lung) complications; potential worsening of psychiatric symptoms and brain damage.[1]

The FDA is currently reviewing whether the ECT device, which manufacturers have never been required to provide clinical studies to prove is safe or effective, should be reduced in its risk classification. If successful, this would broaden its use, including children whose developing brains are more likely to be more damaged by the shock. The NAACP Resolution says it “vehemently opposes any attempt by the FDA to reduce the risk classification of the ECT device.”

The Resolution points to four U.S. states—California, Colorado, Texas and Tennessee—having banned the pediatric use of electroshock and a United Nations report on Torture that recommends “an absolute ban on all forced” electroshock.  African Americans are more at risk of this potentially brain-damaging procedure as “psychiatrists now diagnose African American men in mental hospitals as having a serious mental disorder at a rate of up to 1,500 percent higher than white men,” according to the Resolution.[2]

CCHR was first to obtain state legislation banning the use of electroshock treatment (ECT) on children and adolescents in 1976 in California and also wants to see a nationwide ban on the practice of administering ECT for mental health or behavioral problems.

The FDA’s proposal to reduce the ECT risk classification has been opposed by thousands of individuals and a Citizens Petition was filed with the FDA Commissioner last year indicating this. An amendment to that Petition was provided to the FDA, dated July 29, 2017, which reinforced the treatment’s risks, stating:

Over a two-year period, the Florida Dept. of Juvenile Justice bought 326,081 tablets of antipsychotic drugs for use in state-operated jails and homes for children. That’s enough to hand out 446 pills a day, seven days a week, for two years in a row, to kids in jails and programs that can hold no more than 2,300 boys and girls on a given day.

These children and teens need greater protections, he said. For example, over a two-year period, the Florida Department of Juvenile Justice bought 326,081 tablets of antipsychotic drugs for use in state-operated jails and homes for children. That’s enough to hand out 446 pills a day, seven days a week, for two years in a row, to kids in jails and programs that can hold no more than 2,300 boys and girls on a given day.[4]

Research indicates that antipsychotics may shrink the brain and there is little data on how they affect brain development during the teen years when the brain grows more than at any other time but infancy. Indeed, youth are more vulnerable than any other group to the drugs’ worst side effects, according to a TIME article in 2011.[5]

Federal policies have also “allowed for the introduction of disproportionate behavioral-stimulant use with Black males as a mode of social control,” reported researchers of the study, “Controlling the Black School-Age Male: Psychotropic Medications and the Circumvention of Public Law….”[6]

Rev. Shaw said that historically, African Americans’ response to discrimination and oppression has been labeled as a mental disorder. Professors Herb Kutchins and Stuart Kirk also report: “Defenders of slavery, proponents of racial segregation…have consistently attempted to justify oppression by inventing new mental illnesses and by reporting higher rates of abnormality among African Americans or other minorities.”[7]

Today, African American students are more than twice as likely to be labeled cognitively “deficient” than white American students. Although they comprise only 17% of the student population African Americans represent 33% of those enrolled in programs for the “mentally challenged.”[9] “Special education” classes are just a new form of segregation, says Rev. Shaw. “This is literally a fight for kids’ lives,” he added.

Rev. Shaw wants to see nationwide support for the NAACP Resolutions and said that while it is clear that children and youths can face serious problems in life, “we have to work to provide humane and workable social services for them. We need effective medical—not mind-numbing psychiatric—help; good nutrition; a healthy, safe environment and activities that promote confidence. Effective education will also do far more for a troubled person than drugging, shocks, and other damaging psychiatric practices,” he says.

As a non-profit, public benefit organization, CCHR has been responsible for helping obtain over 180 laws enacted, including the 2004 Federal Child Medication Safety Amendment that prohibits schools from forcing children to take psychotropic drugs as a requisite for their education. Click here to support the “Fight for Kids” campaign.

[4] “Drugging the Vulnerable: Atypical Antipsychotics in Children and the Elderly,” TIME, 26 May 2011, http://healthland.time.com/2011/05/26/why-children-and-the-elderly-are-so-drugged-up-on-antipsychotics/

[5] “Drugging the Vulnerable: Atypical Antipsychotics in Children and the Elderly,” TIME, 26 May 2011, http://healthland.time.com/2011/05/26/why-children-and-the-elderly-are-so-drugged-up-on-antipsychotics/

The above article comes from the Citizens Commission on Human Rights (CCHR) Visit CCHR for many more great articles.

TLB Special: Psychiatry, Voodoo Science and the Invasion of Our Minds

Myths, fibs, fraud and fakery: who the heck put these shysters in charge of mental health?

Why War? Building On the Legacy of Einstein, Freud & Gandhi