The CIA has its own investment capital firm called “In-Q-Tel,” and it’s been funding innovative tech firms for years. This is both good news and bad. One the one hand, it allows the CIA to invest in technologies they deem useful for the intelligence community; however, some of these technologies are a little creepy when it comes to personal space and privacy.

In-Q-Tel has the ability to reach deep into the pockets of the U.S. government’s Black Budget, which is pretty hefty given that the Washington Post reported that a staggering $52.6 billion was set aside for Black Budget operations in fiscal year 2013. If you’re unfamiliar with the Black Budget program, that’s not very surprising; the entire point of the program is to keep these funds and the programs within it top secret.

To learn more, check out the following CE article:

“The Black Budget.” This Is What The ‘Secret Government’ Doesn’t Want You To Know

Though these investments are much smaller than the total Black Budget spendings, amounting from somewhere between $500K and $2 million per investment as per a 2005 story in Washington Post, they’re still strategic contributions made in hopes of using the technology in the future.

Here’s a list of 14 firms the CIA has funded:

The CIA invested in Cylance last year, the company behind the product CylancePROTECT. It uses artificial intelligence to distinguish whether or not a file is malware prior to opening it, and if it detects it as malware, it can prevent it from being opened entirely. It’s easy to understand why an intelligence agency would love to have this product on their hands, or anyone else, for that matter.

The CIA invested in this company last year as well. Orbital Insight will search through millions of satellite images of Earth in order to answer a variety of questions. It could count the precise number of cars on a highway and all sorts of other things. Can you imagine how much data is stored in satellite images?

The company intended to use the data to help big box stores understand how they’re performing by determining how many people walk in and out of their stores, how many people are parked in their parking lots, etc.

It would be fascinating to know how the CIA would use this technology, because it would essentially give the intelligence agency insight into operations occurring all over the world. Talk about “Big Brother!”

The CIA invested in Cyphy (pronounced Sci Fi) in 2015, which has designed a drone that can spy on anyone from up to 10,000 feet high. That’s right, you may not even know that someone’s spying on you, even if you’re in the middle of nowhere!

That’s not all though — the company even has a tiny drone called a “pocket flyer” which can fly through doors and windows and is small enough to fit in your pocket. Again, it’s easy to understand how the CIA could use this technology, particularly in military or undercover operations, but it’s still a little creepy.

An investment that In-Q-Tel made in 2015, BlueLine Grid created a platform for communication that’s entirely web-based, similar to Slack (a communication platform that’s become popular amongst smaller and online-based businesses).

GridTeam is the name of the platform, and it’s extremely secure, allowing users to share messages, images, and even files quickly and safely. It can even host conference calls! The app is typically used by law enforcement and first responders, but since it was designed with security in mind, it’s understandable why the CIA would consider taking advantage as well.

In addition, the company also designed an app that works with you, sort of like a personal trainer. It’s effective enough that it would literally know whether or not you did the exact amount of push-ups asked of you, which is pretty neat!

An investment made by the CIA in 2014, Fuel3d created a handheld device that can literally scan anything in an instant, including three dimensional items. The device is called Scanify, and it’s already being used to advance different industries!

For example, full-face scans have been used to create and design eyewear, and it can even build 3-D models to help solve crime scenes. Who knows how the CIA would use this technology, but the opportunities seem endless.

Perhaps one of the creepiest investments made to date, the CIA invested in MindMeld in 2014, which is creating a voice command system for practically everything. Think of Siri for your iPhone, but then applying that wide-scale. Seriously, imagine a voice-activated computer, oven, anything.

The creepy part is, this means that your appliances and electronics are always listening to you, which begs the question, where’s all that data being stored, and who’s listening to it? It’s pretty interesting to ponder how the CIA would use this technology if it were to be implemented large-scale.

The CIA invested in this technology in 2012, and it has some pretty incredible capabilities. The company designed a device that allows DNA to be completely analyzed in a matter of minutes. Typically, this process takes hours and requires DNA samples to be sent to a lab, which then need time to be analyzed.

Instead, this handheld, portable device allows you to analyze the DNA immediately — no lab time required.

The CIA invested in this company back in 2009, and it’s pretty cool. Imagine a fun adventure/spy movie in which high-level spies are communicating with one another on tiny, fancy ear pieces. Well, Sonitus makes this a reality but takes it one step further, as their tiny products go inside the mouth and allow users to communicate with one another.

These products can be used in even the nosiest of environments, like during skydiving!

The CIA invested in this company in 2005, and some U.S. spies are already using their software. Palantir’s software is able to connect tons of data from the CIA, NSA, and other intelligence agencies. The military can use it to establish who built certain bombs, detectives can use it to build a greater understanding of different criminals and their connections, and more.

This investment was made in 2004, and it serves as one of the oldest startups the CIA invested in, as the company was born in 1948. The company has supplied the military with numerous high-tech gadgets, so the investment has certainly paid off.

For example, BBN’s “Boomerang” technology communicates to helicopters and on-ground personnel when they’re being fired at, tells them where the firing came from, and it even has advanced speech recognition capabilities to help military personnel comprehend different languages.

The CIA invested in this firm in 2003, which has developed an extremely advanced 3D mapping technology that allows people to literally “fly” over different places. Think of Google Earth, because that’s how Google actually created that! Google bought the company in 2004 and used it to create its infamous mapping technologies.

Other technologies the firm created, included EarthViewer, work similarly and have been used by troops during the Iraq War.

In-Q-Tel invested in this company in 2004, whose software can actually take a foreign document, analyze it, and then translate it. It’s so advanced that it can even identify when something is written in different contexts. This was obviously a great investment for the CIA, as I’m sure anyone could find use for it!

The CIA invested in Oculis Labs in 2011, which designed products to stop people from eavesdropping on your technology. Its technologies, called PrivateEye and Chameleon, can literally track whether the mobile or computer user is looking at the screen and will only display the contents of the screen to the user. So, if anyone else tries to use the monitor, they can’t, because once the user turns away, the screen is no longer visible.

Interestingly enough, someone two feet away peering at the screen behind the user still wouldn’t be able to see the screen, so it inhibits even the most persistent of “Peeping Toms.”

It’s pretty neat to think that all of these technologies exist, and in many ways it can be comforting to know the CIA is investing in them. However, it’s no secret that the U.S. government has also been a bit of a “Peeping Tom” themselves, so let’s hope that our privacy isn’t invaded any more than it already has been.

With our thanks  to  Kalee Brown, TLB republished this article from Collective Evolution.

Author Kalee Brown tells us about her self,,, 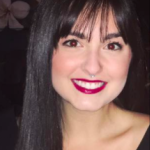 I work full time as a writer & in social media at Collective Evolution. My education background is in business, economics, accounting & environmental studies. I am extremely passionate about environmental sustainability, yoga, health, veganism, and animal rights. Please feel free to reach out to me by email at kalee@collective-evolution.com or on linkedin

THE REAL NETWORK OF DEATH