Collins also cited what he calls Pelosi’s “unwillingness to abide by the Constitution.”

Republican Rep. Doug Collins has introduced a resolution calling for the removal of House Speaker Nancy Pelosi based on what he perceives as her mental decline – days after Pelosi announced legislation to look into President Trump’s physical and mental health. 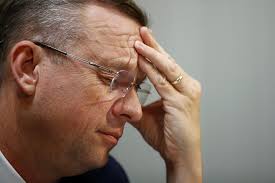 “Nancy Pelosi’s unwillingness to abide by the Constitution, combined with her recent actions, call into question her own mental fitness. It’s critical that the House of Representatives demand her removal from the line of succession,” Collins tweeted.

Collins’ resolution is not expected to move forward in the Democrat-controlled House, and Pelosi’s efforts, which attempt to remove the president based on the 25th amendment, will not pass in the GOP-led Senate.

Pelosi announced her legislative plan after Trump was released from Walter Reed medical center after being treated for the coronavirus.

Things are Worse Than We Imagined in China