(ZeroHedge) Six months after Hungarian President Viktor Orban succeeded in driving his former mentor, and current neemsis George Soros out of Hungary, the Hungarian-born billionaire financier and his “Open Society” Foundation that has financed an army of liberal NGOs across Europe and the US has been driven out of yet another country.

According to the Guardian, Soros’ Open Society Foundation is formally withdrawing from Turkey after the founder of its Turkey organization was arrested and charged with supporting an opposition figure accused of trying to overthrow the government of Turkish President Recep Tayyip Erdogan. 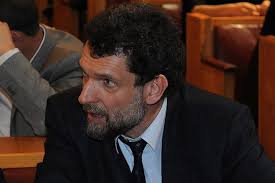 Back in May, OS closed its Budapest Office and moved its operations to Berlin after the country passed an “Stop Soros” law aimed at making it more difficult for foreign NGOs to operate in the country.

In a speech last week, Erdogan accused Soros of trying to sow instability and discord in Turkish society, and of organizing destabilizing protests.

One of its founders in Turkey, Hakan Altinay, was among 13 people detained 10 days ago. They were accused of supporting jailed rights activist Osman Kavala in trying to overthrow the government through mass protests.

In a speech last week, Erdoğan linked those arrests to Soros. “The person [Kavala] who financed terrorists during the Gezi incidents is already in prison,” he told a meeting of local administrators.

“And who is behind him? The famous Hungarian Jew Soros. This is a man who assigns people to divide nations and shatter them. He has so much money and he spends it this way.”

The foundation said that “new investigations” were trying to link it to the Gezi protests. “These efforts are not new and they are outside reality,” it said

The foundation said it would apply for the legal liquidation of its operations as soon as possible.

According to the New York Times, a representative for Open Society said maintaining the organization’s operations in Istanbul had become “completely untenable.”

“We are deeply dismayed and disappointed that the foundation had to close,” an Open Society spokeswoman, Laura Silber, said on Monday. But, she said, “it became completely untenable.”

Open Society purports to support “justice and human rights” in more than 100 countries; but in more recent years, it has primarily focused on Soros’ liberal agenda of open borders and free trade while resisting the wave of populist sentiment that has swept across Europe and the US.

(TLB) published this article from ZeroHedge as compiled and commented on by Tyler Durden with our thanks.

Read more about George Soros from The Liberty Beacon:

“Europe Is Dying” – 50,000 Polish ‘Patriots’ March To Save Country From “Disastrous European Union”