Stumbling Towards Catastrophe: The New Cold War With China

With tensions between the US and China at an all-time high, experts warn the two powers are closer to a military confrontation than ever before. A war with China should be unthinkable in Washington since the conflict could be catastrophic to the entire world as the threat of it erupting into a full-blown nuclear war is very real. But with a deteriorating trade relationship, tension over the Covid-19 pandemic, increased US Navy activity in the Pacific, new sanctions aimed at Chinese officials, and hostile rhetoric coming from the Trump administration, the unthinkable is becoming more and more likely.

Secretary of State Mike Pompeo announced new sanctions on Friday aimed at “current and former” Chinese Communist Party (CCP) officials, accusing them of violating Hong Kong’s autonomy. Hong Kong has served as a stage for recent US meddling, with Washington openly supporting the protests that rocked the city since March 2019. The Trump administration accused Beijing of violating Hong Kong’s autonomy with a new national security law made for the city, a bill designed to quell protests.

The Senate just passed the Hong Kong Autonomy Act, which would sanction “foreign individuals and entities that materially contribute to China’s failure to preserve Hong Kong’s autonomy.” The new legislation is the Senate’s response to the Hong Kong national security law. Congress is also keen on confronting China militarily, with lawmakers working out a plan to give the Pentagon funds to increase its footprint in the region, a plan dubbed the “Indo-Pacific Deterrence Initiative.” Secretary of Defense Mark Esper has repeatedly identified China as the Pentagon’s number one priority.

President Trump signed the Uyghur Human Rights Policy Act into law on June 17th, a bill that will enable even more sanctions against Chinese officials over China’s treatment of Uyghur Muslims in the Xinjiang province. The Trump administration published a document last week that listed 20 Chinese companies and accused them of being arms of China’s military, the People’s Liberation Army (PLA). Although nothing in the document substantiated the claim, it opens the possibility of Washington taking actions against the companies listed, like sanctions, which have become a staple of the administration.

The telecommunications company Huawei was included in the list of companies allegedly run by the PLA. Huawei, a major player in 5G technologies, has been banned from the US. The Trump administration is working hard to prevent other countries from doing business with Huawei and continues to pressure its allies into not accepting the company’s 5G technology. The common accusation against Huawei is that its equipment could be used to spy on other countries, an accusation that rings hollow coming from the US, a country that can track cell phones all over the world, as revealed by the leaks from former NSA contractor Edward Snowden. 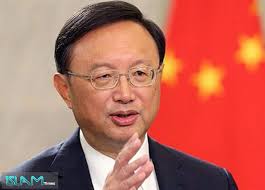 These latest economic provocations came after the US and China signed the Phase One trade deal in January. According to The Wall Street Journal, when Mike Pompeo met with China’s top diplomat Yang Jiechi (Pictured) in Hawaii on June 18th, Yang warned Washington’s recent meddling in Beijing’s affairs could jeopardize the trade deal. Yang listed Hong Kong and Taiwan as areas where the US meddles and expressed “strong dissatisfaction” with President Trump’s signing of the Uyghur Human Rights Act.

The increase in tensions between the US and China is due in large part to the Covid-19 pandemic. Top officials in the White House, including the president, have accused Beijing of a cover-up in the early days of the outbreak. In an interview with Fox News last week, White House trade advisor Peter Navarro was asked if the phase one trade deal was over. Navarro responded, “it’s over,” his reasoning being the fact that the Chinese officials who signed the agreement in Washington on January 15th did not mention the pandemic. Navarro claims the White House first heard of the pandemic after the Chinese diplomats’ plane took off, although Covid-19 was already in the news days before.

Navarro quickly recanted his statement on the trade deal and said he was taken “wildly out of context” in the interview. “I was simply speaking to the lack of trust we now have of the Chinese Communist Party after they lied about the origins of the China virus and foisted a pandemic upon the world,” Navarro said. President Trump took to Twitter to ensure that the trade deal is still “fully intact.” 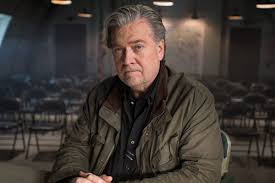 In the early days of the Trump administration, Navarro and former White House strategist Steve Bannon (Pictured) fought hard to push President Trump to put tariffs on Chinese goods, a battle they won. Bannon, a self-described ultra-hawk when it comes to China, has been crusading against the CCP since he left the White House. In a recent interview with Asia Times, when asked if Washington should pursue regime change in Beijing, Bannon said, “I don’t think Asia can be free, until we’ve had regime change in Beijing. And I am an absolute advocate of that.”

Bannon denied rumors that he was joining the Trump campaign for 2020 but ensured many of his friends and colleagues will be on the president’s team. “One hundred and twenty percent of my time right now is spent on taking down the Chinese Communist Party, with the Committee on the Present Danger,” Bannon said. The Committee on Present Danger: China (CPD) is an incredibly hawkish think-tank started by Bannon and neoconservative Frank Gaffney in 2019.

On June 5th, the CPD published an essay titled “To the Americans Who Are on Their Knees,” which Gaffney and CPD chair Brian Kennedy called “the single most important call in a generation aimed at enabling our countrymen and women to recognize and respond appropriately to a present danger.” The essay addresses the protests that erupted across the US in the wake of the killing of George Floyd. The author claims the American left leading the movement is the “catspaw” of foreign powers. “First, the police will be defunded; second, the Revolution will defund the US military; third, the Chinese and Russians will bomb and invade the country,” the essay reads.

This tirade could be dismissed as the ramblings of a crazed hawk, but a link to the essay remains in prominence on the CPD’s front page, and the think-tank’s message gets through to the White House. The group recently sent a letter to President Trump, praising him for releasing the list of 20 companies that are allegedly run by the PLA and gave the president advice on possible steps forward.

Some of the tamer rhetoric coming from the CPD and right-wing populists like Bannon resonates with many Americans. There are real concerns regarding US reliance on Chinese manufacturing, something that was exposed by the Covid-19 pandemic when the US faced shortages of personal protective equipment. The loss of American jobs to China is another talking point that gets through to people on the right and the left. There is a consensus among both groups that corporations sold out the American people when they exported manufacturing to China.

Despite the rhetoric, the fact that the US and China are each other’s largest trading partners has its benefits. This fact is enough to discourage officials on both sides from turning this Cold War into a hot one. But as trade relations sour, and President Trump openly considers completely “decoupling” from China, the risk of a shooting war is much higher.

The prophetic Justin Raimondo put it best in a March 2008 column titled, “Why They Hate China.” Justin wrote:

“If goods don’t cross borders, then armies soon will – a historical truism noted by many before me, and with good reason. Let it be a warning to all those anti-free trade, antiwar types of the Right as well as the Left – you’ll soon be jumping on the War Party’s bandwagon when it comes China’s turn to play the role of global bogeyman. The way things are going, that day may come soon enough.”

Justin’s words are something to reflect on while the US and China are careening towards war and people on the left and the right continue to demonize Beijing. While there are real concerns to be had with China’s human rights abuses, US intervention will undoubtedly make the situation worse. And hawks like Steve Bannon disguise their neocon hopes of regime-change in a country of 1.4 billion people as populist rhetoric to fool Americans into consenting to this new Cold War. Washington has a history of stumbling into catastrophe in East Asia. From Manila to Pyongyang, US adventurism in the region has left millions dead in its wake, a war with China will kill millions more — a potential catastrophe that must be avoided.

Reprinted with permission from Antiwar.com.

(Article from The Ron Paul Institute)

(TLB) published this article from The Ron Paul Institute We appreciate Dr. Paul for making this material and perspective available.