The Monstrous Lie Behind CrowdStrike

There’s a simple explanation for the Democratic National Committee’s unwillingness to let outsiders have a peek at evidence its servers were infiltrated by the Russians in 2016: There isn’t any. The Russian hacking that’s caused so much division and turmoil at home and abroad never really happened. It was all a ruse.

Robert Mueller’s investigation into the 2016 presidential election was predicated largely on the claim Russian intelligence had hacked the Democratic National Committee’s servers ahead of the November election. Russia’s guilt is such an article of faith among our political class that a Republican-controlled Congress imposed sanctions on Russia and President Trump signed on, substantially worsening relations with an important and potentially dangerous nation.

Since those sanctions were imposed, Mueller’s team confirmed the Russian espionage they were meant to punish. Since its publication last year, the Washington establishment has treated the Mueller report almost as a sacred document.

Outside the Acela Corridor, however, one finds more skepticism.

A lot of ordinary folks just can’t stop wondering why the DNC wouldn’t let any federal investigators examine their servers. Only CrowdStrike, an independent contractor on the DNC’s payroll, was allowed to do so. CrowdStrike executive Robert Johnson (Pictured here) appeared on “60 Minutes” to address concerns that his firm hadn’t been completely forthcoming with its findings. But he only succeeded in raising more questions by claiming that the “FBI got what it needed and what it wanted.”

Even if the self-proclaimed “hard-hitting” investigators at “60 Minutes” couldn’t be bothered to spend 30 minutes researching such an important story, Johnson himself had to know he wasn’t telling the truth. 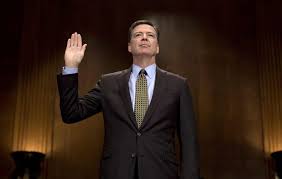 On no less than three occasions before President Trump fired him, FBI Director James Comey (Pictured) testified to Congress about the DNC’s strange unwillingness to let his agency examine their servers in a case they were simultaneously hyping as akin to “an act of war.” Comey testified that the DNC rejected the FBI’s “[m]ultiple requests at different levels” to collect forensic evidence.

A week before Comey testified in January 2017, the DNC had already tried palming off Johnson’s lie and were sternly contradicted the very next day. A senior FBI official told The Hill that his agency “repeatedly stressed to DNC officials the necessity of obtaining direct access to servers and data, only to be rebuffed until well after the initial compromise.” According to The Hill’s source, far from getting everything the bureau wanted, “the FBI [had] no choice but to rely upon” CrowdStrike.

Johnson also must know the FBI isn’t even the only federal agency who ran into a brick wall when they took the DNC’s hysterical spiel about Russian espionage seriously. Obama Homeland Security Secretary Jeh Johnson told Congress he couldn’t even get the DNC to discuss the case with anyone from his agency, even though election security falls under its official purview. The homeland security chief was so disconcerted that he twice told Congress he “should have brought a sleeping bag and camped out in front of” the party’s headquarters.

But Congress never got the chance to ask anyone from CrowdStrike about the peculiar circumstances surrounding its “investigation.” For some strange reason, the executives representing the only entity to inspect the DNC servers refused to discuss the matter under oath.

The crack team of investigative journalists at “60 Minutes” also somehow failed to uncover that, just six months after accusing the Russians of hacking the DNC, CrowdStrike issued a report accusing the very same alleged Russian hackers of having penetrated into some Ukrainian artillery software that was so riddled with errors they were forced to retract it. Perhaps the “60 Minutes” team was too busy telling the rest of us how awesome they are to learn that other actors were known to have been in possession of the malware to which CrowdStrike claimed Russian intelligence had exclusive access since 2015. 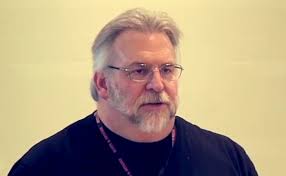 Among other problems with the technical aspects of CrowdStrike’s story, the malware which the company claims was used to broadcast Ukrainian artillery positions to the Russians turned out not even to “use GPS nor does it ask for GPS location information.” Jeffrey Carr  (Pictured), the cybersecurity consultant who exposed CrowdStrike’s bogus accusations against the Russians, wryly noted, “[t]hat’s a surprising design flaw for custom-made malware whose alleged objective was to collect and transmit location data.”

“60 Minutes’” gaslighting only succeeded in confirming that the program’s self-proclaimed reputation as fierce and thorough investigators is a joke. And it underscored ordinary folks’ concerns about the DNC’s refusal to cooperate with federal officials.

Moreover, a bunch of not-so-ordinary folks who know a thing or two about computers think there’s a simple explanation for the DNC’s unwillingness to let outsiders have a peek at the evidence: There isn’t any.

The Fabricated “Predicate” to Spy on the Trump Campaign

A Whole Branch of Science turns out to be Fake