The United Nations intends to replace Capitalism and Free Enterprise with its Green Economy, or Sustainable Development. However, its concepts of development and economy are deeply flawed and reminiscent of fringe ideas from the Great Depression era. (For a full discussion of Technocracy in the 1930s, see Technocracy Rising: The Trojan Horse of Global Transformation.)

Sustainable Development, as most recently promoted by the UN’s 2030 Agenda Conference in New York at the end of September 2015, blatantly promises to end poverty everywhere, provide work with dignity and life-long education for all.

Leaders from virtually every nation on Earth jumped on the bandwagon and made politically binding commitments to rapidly implement Sustainable Development in their home countries. Of course, the United Nations will be there to help them every step of the way.

The catch is: Who will specify and enforce the envisioned “sustainable production and consumption” practices that are only mentioned in passing as a requirement for Sustainable Development and Green Economy?

In fact, we should demand answers from these would-be social engineers and technocrats as to exactly who will be making all of these decisions for us, and on what criteria.

And in any case, why are these technocrats masquerading as economists?

The United Nations Division for Sustainable Development (UNDESA) published in 2002 A Guidebook to the Green Economy: Exploring Green Economy Principles. On page 5, the following “principles of a green economy” are listed:

Although the Guidebook contains several similar lists that attempt to define Green Economy, this one will suffice for this discussion.

In particular, what are these “Principles” that are only mentioned but not defined? The Guidebook provides further explanation. For instance, the Earth Integrity Principle (item 4 above) reveals,

“The Earth, her natural communities and ecosystems, possess the inalienable right to exist, flourish and evolve, and to continue the vital cycles, structures, functions and processes that sustain all beings. Every human has the duty to protect her.”

It is plain that this is not an economic proposition at all, but rather a religious one: Earth is a female entity that has “inalienable rights to exist” and demands to be served and protected. Really?

The Dignity Principle (item 3 above) states that it “upholds that every human being, now and in the future, has the right to livelihood. Poverty eradication and redistribution of wealth should be the main priority of governance and measured in those terms.”

There is no dignity in wealth redistribution.

Furthermore, this is not a matter of economic theory that might define an alternative theory to Capitalism and Free Enterprise. It simply states that one group will be chiseled out of their economic prosperity with the spoils going to another group that neither deserve nor has earned it. In America, this is called “stealing.”

On the UN Environmental Programme web site, it states,

“A green economy implies the decoupling of resource use and environmental impacts from economic growth… These investments, both public and private, provide the mechanism for the reconfiguration of businesses, infrastructure and institutions, and for the adoption of sustainable consumption and production processes.”

No economist I have ever known or studied would ever suggest that it is possible to decouple resource use from economic growth. Resources and all economic activities are inseparable. However, UNEP has no problem with this because it seeks to “reconfigure” infrastructure and institutions (i.e., government, regulations, etc.) for “the adoption of sustainable consumption and production processes.”

Oops. There they go again. Who will determine production and consumption?

In this writer’s strong opinion, proponents of Sustainable Development and Green Economy need to answer some pointed questions. And, they need to stop pretending to be economists, because they are not!

Indeed, they are Utopian ideologues who think they know better than you on just about everything.

Patrick Wood is an author and lecturer on elite globalization policies since the late 1970s. He is co-author with the late Antony C. Sutton of Trilaterals Over Washington, Volumes I and II. His latest book, Technocracy Rising: The Trojan Horse of Global Transformation, focuses on the role of science and technology in the quest for global domination, and the elite who are perpetrating it. 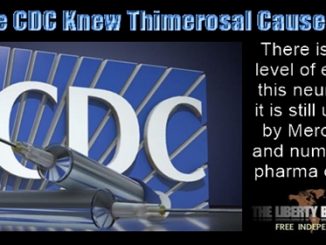 Are Agenda 21 and Common Core Death Cults in Disguise?