The New York Post op-ed portrays him as “Trumpty Dumpty” and says he “couldn’t build a wall.”

Former President Trump has responded to a New York Post op-ed blaming him for the lack of a “red wave” that the GOP was hoping for in the 2022 midterms.

Wednesday’s front page of the New York Post had a picture of the former President featured as Humpty Dumpty and referred to him as “Trumpty Dumpty” sitting on a wall. 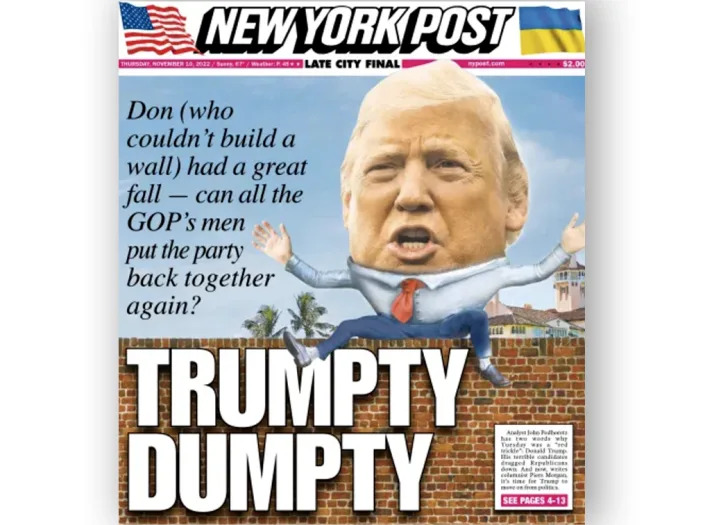 “Don (who couldn’t build a wall) had a great fall,” the Post headline read. “Can all the GOP’s men put the party back together again?”

Donald Trump responded to this criticism on his social media platform TRUTH Social.

“The New York Post today has a story about the Wall, but my progress on the Wall was slowed down by News Corp Board Member Paul Ryan, who together with the Broken Old Crow Mitch McConnell, weren’t able to get me the funds. I ended up getting them anyway, after two-and-a-half years of lawsuits, through another source, and completed the Wall plus certain additions that were made, which could have been done in three weeks, but no, the Biden Administration stupidly wanted Open Borders,” Trump said in a statement on TRUTH Social. 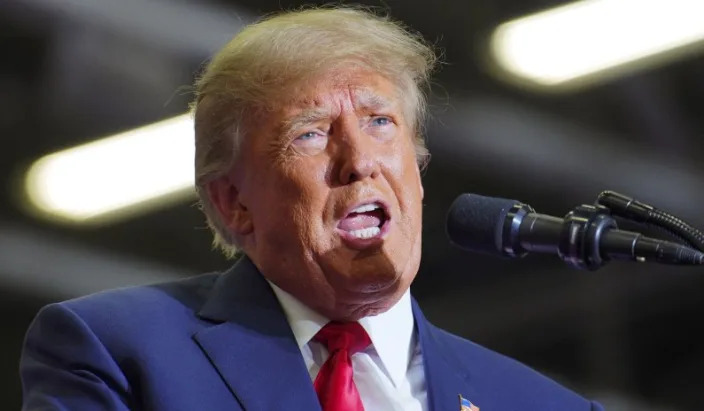 The former president also proceeded to go after Fox News and CNN.

Republicans won’t be affected by Trump’s jab at DeSantis, says Editor of the Florida Standard

Kamala’s ‘America is Back!’ tour will flop as US doesn’t have a strategy for Southeast Asia

Over 1.5 million people are now without power in California