But There’s A Bigger Bomb If You Fire Him”

During a conference call with campaign staff that White House reporters were bizarrely allowed to listen in on, President Trump complained that “there’s a bomb” every time Dr. Anthony Fauci goes on television, which is most days. 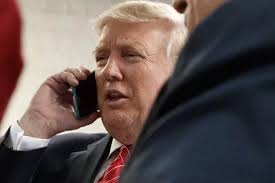 This is far from the first time President Trump has complained about the good doctor. But it might be the first time he’s offered some direct commentary on exactly why he won’t fire Dr. Fauci, even as Trump seems to have moved on with a new COVID-19 advisor, Dr. Scott Atlas, who has faced persecution by Big Tech for his views on how to approach COVID-19.

Though he conceded that the good doctor is “a nice guy” who has “been around for 500 years”, Trump said the problem with Dr. Fauci is that every time he goes on TV “there’s a bomb”, yet if you fire him, “there’s an even bigger bomb”.

With less than 3 weeks to go before election day, Trump also asserted that the American people are moving on from COVID-19 as cases rebound, while hospitalizations are also starting to creep higher. However, so far at least, deaths have been mostly subdued.

Confirming that he was speaking mostly off the cuff, Trump added after that if there was a reporter on the call (he didn’t seem to realize that multiple WH reporters were apparently listening) they could report it “just how I said it.”

“If there’s a reporter on you can have it just the way I said it, I couldn’t care less,” Trump said.

According to the NYT, Trump’s campaign manager had organized the call to discuss strategy, before Trump pivoted to Dr. Fauci, an issue that was clearly on his mind following the doctor’scriticisms of Trump’s campaign ads last week.

The NYT also brought up an interview with Dr. Fauci on ’60 Minutes’ last night where the doctor refuted Trump’s claims that the end of the outbreak is just around the corner.

Trump also reportedly called an NYT article claiming Trump was becoming increasingly dissatisfied with some of his aides – which followed Trump hinting that he might not bring back AG Bill Barr if elected for a second term due to his inability to charge any of the FBI officials involved with Operation Crossfire Hurricane despite the mountain of evidence suggesting some skulduggery was afoot as the FBI tried to put together an “insurance policy” to protect the nation from Trump.

“I love Mark Meadows,” Trump reportedly said (the NYT report focused on frictions between the president and his chief of staff). 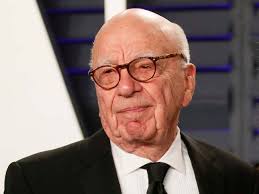 Finally, Trump also told staff that the Wall Street Journal – which is controlled by Rupert Murdoch, who also owns and controls the New York Post, the paper the published the string of damning reports about Hunter Biden’s influence-peddling abroad – is working on “an important story”.

Ex-whistleblower: It’s time for ‘new blood’ at NHI… Time for Fauci to go

2 Comments on Trump Slams “Idiot” Dr. Fauci: “Every Time He Goes On TV It’s A Bomb…