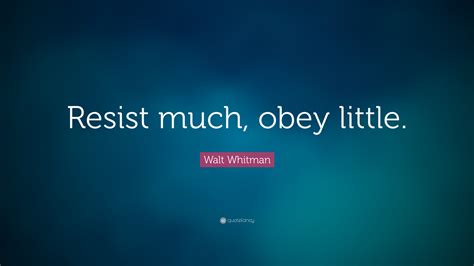 After four years of a sustained coup attempt to destroy the Presidency of Donald Trump, the Washington establishment now wants us, the deplorables, to sit down, shut up and accept a steal.

This is no longer about ensuring that Donald Trump, who won the election, remains as President. The issue is more profound. It is the preservation of our Republic and a demand for genuine accountability and fairness.

As I listen to the howls of faux outrage by a plethora of Democrat, Republican, media and Silicon Valley tech giants condemning any Trump supporter who dares speak out to challenge the election fraud of November 3rd, I have not forgotten and will not forget their lies and their silence.

When Black Lives Matter and Antifa ravaged some of our major cities over the last 9 months, these clowns did not denounce the rioting, looting and violence. They lied and called it peaceful protests. But the Silent Majority saw with their own eyes the desecration of statues, the assaults on law abiding citizens, the destruction of small businesses.

When disgruntled Democrats and Hollywood elite insisted, “Trump is not our President”, the media did not denounce them as “insurrectionists.” When Madonna called for blowing up the White House the only outrage came from Trump supporters. The rest of the establishment yawned and celebrated. When Kathy Griffiths, a low rent, untalented comedian, decapitated a model of Donald Trump, the media again shrugged this off as nothing of import.

The double standard, the gargantuan hypocrisy is stunning. And the Washington Establishment expects us to act as Alzheimer patients who can’t remember what we had for breakfast? No. We remember every act of resistance.

For more than four years we were fed the damnable lie that the Russians elected Donald Trump. Now we know that the FBI lied repeatedly in submitting false applications to the Foreign Intelligence Surveillance Court. So far, not one of those liars–Comey, McCabe, Strzok–have been called to account. Yet, supporters of Trump–General Michael Flynn and Roger Stone–were accused falsely of lying and prosecuted. Most true Americans recognize this as a flagrant violation of the basic concept of fairness and blind justice.

We are told to move along, nothing to see here. Yet, we have witnessed the metaphorical exploding of bombs, crashing of cars and know beyond doubt that there is overwhelming evidence of election fraud. Plenty to see if only one opens his or her eyes. We have seen the videos of ballots in suitcases being pulled from hidden stashes and run thru Dominion voting machines. We have seen live footage of those machines communicating via wifi with China. We have read the affidavit of a witness who hauled 400,000 filled in ballots from Beth Page, New York to Harrisburg, Pennsylvania. These are not conspiracy theories. These are pieces of tangible evidence.We have watched angry leftists burn American flags and have endured the lectures about the rights of those scum to express themselves. No arrests. Yet, the police turned out in force to arrest the African American leader of the Proud Boys for burning a Black Lives Matter banner. What the Hell? One set of rules for those who want to destroy America and another set for patriots who want to defend this Nation.

Do you remember Tom Brady and the accusation that he was using a “deflated” football? Congressional leaders had no problem trying to insert themselves into that controversy:

Last week, Republican Sen. Dean Heller of Nevada said in a statement, “I am seeking decisive actions ensuring all teams are playing according to the rules.” He called on the NFL to “restore the credibility of the game” by working with the NFL Players Association to get to the bottom of this.

Not to be outdone, Senate Minority Leader Harry Reid reportedly said, “I can’t believe the National Football League, with the billions of dollars it makes, couldn’t at least determine how much air should be in a football.”

Yet now, when the very future of our Republic stands on the precipice of disaster, Congressional leaders, Mitch McConnell in particular, refuse to look at the facts and condemn anyone who dares raise an objection.

So what do we do. Very simple. RESIST.

First, Joe Biden is not our President. He is a corrupt thief.

Second, if you are a registered Republican change your registration to Independent.

Third, do not send a single dime to any Republican who refused to stand with President Trump.

Fourth, contact your Senator and Representative and let them know you will not forget.

Fifth, continue to protest and speak out. Do not be cowed or bullied.

Sixth, refuse to support with your hard earned dollars any business or media outlet that is attacking you for exercising your fundamental right to protest.

After four years of being lied to about Russian interference in the 2016 we are now asked to believe the falsehood that this was the fairest election ever. Horseshit. The Washington elites, especially the Republican establishment, delusionally insist that this pile of festering manure is chocolate pudding. Sorry, I know excrement when I see it and smell it.

There is not enough lipstick in the world to make this pig of an election look like Marilyn Monroe in her prime.

(TLB) published this article from Sic Semper Tyrannis with our appreciation of this perspective.

Other articles by Larry C. Johnson

Mr. Johnson, who worked previously with the Central Intelligence Agency and U.S. State Department’s Office of Counter Terrorism, is a recognized expert in the fields of terrorism, aviation security, crisis and risk management.