Why Trump must win the election

The only thing worse than Trump is Biden

Trump bought the big lie: a computer projection claiming 2 million COVID deaths would occur in the US. This Neil Ferguson projection was funded by Bill Gates. It was nothing more than a scare tactic DESIGNED to convince national leaders to declare states of emergency and lock down their countries.

Trump fell for it (see also here). He issued the US state of emergency. He set the tone. He praised the upcoming vaccine, as if it were a new championship golf course. He vowed to use the military to inject Americans with the shot.

He presided over the massive hit to the national economy, the very cornerstone (“make America great again”) of his pitch and promise to voters.

He refused to assert, uncompromisingly, that COVID was nothing more than a severe season of flu-like illness, and we would live through it, as we always have.

I have explained why before, but it bears repeating.

Trump left the door open for US governors to devise their own “virus-containment” policies. Of course, this was no picnic, because all but a few governors are criminals. They deserve to be imprisoned for their COVID actions. Nevertheless…

This is better than what Biden is promising and fronting for: an overall coordinated national plan, mandated from the federal level, to “contain the virus.”

Biden represents a fascist scheme that would, if enacted, override the states and set up a dictatorship, the likes of which has never been seen on US soil.

Mandatory mask wearing for all citizens. National lockdowns declared at the whim of the White House. A vaccine federally mandated.

With Trump, you get glints of light; with Biden, you just get darkness.

Trump brought in Dr. Scott Atlas as a presidential coronavirus advisor. Atlas understands the whole public policy designed to “control the pandemic” is sheer madness. He has made this point several times, despite overwhelming opposition and attacks from the medical establishment and the press.

With Biden, there would be no Scott Atlas. Some Darth Vader would replace him. 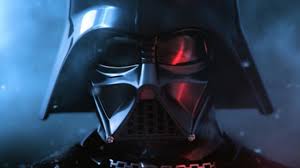 If America were a sinking boat, Trump would say, “Guess what? I’ve just discovered we’re carrying a million tons of bubble gum. We can use it to patch the holes in the hull.” Biden would say, “I promise you there is a new undersea kingdom all laid out for us, as we take on more water and drop below the waves. Join me in establishing an aquamarine era…”

For the longest time, it’s seemed the choice between presidential candidates has been insignificant, because both sides are corrupt beyond the telling of it. Both parties represent the same force bent on escalating federal power over the population, no matter what labels you might want to apply to the operation.

But now we are sitting in the middle of a (planned) crisis whose dimensions are so far-reaching and insidious, we’re experiencing political, economic, and human disintegration. Not long-term gradual corrosion. Short-term devouring of even the pretense of civilization.

So now, faced with the differences between these two presidential choices, we have to look for shreds of possibility, openings, paths for restoring freedom that haven’t been completely shut down.

And on that basis, the only thing worse than Trump is Biden.

Trump, mired in his delusion that he can escape responsibility for torpedoing the whole economy, hails the “the ongoing recovery.” Biden has been told he is the reincarnation of Franklin Roosevelt, and he can enforce a New Deal for the 21st century—after he completes the job of locking down America. He can create a federal works program that will tie the people to government for survival itself. After which the globalists and technocrats will move in and make the nation over into one great Smart City, with wall to wall surveillance, a currency reset, reduced energy quotas for all citizens, and the other accoutrements of high-tech slavery. Called Peace.

Trump is the fast-talking swaggering cowboy striding into a Wild West bar with his holsters open and his hands above his guns. He wears a two-cent badge he bought at an arcade. He tells the patrons the bar has to be shut down temporarily, because the whiskey has been poisoned.

Biden is the demented lifeless code inspector. He comes into the bar with an army of bureaucrats and a posse of “concerned citizens” (meddlers). He has a list of 137 violations he needs to check, and the bar will be shut down and boarded up immediately. If it ever re-opens, the mayor will own it, and it will sell seeds and grain—despite the fact that three other privately owned stores in town are already selling these items.

If the re-fitted bar fails as a grain and seed store, who cares? The government will do something else with the place. And if that, too, fails, it doesn’t matter, because the central fact is: the government owns the property. That’s all that counts.

COVID-19 is, as I’ve been documenting for months, a fake. Both presidential candidates are faking. But there are important differences between them. An assessment of their differences reveals that, like it or not...

…public resistance to the lockdowns stands a better chance under Trump than Biden.

Rappoport: A Deeper Understanding Of Technocracy