Many smaller creators are worried

WTF?! Considering starting a YouTube channel? Maybe you already have one and are trying to add to your subscriber base. If so, here’s some potentially worrying news: The video platform says it can now ban users it deems “no longer commercially viable.”

The strange rule appeared in YouTube’s new terms of service, which it emailed to users over the weekend. It appears in the “Account Suspension & Termination” section under the “Terminations by YouTube for Service Changes” subheader.

The exact wording of the new terms, set to come into effect in the US on December 10, reads: “YouTube may terminate your access, or your Google account’s access to all or part of the Service if YouTube believes, in its sole discretion, that provision of the Service to you is no longer commercially viable.”

The changes to the ToS are supposed to make them “clearer and easier to understand,” yet they’ve had the opposite effect for most people.

YouTube’s ability to delete accounts just because they’re not profitable enough is obviously worrying a lot of creators. As noted by Gadgets 360, one Twitter user, @RageGoldenEagle, notes that these terms have been in effect in the European Economic Area (EEA) and Switzerland since July 22.

YouTube has new Terms Of Service on December 10th. This basically says that if channels don’t make enough money, THEY WILL POSSIBLY TERMINATE THEM!!!

Looks like I fought to the very end but now I may be close to losing my livelihood, losing my passion, my audience and my… pic.twitter.com/P74uQe8jpW

YouTube claims that it’s “not changing.” A spokesperson said: “We’re making some changes to our Terms of Service in order to make them easier to read and to ensure they’re up to date. We’re not changing the way our products work, how we collect or process data, or any of your settings.”

The terms could be a way for YouTube to remove channels that promote hate speech, conspiracy theories, or harmful messages whose content isn’t extreme enough to warrant an outright ban, as these are unlikely to be commercially viable. But if this is the case, it needs to be clearly explained.

(TLB) published this article from TECHSPOT as authored by Rob Thubron. 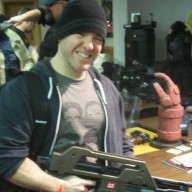 Rob Thubron is a Senior Editor for TechSpot. Rob has had a love of computers and technology since receiving a ZX Spectrum 48K as a birthday present in the mid-80s – a machine that also ignited his life-long passion for all things related to video games. After completing courses in IT and English, he went on to complete his Business Computing degree. Rob enjoys exploring all areas of technology with a primary focus on PC hardware and gaming. When not sitting at his computer, Rob enjoys working out and watching horror movies, graphic novels, heavy metal, and consuming a worrying amount of energy drinks.