(RT-USA News)   Federal prosecutors were unable to convince a jury on any of the spying-related charges against an ex-CIA engineer accused of stealing reams of classified material – in what may be a dry run for the case against Julian Assange.

In a significant blow to prosecutors on Monday, jurors failed to come to a verdict on eight central counts against former CIA software engineer Joshua Schulte, who was charged for stealing thousands of pages of classified information on the agency’s secret hacking tools and passing them to WikiLeaks – what later became its ‘Vault7’ release, the largest breach of classified material in CIA history.

While Schulte was found guilty of contempt of court and making false statements to investigators, a hung jury on the remaining eight charges – including illegal gathering and transmission of national defense information – prompted District Judge Paul Crotty (Pictured left) to order a mistrial and dismiss the jurors on the case, who had deemed themselves “extremely deadlocked” in a note to the judge.

The split verdict came after nearly a full week of messy deliberations, which saw one juror removed for researching the facts of the case against Crotty’s orders. She was never replaced, however, leaving a short-handed panel to deliver a final decision. 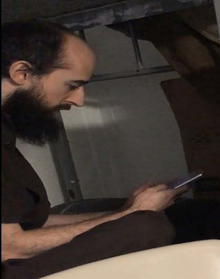 The former technician left his job in the CIA’s Langley headquarters in 2016 and was charged some two years later for his alleged role in the Vault 7 leak. But prosecutors had difficulty tying Schulte (Pictured right) to the disclosure throughout his four-week trial, with jurors often mystified by a complicated maze of technical evidence.

The case may offer parallels to that of WikiLeaks co-founder Julian Assange, who faces 17 charges under the World War I-era Espionage Act and up to 175 years in prison over his role in the publication of the Iraq and Afghan war logs in 2010. Assange is accused of helping leaker Chelsea Manning (then known as Bradley) “hack” into military computers to obtain classified material, but if extradited from the UK to stand trial in an American courtroom, prosecutors would likely produce similar technical forensics to prove his involvement, precisely what the government was unable to do in Schulte’s case.

A key problem was that US DoJ prosecutors could not prove that #Schulte provided the #Vault7 data to WikiLeaks.

Similarly, I’d like to know how they plan to prove Julian Assange was the person talking to “Bradass” in the Lamo chatlogs. AFAIK there’s no way to prove it.

Arguing that the CIA’s computer network had widely known vulnerabilities, including poor password protections, Schulte’s defense insisted prosecutors had failed to prove his role in the breach. They noted it was possible another actor gained access to his work station, pointing to another CIA employee identified only as “Michael” as a potential culprit.

The CIA later placed the employee on administrative leave for refusing to cooperate with the investigation, which suggested the government had “doubt about the case against Mr. Schulte,” defense attorney Sabrina Shroff said in her closing argument on Monday.

Prosecutors are likely to demand a retrial for Schulte, and he still stands accused of possessing child pornography, allegedly stored on devices found during a search of his home. He will be tried separately on those charges, facing a total of 15 counts.

How the CIA spies on your everyday life, according to WikiLeaks

John Kerry Denies He Tipped Off Iran About Israeli Attacks

Mask Mandate is Dealt a Crushing Blow in Wisconsin