Studies do not show major prevalence of severe side effects

Bill Gates this week added more flame to the fire in the ongoing debate over the usage of hydroxychloroquine to treat COVID-19, claiming that using the drug to treat the coronavirus carries with it the risk of “severe side effects” and arguing that medical officials should instead pursue the numerous “good therapeutic drugs” currently in development.

Yet there is at present little evidence that “severe side effects” are common in COVID-19 patients who take hydroxychloroquine, with the majority of reported adverse events being relatively mild and only a small fraction of reported effects so far being dangerous and/or fatal.

The drug, which has been used for years to treat malaria and other conditions like lupus, has been at the center of a medical and political firestorm since March when President Trump touted the medicine as a possible effective treatment for coronavirus. Numerous medical officials have claimed that it offers no benefit to COVID-19 patients, while others have insisted that it is highly effective when used in certain circumstances, specifically on high-risk patients early in the course of the disease. 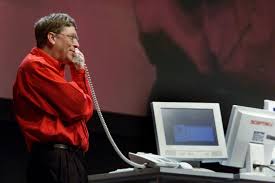 Asked by Bloomberg magazine about the controversy on Thursday, Gates—who has been at the forefront of funding and advocacy efforts to find both a cure and a vaccine for COVID-19—said that though we live “in age of science … sometimes it doesn’t feel that way.”

“In the test tube, hydroxychloroquine looked good,” he said. “On the other hand, there are lots of good therapeutic drugs coming that are proven to work without the severe side effects.”

Studies do not show major prevalence of severe side effects

Numerous studies across the world over the past several months have produced mixed results on the efficacy of hydroxychloroquine in treating COVID-19, with some showing marked benefits and others indicating that it does not help patients recover from the disease.

Yet regardless of study outcomes, severe adverse health events associated with the drug appear to be comparatively rare.

One randomized trial published in the New England Journal of Medicine earlier this month stated that, while the study’s treatment with hydroxychloroquine “did not prevent illness compatible with Covid-19 or confirmed infection,” there were nevertheless “no serious intervention-related adverse reactions or cardiac arrhythmias” reported by study participants.

“Nausea, loose stools, and abdominal discomfort were the most common side effects,” the researchers stated. A study out of England in July similarly found “no excess of new major cardiac arrhythmia” among patients treated with the drug.

Another study released in July stated that diarrhea, abdominal pain and vomiting were the most common side effects; as with the study released in August, researchers stated that “no serious adverse events attributable to the study drug occurred.” A study earlier this year out of Marseille, France, said that all adverse effects observed in the HCQ trial “were mild and included mostly gastrointestinal symptoms,” though they did report cardiac issues in a few dozen patients out of 3,737.

One study published in May, in contrast, found an increased risk of cardiac arrhythmias among COVID-19 patients taking the drug. The Food and Drug Administration, meanwhile, has said it has received reports of “serious heart-related adverse events and death” in patients taking the medicine.

Dr. Harvey Risch (pictured here) a Yale epidemiologist who has been highly vocal in his advocacy of hydroxychloroquine as a COVID-19 treatment for certain patients—acknowledged that the drug can indeed cause fatal cardiac issues, but he argued the risks were very small compared to what he said were the potential benefits of the drug.

“The main ‘side effects’ are [gastrointestinal] disturbances especially at higher doses,” he told Just the News. “About 10% of users of 400mg/day may have slight nausea or some diarrhea. It is manageable over a 5-7 day course.”

“The serious side effect is fatal cardiac arrhythmia,” he said, but he argued that data indicate it is expected to occur in about 9 users per 100,000, a number he argued “must be compared” to the many more deaths he claimed the drug could prevent.