Black Past?… Or just Black Face?

Virginia Governor Ralph Northam has been tripping over his past, his priorities and his future. After he gets himself up, dust himself off and starts all over again… it still does not get any better.

After reading his statements and watching news videos, can we re-frame Northam as Governor Duffs? Perhaps he was a good Doctor in the military and in civilian life…. (at this point we keep hearing in our heads, “Stupid is as Stupid does.”)… 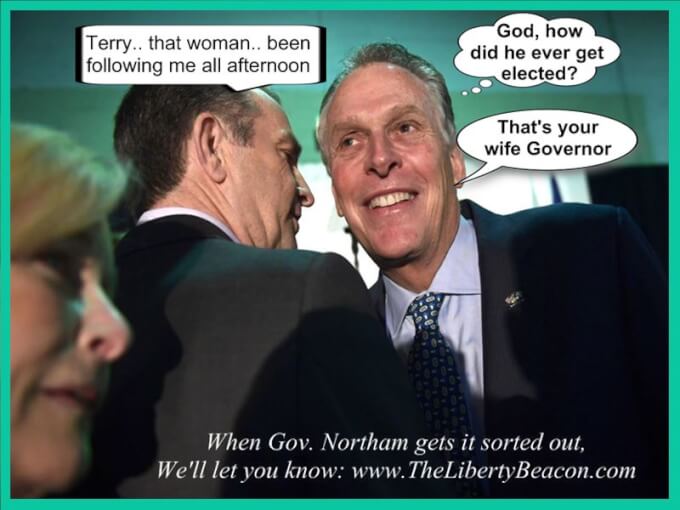 When reports first came out that Northam had posed for pictures in Black Face and KKK garb, MSMedia grabbed their laptops, lights and cameras, and went dancing in the streets heading to Virginia… while all the way reporting that Gov. Northam was a Republican Raciest. When they arrived, SURPRISE, Northam is a Democrat. (Giant sucking sound) “Oh well, no time to correct that right now, to busy reporting on the days events… we’ll correct that later.”  And later they did.

Cut to [almost the end of] the chase

After having to clean the egg off their faces, the Left Party and the Left Media now face an avalanche of REALITY about their own…    (TLB)

Governor Ralph Northam is not alone

Joe Lieberman and Bill Clinton. The story behind this bizarre photo is HERE.

Singer Beyoncé: Darkened her skin for a 2011 L’Officiel Paris cover with an “African Queen” theme.

(TLB)published this photo report from FrontPage Mag with our thanks to David Horowitz for the availability.

About David Horowitz: David Horowitz is a conservative thinker and writer who has authored dozens of books over the course of his lifetime. He began his political career as one of the founders of the New Left in the 1960s and served as an editor of its largest magazine, Ramparts. As described in his bestselling autobiography Radical Son (1997), Horowitz was forced to confront some difficult truths about the political left after a close friend of his was murdered by the Black Panthers, and ultimately found a political and intellectual home as a conservative activist. Well-known conservative author and economist George Gilder described Radical Son as “the first great autobiography of his generation.”