Clinton Foundation CFO “I know where all The Bodies are Buried”

The Foundation may owe millions in unpaid taxes and penalties.

The long time Chief Financial Officer for the Clinton Foundation has Run his Mouth before engaging his Brain. Thinking he was talking to an old time buddy, he pulled back the curtain and reveled the Wizard of Clinton. 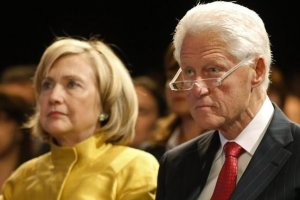 It looks like the Wizard’s next trick is to figure out how to stay of of jail.  The charity (Foundation) had widespread problems with governance, accounting and conflicts of interest. Also Bill Clinton has been commingling business and personal expenses for a long time, according to The Hill‘s John Solomon….

(The Hill) When a House subcommittee chairman bangs his gavel next week to convene an unprecedented investigative hearing into the Clinton Foundation, two questions will linger as preeminent: Is the Clinton family charity really the international do-gooder that earned a perfect four-star rating from Charity Navigator, or does it suffer from corruption and illegalities as conservatives allege? And if it is the latter, how much evidence of wrongdoing does the government possess?

The answer to the first question is that the foundation and its projects reported collecting about $2.5 billion to help global crises, from AIDS to earthquakes, even as its own auditors, lawyers and employees privately warned of problems over the years.

The answer to the second question may reside in 6,000 pages of evidence attached to a whistleblower submission filed secretly more than a year ago with the IRS and FBI.

That evidence was assembled by a private firm called MDA Analytics LLC, run by accomplished ex-federal criminal investigators, who alleged the Clinton Foundation engaged in illegal activities and may be liable for millions of dollars in delinquent taxes and penalties.

In addition to the IRS, the firm’s partners have had contact with prosecutors in the main Justice Department in Washington and FBI agents in Little Rock, Ark. And last week, a federal prosecutor suddenly asked for documents from their private investigation.

The 48-page submission, dated Aug. 11, 2017, supports its claims with 95 exhibits, including internal legal reviews that the foundation conducted on itself in 2008 and 2011.

Those reviews flagged serious concerns about legal compliance, improper commingling of personal and charity business and “quid pro quo” promises made to donors while Hillary Clinton was secretary of State. 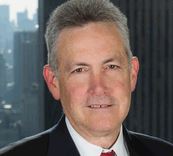 The submission also cites an interview its investigators conducted with Andrew Kessel (Pictured here) that quotes the foundation’s longtime chief financial officer as saying he was unable to stop former President Clinton from “commingling” personal business and charitable activities inside the foundation and that he “knows where all the bodies are buried.”

“There is probable cause that the Clinton Foundation has run afoul of IRS rules regarding tax-exempt charitable organizations and has acted inconsistently with its stated purpose,” MDA Analytics alleged in its submission. “The Foundation should be investigated for all of the above-mentioned improprieties. The tax rules, codes, statutes and the rule of law should and must be applied in this case.”

Continue reading from The Hill…

John Solomon is an award-winning investigative journalist whose work over the years has exposed U.S. and FBI intelligence failures before the Sept. 11 attacks, federal scientists’ misuse of foster children and veterans in drug experiments, and numerous cases of political corruption. He is The Hill’s executive vice president for video.

Another 9/11 Intrigue: Dick Cheney, John Yoo, and “Continuity in Government” (COG) Measures on 9/11