DoD Linguist Arrested, Charged With Espionage For Sharing Identities Of US Spies With Hezbollah

A US department of defense employee has been arrested and charged with transmitting “highly sensitive classified” information to a foreign national with ties to the Lebanese Islamist militant group Hezbollah.

(ZeroHedge) According to US federal prosecutors, 61-year-old Mariam Taha Thompson told a Lebanese man the names of foreign informants, as well as details of the information they provided to the United States – revealing some of the government’s most closely held secrets, according to the New York Times. Officials say Ms. Thompson endangered the lives of both sources and military personnel.

She was arrested at an overseas US base on February 27.

Investigators searched Ms. Thompson’s living quarters on Feb. 19 and discovered a handwritten note under her mattress listing the names of informants. The note, written in Arabic, also included a warning to a military target affiliated with Hezbollah whom prosecutors did not name and a request for the informants’ phones to be monitored.

Ms. Thompson told investigators that she provided classified information by memorizing it, writing it down, then showing the note to the Lebanese man when they spoke by video chat on her mobile phone. 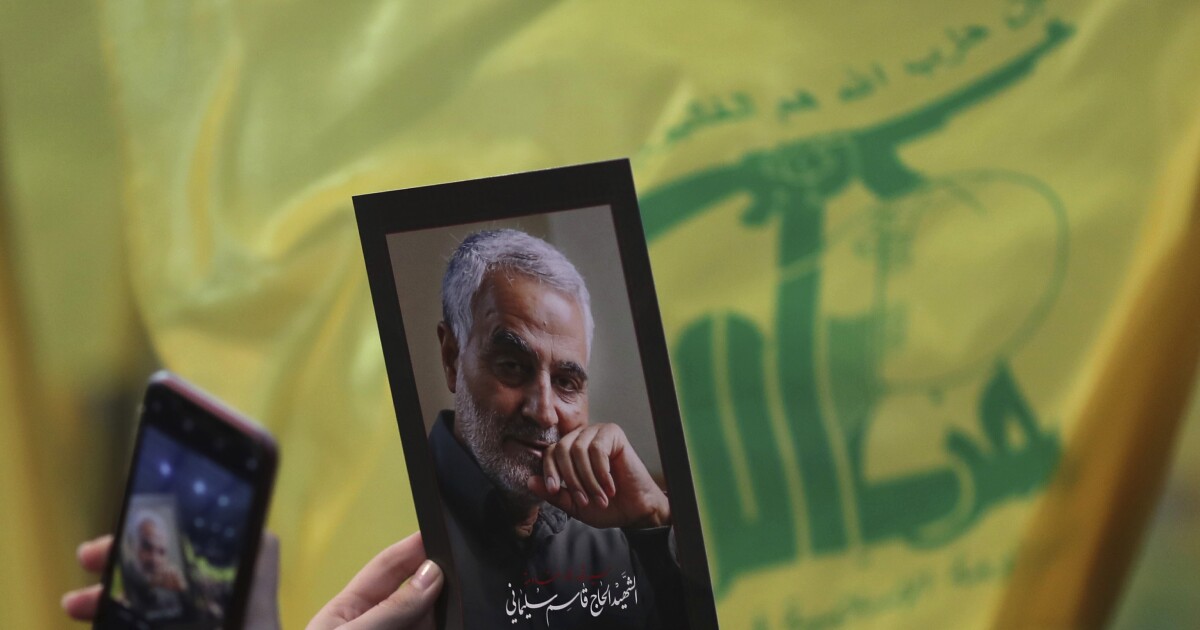 The man took a screenshot of their video chat that showed her displaying a handwritten note with the name of two informants, court papers showed. Investigators also found pictures of the Lebanese Hezbollah leader, Hassan Nasrallah, on the man’s phone.

The officials suggested that the potential loss of classified information was grave and that the prosecution was one of the most serious recent counterintelligence cases they had seen. Several top national security prosecutors as well as the U.S. attorney for the District of Columbia, Timothy Shea, appeared in court on Wednesday as Ms. Thompson made an initial appearance before a judge, demonstrating the importance of the case. –New York Times

US military linguist Mariam Taha Thompson, 61, appeared stone faced in federal court in Washington on Wednesday, where she’s accused of keeping a list of secret informants hidden under her mattress and sharing those names with a romantic interest liked to Hezbollah

“If true, this conduct is a disgrace, especially for someone serving as a contractor with the United States military,” said John C. Demers, assistant attorney general for national security. “This betrayal of country and colleagues will be punished.”

The Times suggests that the recruitment of a military contractor with such high-level access “shows the strength of the intelligence operations of Iran and its proxy forces,” and that “American officials have long warned that Tehran’s intelligence work should not be underestimated.”

In interviews with the F.B.I., Ms. Thompson admitted to investigators that she illegally shared classified information with the Lebanese official, according to court papers. Ms. Thompson appeared in court dressed in a red cardigan, her gray-streaked hair in a bun, but was not shackled. The judge ordered her held until a detention hearing on March 11.

She faces three charges of violating espionage laws. Under the statute, she could face up to life in prison and possibly the death penalty if the information she revealed led to the death of any of the informants. –New York Times

Thompson was working in Erbil, Iraq as a linguist when her betrayal began in the last few days of December, investigators discovered. For the next six weeks she obtained secret government files which contained the real names and photographs of American intelligence sources, as well as government cables which revealed what they provided to their handlers.

Read the rest of the report here.

Other articles about spying  from The Liberty Beacon:

Facebook pays teens to install VPN that spies on them