Rep. Doug Collins (R-Ga.) has said the ongoing probe into the origins of the ‘Russia hoax’ will likely lead to criminal charges. While speaking at CPAC on Thursday, he announced U.S. attorney John Durham has been looking into potential wrongdoing by top officials in Washington. 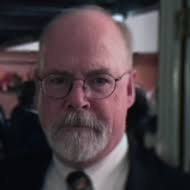 According to Collins, Durham (Pictured) will not release a report, but will instead charge high-ranking bureaucrats based on incoming evidence. The attorney was appointed by Attorney General William Barr to find out who was responsible for the debunked ‘Russia hoax.’

Collins has claimed the probe will help drain the swamp of corruption in D.C.

“We started seeing the underbelly of a corrupt party…all these folks who determined that they knew better than the American people,” stated the representative. “They said, ‘We’re going to try and find a way to stop (President Trump) this man.’”

He added outcomes of the Mueller probe and impeachment proceedings have confirmed left-wing bureaucrats tried to oust a U.S. president, but failed.

Mueller Probe.. “Finish It The Hell Up”