EcoHealth Alliance has for years been linked with Chinese infectious disease laboratory suspected as possible source of the novel coronavirus.

A watchdog group is claiming that a U.S. bio-research nonprofit failed to follow U.S. law and publicly disclose its taxpayer-funded grants to a Chinese coronavirus laboratory under scrutiny for its immediate proximity to the COVID-19 pandemic.

The White Coat Waste Project, a group dedicated to stopping taxpayer funding of what it claims is “wasteful and cruel animal experimentation,” claimed last week in a filing to the National Institutes of Health’s Division of Program Integrity that EcoHealth Alliance has engaged in “widespread violations of federal spending transparency law” by way of numerous press releases over the past several years.

Federal tax records show that EcoHealth Alliance funneled federal NIH grants to the Wuhan Institute of Virology for several years leading up to the start of the pandemic, ultimately handing the lab hundreds of thousands of dollars in taxpayer money to conduct experiments into potentially pandemic coronaviruses. The Wuhan lab is located just a few miles from where Chinese officials claimed the pandemic began at a local wet market.

In its letter to the NIH, White Coat claims that EcoHealth has “failed to publicly disclose taxpayer funding for its work with WIV, in violation of federal law.”

The group says EcoHealth violated the Stevens Amendment, a federal provision that directs recipients of some federal grants to “make certain funding disclosures when issuing statements, press releases, bid solicitations, and other documents describing their grant project or program,” according to the Government Accountability Office.

Recipients of grants from the Department of Health and Human Services — of which the NIH is a sub-agency — are enjoined to make such disclosures. White Coat claims that “virtually all of EHA’s press releases reporting its taxpayer-funded experiments over the last three years violate the Stevens Amendment.”

The group cites multiple press releases as examples, including ones from 2018 and 2020, both of which reference work done in partnership with the Wuhan Institute of Virology and neither of which disclose its links to federal funding. 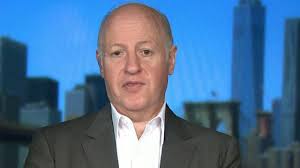 Peter Daszak, (Pictured above) the president of EcoHealth Alliance, did not respond to queries seeking comment on the allegations. Nor did Deborah Kearse, the director of the NIH’s Division of Program Integrity, to whom the letter was addressed.

Justin Goodman, the vice president of advocacy and public policy at White Coat, told Just the News that the NIH had confirmed receipt of the complaint following its submission.

“Taxpayers have a right to know — and federal law requires that we’re told — exactly how much of our money EcoHealth has shipped to the notorious CCP-run Wuhan animal lab for reckless coronavirus experiments that may have caused the pandemic,” Goodman said.

“EcoHealth’s rampant violations of federal transparency law are yet another example of the group and its President Peter Daszak obscuring their close ties to — and financial support for — the Wuhan animal lab.”

Goodman also pointed Just the News to a statement by Iowa Republican Sen. Joni Ernst, who after White Coat’s filing argued that the federal government “is failing to comply with the law and disclose how many American taxpayer dollars go to research labs around the world, like the Wuhan Institute of Virology — a reported and potential origin of the novel coronavirus.”

Both Ernst and Goodman in their statements referred to ongoing speculation that the Wuhan lab may have been responsible for leaking the SARS-Cov-2 virus and launching the pandemic in late 2019.

The lab was for years studying the “spillover potential” of zoonotic coronaviruses, attempting to determine which strains of such viruses had the potential to jump into human beings and cause pandemics like the one the world has been dealing with for the past fifteen months.

A World Health Organization investigation team concluded that it was “extremely unlikely” that the virus had escaped from the Wuhan lab, claiming instead that it was far more likely to have originated from a natural source.

Scientists around the world, on the other hand, have warned that the team’s conclusions were dubious and that the lab leak hypothesis was still a credible proposal for the virus’s origin.