Treason In A Blind Society: The Destruction Of Truth

“A truth, well hidden from America… must be faced. One day this truth will slip from Pandora’s Box, but as of today, it is taboo in the extreme.” 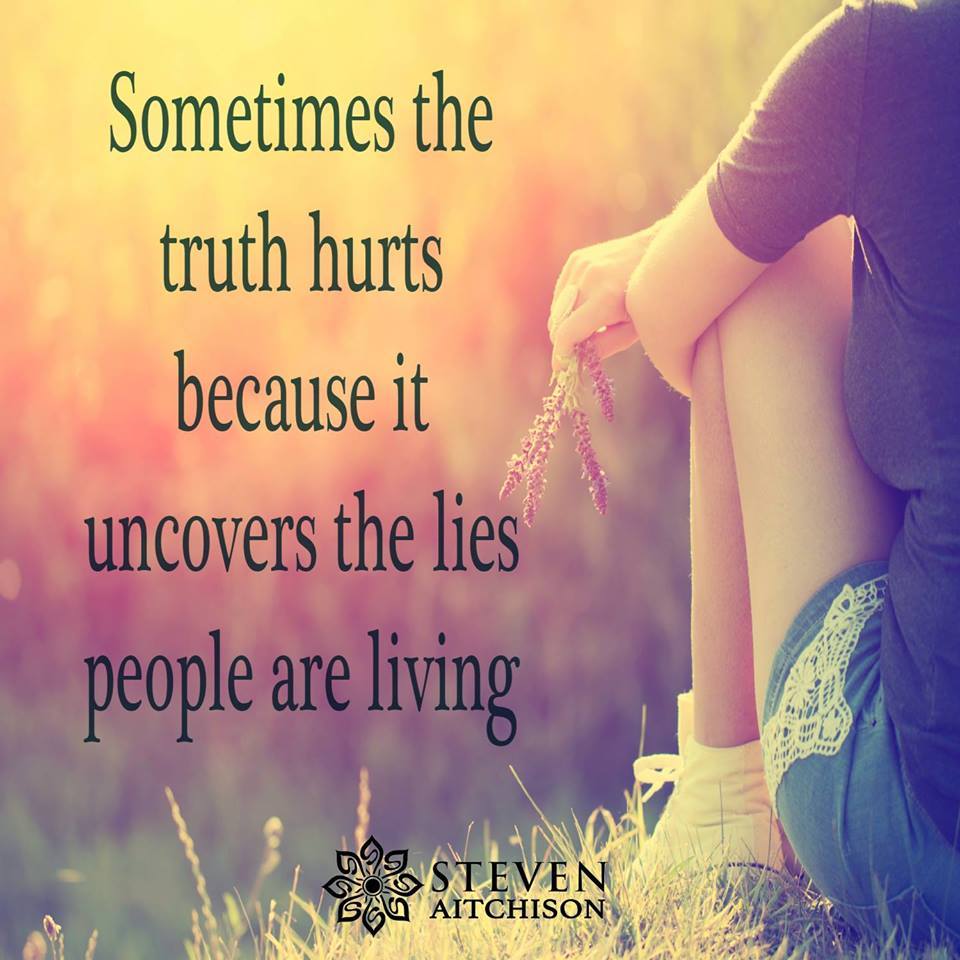 In our society, we have a Bill of Rights and a Constitution that are supposed to protect both law-abiding citizens and antisocial misfits alike. Even caught red handed, a person has the right to due process in a court of law, and if found guilty of a crime, to pay retribution. Our laws are supposed to be based on moral and ethical codes, predicated from a Judicial System of Constitutional Law. If we find a law no longer serves justice, we have the right to organize and change it, and this goes for whom we elect into office as well. Nowhere in the history of US politics is this more evident than today. Indeed, we live in exciting times, of historical proportions.

Our system is unique to almost the entire world, and in its purest form, promotes the adage that justice is blind. This means to us Americans that we dole out justice impartiality without bias, striving to be dispassionate and even-handed. This so-called blind justice becomes manifest when considering the most petty to the most heinous of crimes.

One might suppose, in the study of American Law, that the true reality of our judicial system is not found in the utopia of a legal classroom, but in the reality of life. Catholic Law Schools teach a moral code called situational ethics, and shows the student that a law is not always absolute, and can change with each situation. This idea of justice isn’t taught in secular law schools, and yet, it is supposed to be the purest of all justice.  You see, most of our laws were implemented by the situations of our lives, and all formulated into law after some horrendous crime or accident. An innocent death from a DUI, an armed robbery gone wrong, gross negligence like killing a child while speeding in a school zone, and a myriad of other intentional or irresponsible acts have stimulated and constructed the very framework of our laws. They have, in their own right, cemented our society to be greater than the individual. It is such a powerful concept in its righteousness; that some men will die to keep it alive.

As Communication Majors, we were taught to see through the disintegration of truth in our media this past election. Lies were orchestrated as complete and promoted as factual, and had, what many have argued, an utter disregard for the potential harm they might cause. In that process, it has left us all somewhat despondent, weaker, divided, and more fearful as a nation. Patriots of Liberty are at odds with a Republic compromised by a Progressive administration elite oligarchy, which use lies and fear to promote their liberal agenda power base. This Progressive/Socialist/Marxist ideal will seemingly do anything at all to regain its loss, and is the exact opposite of what is taught to Catholic students. Sure, we had tender and open minds back then, thinking that the world is balanced, impartial, and overtly good. This election proved that wrong. This election we saw the boot on our necks, our Liberty drained, and a stranglehold being waged on the future of our children.

The idea that the media should be regarded as a veritable and virtuous cornerstone of our Constitutional Republic was emphatically taught, that truth should be valued above all, is, after the fact, a dangerous and rather child-like assumption. After all, can we name something of equal importance? How can one make a viable decision without truth? If truth is denied us, we can have no informed direction, and being blind to the facts, surely cannot unite for a common cause.

In that sterilized classroom setting, remembered long ago, our teachers were emphatic about an idea called voluntary servitude, and explained it to be a form of slavery. Slavery of many varieties were discussed, and it was mostly agreed that this kind of slavery was the worst of all. Yes, debt slavery is horrific, but without truth, our minds no longer belong to us. When we trust that we are being told the truth, and find it to be intentionally bogus, it is a special kind of betrayal, and it goes to the very root of what we are supposed to be as a human being in viable nation of free men. This betrayal should be considered profound in the extreme, as it is traitorous to everything we hold dear. Without truth, we flounder in uncertainty, and are easily controlled. This form of betrayal should not be tolerated in a free society, and demanded with an uncompromising state of mind.  If it is found and proved to be an intentional lie, that source should be denounced with the loudest of all affirmation, and litigated with the force of criminal justice.

This election was a wake-up call. It indicated to us all how quickly a system can be displaced. Our founders warned us that we are obligated to fight tyranny every generation, and to never leave our guard down.  We have in no way seen this to be more applicable, more evident, and it is amazing to consider just how close we actually came to losing our county. With eyes wide open, we saw our news industry compromised, masterfully using a mature and artful science of propaganda that has come of age. It is so finely hewed and constructed that we collectively believe its promotion of lies was borne from an original thought. We saw and understood that the fires lit in the press were without substance, and pure distractions from the truth, a truth we were never able to grasp. 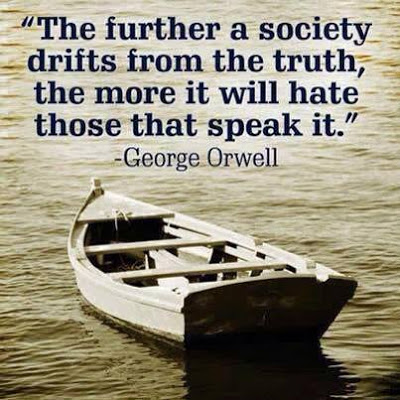 No person, or country, are enslaved by accident…

Most all would agree, our judicial process, our misused and hijacked system of justice, has a very lucrative potential. Some evidently feed on the ciaos they actually create, and this is by no accident, but masterfully designed and implemented. In spite of its facade… its outwardly benevolent appearance… it is created and planned to be milked.

Author’s note: A truth, well hidden from America… must be faced. One day this truth will slip from Pandora’s Box, but as of today, it is taboo in the extreme. I dare say that Presidents have died trying to bring this to light… It is this, in a nutshell, with appropriate key words to do further research. Better sit down…

The Act of 1871 established the District of Columbia, and the US became the UNITED STATES CORPORATION. Certain international bankers and aristocracy of Europe and Britain legally changed one word, without constitutional authority. On February 21, 1871, Congress Passed an Act to Provide a Government for the District of Columbia, also known as the Act of 1871. This ten square mile piece of land created a separate form of government under Maritime Law, basically displacing our Republic based on Constitutional Law. (Acts of the Forty-first Congress,” Section 34, Session III, chapters 61 and 62).

This desperate act was passed under duress when the country was weak and financially bankrupt. After the pain and financial burden of  Civil War, The London Rothschild family saw great opportunity, along with their army of carpet-bagers, to take complete control of Americas financial future, from the inside out. It was then we became a nation of debt slaves, with the complete suspension of our Bill of Rights and Constitution when the word “for’ was changed to “of” in the title.

In this process, THE CONSTITUTION OF THE UNITED STATES OF AMERICA became the Constitution of the incorporated UNITED STATES OF AMERICA. It operates in an economic capacity and has been used to fool the People into thinking it governs the Republic. It does not! Capitalization is NOT insignificant when one is referring to a legal document, and this seemingly “minor” alteration has had a major impact on every subsequent generations of Americans.

What Congress did by passing the Act of 1871 was create an entirely new document, a constitution for the government of the District of Columbia, an INCORPORATED government. This newly altered Constitution was not intended to benefit the Republic at all. It benefits only the corporation of the UNITED STATES OF AMERICA, and operates entirely outside the original (organic) Constitution.

Have you noticed that corporations are now considered live entities, and can back a candidate by donations? By passing the Act of 1871, Congress committed TREASON against the People who were Sovereign under the grants and decrees of the Declaration of Independence and the organic Constitution. and so, if you want your country back, We the People, this would be a good place to start… 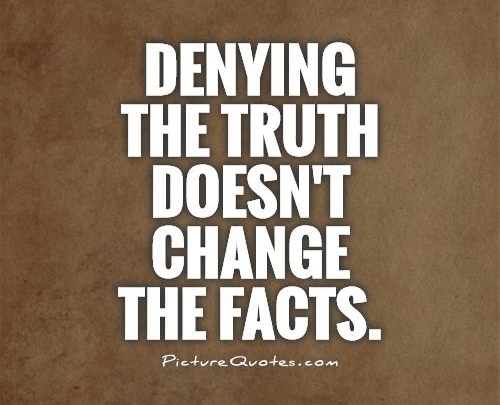 “In its landmark 5-4 decision in the case of Citizens United v. Federal Election Commission, the U.S. Supreme Court tossed out years of campaign finance law by ruling that corporations and labor unions have the same First Amendment freedom of speech rights as individuals in using their funds to support or oppose candidates for election. In is his dissenting opinion, Justice John Paul Stevens raised an interesting, if somewhat sarcastic question: does this mean corporations can vote now?

“Under the majority’s view, I suppose it may be a First Amendment problem that corporations are not permitted to vote, given that voting is, among other things, a form of speech,” wrote Justice Stevens.

Ken LaRive – Facets: It’s a simple but beautiful metaphor. Our soul is likened to an uncut diamond, pure, perfect, and unrealized. Each learned experience cleaves a facet on its face, and leaves it changed forever. Through this facet, this clear window, new light, new questions and ideas take shape and form. This process is our reason for being …

Professor Francis Boyle on Impeachment of Bush and Obama