Investigators looking into the lead contamination of Flint, Michigan’s water supply says those leaders involved in the crisis may face charges as severe as manslaughter. The city’s corrosive tap water, in the aftermath of switching water sources in April 2014, has been the center of a public health emergency for many months, and the role played by government leaders is still being determined. Sky-high levels of lead in the water have caused thousands of children to suffer from lead poisoning, while other contaminants in the water may be linked to deaths from Legionnaires’ disease. 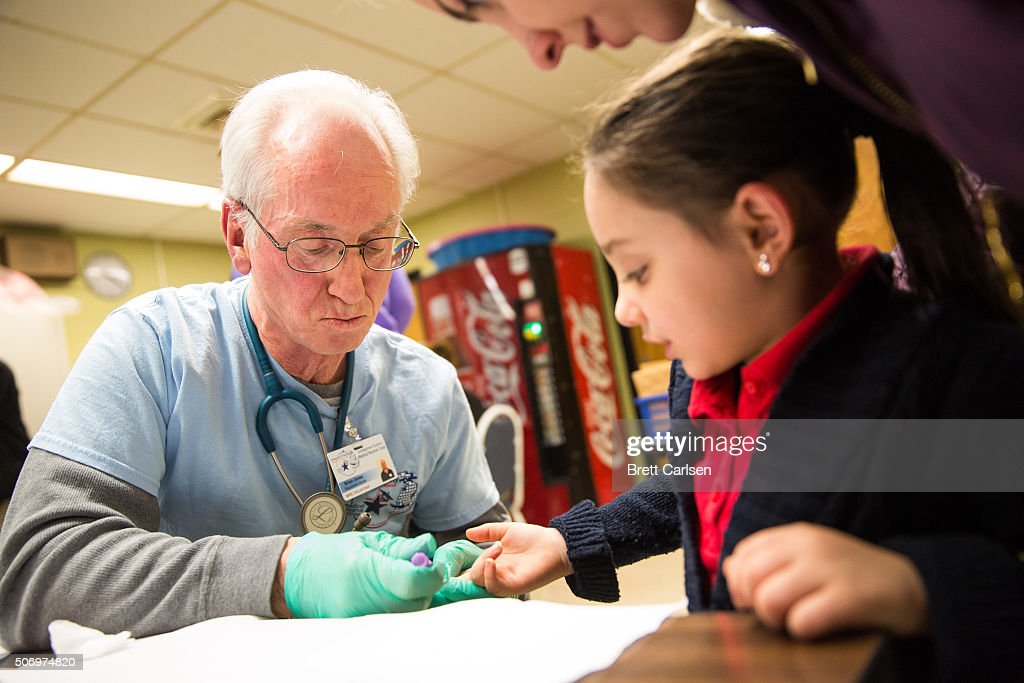 FLINT, MI – JANUARY 26: Brian Jones, a first responder for Livingston County Michigan, draws the blood of Amaria Roberson, age 5 of Flint, to screen her blood for lead on January 26, 2016 at Eisenhower Elementary School in Flint, Michigan. Free lead screenings are performed for Flint children 6-years-old and younger, one of several events sponsored by Molina Healthcare following the city’s water contamination and federal state of emergency. (Photo by Brett Carlsen/Getty Images)

Lead poisoning in children can cause permanent neurological damage, sometimes requiring lifelong care. Ten deaths have been recorded from Legionnaires’ disease since the change in water source, although the bacteria that causes the illness hasn’t yet been linked to the contaminated water. Todd Flood, special counsel for the state attorney general’s office who is leading the investigation, warned that negligence could result in criminal charges for public officials. “We’re here to investigate what possible crimes there are, anything [from] involuntary manslaughter or death that may have happened to some young person or old person because of this poisoning, to misconduct in office,” said Flood. “We take this very seriously.”

Related: What Flint officials knew about the poisoned water and when

As Flood and his team continue the investigation, they aim to determine whether public officials are guilty of a “breach of duty” or “gross negligence,” rather than simply a series of “honest mistakes.” What little evidence has already come to light does not look good – such as bottled water being supplied to state building employees, while the government assured the public that the tap water was safe. However, it will be some time before the full investigation is complete.

The city faces a hefty repair bill for the corroded pipes, which are still leaching contaminants into the tap water and rendering it undrinkable. Residents are still forced to pick up daily allowances of bottled water for drinking, cooking, and bathing. Health agencies are conducting free screening of children’s blood for lead poisoning, while many families are already months into caring for those who suffer from symptoms of neurological disorders.

TLB recommends other articles from Inhabitat

Trump fires back at NY Gov. Cuomo – How about those nursing homes?