It looks like we can add yet another name to the list of journalists that MSNBC has pushed out or fired for refusing to toe the establishment line: Ed Schultz.

Schultz, whose new home is at RT, recently gave an interview to the National Review‘s Jamie Weinstein. During the interview, Schultz, who had been mostly quiet about his firing from MSNBC, let loose on the channel. 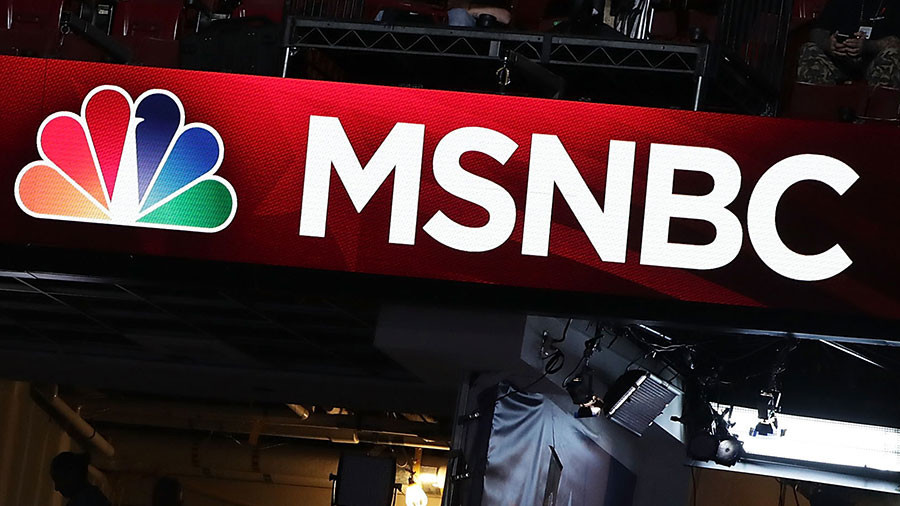 Schultz called MSNBC president Phil Griffin a “watchdog” unlike anything he has experienced since leaving the channel. Asked if Griffin personally told him what to say or what angle to take on a story, Schultz said that had “often” been the case.

Schultz went on to tell Weinstein a particularly disturbing story about MSNBC’s refusal to cover former presidential candidate Bernie Sanders seriously. According to Schultz, five minutes before he was due to cover Sanders’ announcement that he would run for president, Griffin called him up and told him not to report on it.

Why? Because the network was so thoroughly determined to promote Hillary Clinton as the Democratic candidate that giving primetime exposure to a progressive voice like Sanders would be dangerous.

“I think the Clintons were connected to [MSNBC chairman] Andy Lack, connected at the hip. I think that they didn’t want anybody in their primetime or anywhere in their lineup supporting Bernie Sanders — I think that they were in the tank for Hillary Clinton and I think it was managed — and 45 days later I was out at MSNBC.”

But Schultz is not the only former MSNBC host with such stories. Cenk Uygur (pictured), host of ‘The Young Turks’ on YouTube, has always been vocal about how he parted ways with the channel. 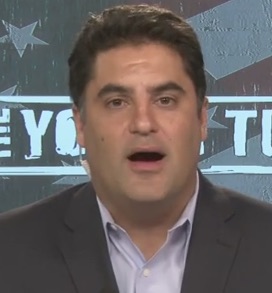 According to Uygur, shortly before his departure from MSNBC, Griffin called him in for a talk. The problem was not Uygur’s ratings, which were good, but it was his “tone” and the fact that “people in Washington” were not happy about it. In other words, Uygur was coming across as too anti-establishment. He was ruffling too many feathers.

“Outsiders are cool, but we’re not outsiders, we’re insiders,” Griffin told Uygur. “We are the establishment.”

Uygur ignored Griffin’s advice and his ratings shot up — surprise, surprise; people enjoy watching news anchors who actually challenge their guests and engage in real journalism. But the top dogs at MSNBC are apparently willing to forgo high ratings to please “people in Washington.”

Last week, responding to Schultz’s recent comments, Uygur confirmed the accusation that MSNBC was essentially operating as the PR arm of the Clinton campaign.

“I had another on-air talent at MSNBC tell me, off the record, that if they ever criticized Hillary Clinton, they would immediately get a call from management,” Uygur said.

This was confirmed on air by current MSNBC host Mika Brzezinski, who admitted that the Clinton campaign angrily called the network after Brzezinski levelled some mild criticism at Clinton during a previous broadcast.

“NBC got a call from the campaign like I had done something that was journalistically inappropriate or something and needed to be pulled off the air,” Brzezinski said.

There can be no question that MSNBC was firmly pro-Clinton and that the Clinton campaign did everything possible to make sure it stayed that way, but the levels of irony here are outstanding. 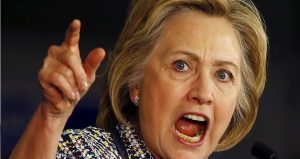 Clinton and her media cronies have spent much of the past two years bellowing about “the Russians” and so-called “pro-Trump” Russian media, while at the same time they were calling up American channels — channels which no doubt play a far bigger role in influencing American voters —  to chastise anchors whenever their candidate was the subject of some moderate criticism.

Depressing as it is, none of this should be surprising from MSNBC. 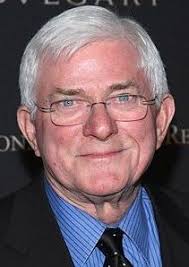 In 2003, Phil Donahue (pictured), one of America’s best-known TV hosts, was fired from his primetime MSNBC show in the run-up to the Iraq war. Like Uygur, the problem was not Donahue’s ratings — his was the highest-rated show on the network at the time — but the tone of his show. Donahue’s crime? He had been giving airtime to anti-war guests — and questioning the rush to war was seen to be unpatriotic.

A leaked internal memo revealed that Donahue’s bosses felt he was a “difficult public face for NBC in a time of war” because he was providing “a home for the liberal anti-war agenda at the same time that our competitors are waving the flag at every opportunity.”

“They were terrified of the anti-war voice. And that is not an overstatement,” Donahue said in an interview in 2013. This was particularly a problem for MSNBC because it was owned by General Electric at the time — and the war was going to be a boon for GE business. The company stood to gain billions from Iraq war contracts and to have a voice like Donahue’s on air was unacceptable.

But Donahue was not the only anti-war voice MSNBC was determined to silence. Just weeks after the invasion of Iraq, up-and-coming network star Ashleigh Banfield (pictured) gave a speech in which she criticized the American media’s “sanitized” coverage of the war. 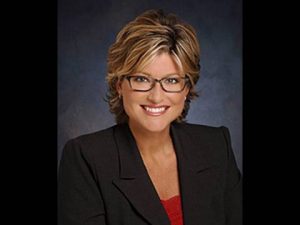 “It wasn’t journalism,” she said. “Because I’m not so sure that we in America are hesitant to do this again, to fight another war, because it looked like a glorious and courageous and so successful terrific endeavor.” American reporters, she said, had “wrapped themselves in the American flag” instead of doing real journalism that showed the true horror of war.

Following Banfield’s speech, NBC News released a statement slamming their colleague: “Ms. Banfield does not speak for NBC News. We are deeply disappointed and troubled by her remarks, and will review her comments with her.”

After that incident, MSNBC “banished” and sidelined Banfield as punishment. They took away her office, her phone, her computer.

“For 10 months I had to report to work every day and ask where I could sit. If somebody was away I could use their desk,” she explained. They eventually gave her an office in a “tape closet.” Banfield repeatedly asked to be let free of her contract, but NBC news president Neal Shapiro would not allow it. Instead they kept her on but gave her nothing to do.

“I will never forgive him for his cruelty and the manner in which he decided to dispose of me,” Banfield said. Just a gentle reminder at this point that MSNBC bills itself as a ‘progressive’ channel.

If anything, things have only gotten worse since Banfield’s thoughtful comments on the failures of American war journalism. When President Donald Trump fired 59 Tomahawk missiles into Syria last April, MSNBC anchor Brian Williams was visibly awestruck, called the footage “beautiful” and quoted song lyrics on air to mark the occasion.

These are networks owned by giant parent corporations with plenty of skin in the political game — yet, it is rarely acknowledged that these corporations have a detrimental influence on the quality of journalism produced by their employees. The truth is rarely uttered, that network stars like Rachel Maddow (pictured) are completely beholden to those corporate and political interests — and that this basic fact massively influences their reporting. 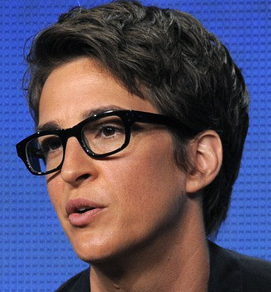 Maddow’s ratings at MSNBC have been climbing of late, no doubt due to her obsession with the ‘Russiagate’ story — a surefire crowd-pleaser among Democratic Party loyalists. But surely Maddow knows, deep down, if she ever went off script, if she ever upset her bosses by becoming truly controversial, she’d be out. Just like Uygur, Schultz, Donahue and Banfield.

For now, Maddow is safe, because she’s exactly the kind of journalist they love: She pretends to rage against the machine while earning $30,000 a day peddling all the right conspiracy theories and picking on all the right people.

A new promo for MSNBC features the cable network’s top anchors in a series of black and white old-school journalism photos. The voiceover is the late Chet Huntley, a former MSNBC newsman: “American journalism — all of it,” he says with certitude, “is the best anywhere in the world.”

“This is who we are,” the tagline at the end of the ad reads. But remember, thanks to Griffin and his conversation with Uygur, we know what MSNBC really is.

“We are the establishment.”

Danielle Ryan is an Irish freelance journalist. Having lived and worked in the US, Germany and Russia, she is currently based in Budapest, Hungary. Her work has been featured by Salon, The Nation, Rethinking Russia, Russia Direct, teleSUR, The BRICS Post and others. Follow her on Twitter @DanielleRyanJ, check out her Facebook page, or visit her website: danielle-ryan.com

The Intercept shuts down Snowden archive amid layoffs & outrage