Freedom of the Press?

Freedom of the press is under attack. Extensively ignored by mainstream media, all journalists and all people need to pay attention to the chipping away of our rights. 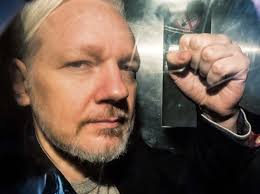 Julian Assange uncovered deception at the top levels of government and considered a campaigner for truth in journalism — by others, he’s considered a spy. Critics say WikiLeaks is not journalism and Secretary of State Mike Pompeo stated WikiLeaks was nonstate hostile intelligence service” for leaking secret U.S. diplomatic wires in 2010. Assange’s lawyer Mark Summers said the attacks were a “full-fronted assault on journalists’ rights and free speech.” Supporters of Assange worry that the freedom of the press is at risk if he’s not discharged. Assange will face a U.S. extradition hearing in 2020. 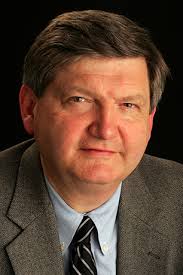 No matter where you stand on the subject, we need to take a closer look if freedom of the press is in danger. If so, freedom of religion, free speech is jeopardized as well. Pulitzer Prize-winning reporter James Risen is the co-author of the New York Times article and author of State of War: The Secret History of the CIA and the Bush Administration. He exposed warrant-less wiretapping on Americans by the NSA and was threatened with federal prison time. Ultimately, the government withdrew its case.

Said Trevor Timm of Freedom of the Press Foundation co-founder and TED Fellow, “The press has the right to publish secret information in the public interest. But it’s impossible to exercise that right if the media can’t also gather that news and protect the identities of the brave men and women who get it to them. So, when the government came knocking, Risen did what many brave reporters have done before him: he refused and said he’d rather go to jail.”

A California Federal Judge ruled journalist for The Center for Medical Progress, among others, are fighting the courts because of their undercover work at Planned Parenthood. 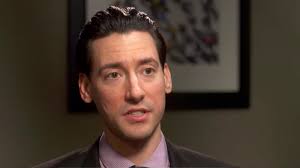 “On July 31, 2015, the National Abortion Federation sued CMP and Daleiden, alleging that Daleiden’s campaign infringed on its members’ privacy and threatened their safety,” Moore reported the judge refused to dismiss the case against Daleiden.

The First Amendment to the U.S. Constitution reads:

“Congress shall make no law respecting an establishment of religion, or prohibiting the free exercise thereof, or abridging the freedom of speech, or of the press, or the right of the people peaceably to assemble, and to petition the Government for a redress of grievances.”

Some of the biggest game-changers during the Revolution used aliases to spread messages across the colonies to fight Britain. Where would we be today if people couldn’t freely communicate or reveal the truth?

Assange, Daleiden, Risen and others are losing their rights, if they do, we are as endangered as any other person who exercises their freedoms as journalists and as Americans.

You can find out more about Corine and contact her at the links below:

Inside the Temple of Covert Propaganda [..] UK’s Scandalous Information War

Big Tech Are Supposed To Be The Plumbers, Not Patricians, Of Internet Discourse