Kimberly Gardner’s conduct in prosecuting a former governor and a couple accused of brandishing guns has stirred national attention.

A Missouri Ethics Commission filing on Saturday showed the Soros donation to the Missouri Justice and Public Safety PAC formed to support Gardner, and indicated the liberal philanthropist was the sole donor to the group so far.

The PAC reported it has spent about $104,393 so far, including about $77,804 directly on Gardner. Soros’ donation allowed the group to pay off prior debts it incurred in supporting Gardner, who faces a primary this Tuesday, the new report showed.

You can review the latest report here.

Gardner, a Democrat, was elected in 2016 and supported by Soros-funded PACs, which financially back several prosecutors across America on a progressive criminal justice reform platform.

She drew national attention when she filed criminal charges against then-Republican Missouri Gov. Eric Greitens, forcing him to resign, only to reveal later she did not have evidence to substantiate her allegations. She is facing investigation for her conduct in the Greitens case, and her former chief investigator is awaiting trial on tampering charges. 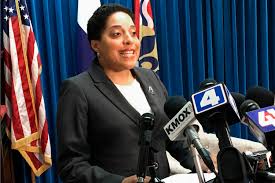 In recents weeks, Gardner has garnered national attention for criminally summoning Mark and Patricia McCloskey for brandishing their guns when Black Lives Matters demonstrators trespassed onto their private neighborhood on June 28.

The incident has been elevated to a national conversation about Second Amendment rights, Missouri “Castle Doctrine” of protecting one’s home, and if the prosecution was political. 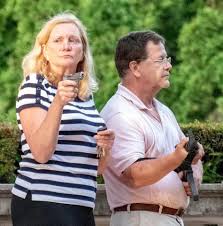 Parson has said he will pardon the McCloskeys. Schmitt wants to dismiss the case.

The McCloskeys’ attorney, Joel Schwartz, filed a motion recently to dismiss both Gardner and her office from prosecuting the McCloskeys based upon conflict of interest. It argues that Gardner’s campaign has used the McCloskeys’ incident to further her own financial, personal, and professional gain because Gardner sent out campaign solicitations for her re-election mentioning the McCloseys.

Michael Vachon, a Soros spokesperson, told Just the News that the PACs he is funding have never denied that they supported prosecutors like Gardner for criminal justice reform.

Robert Mueller Did Not Merely Reject the Trump-Russia Conspiracy Theories. He Obliterated Them.

A Proposed Healthcare FREEDOM Rights Amendment To The U.S. Constitution

All Along the Watchtower [Fact Check Journalism?]