Google has cobbled together a response to an internal video leaked to Breitbart which depicts the company’s top brass comforting each other as they mourn Hillary Clinton’s 2016 election loss. For example:

This is the CFO of @Google breaking into sobs in a confidential internal video taken right after her goddess, @HillaryClinton, lost the 2016 election. These people contend that there is no political bias at #Google. pic.twitter.com/vwBLg4R6TD

In a late Wednesday statement, Google spokeswoman Riva Sciuto said “For 20 years, everyone at Google has been able to freely express their opinions at these meetings” (just not over email – like conservative former employee James Damore, who is currently suing Google for discrimination after he was fired for criticizing the company’s diversity policies).

“Nothing was said at that meeting, or any other meeting, to suggest that any political bias ever influences the way we build or operate our products,” Google’s statement continues. “To the contrary, our products are built for everyone, and we design them with extraordinary care to be a trustworthy source of information for everyone, without regard to political viewpoint.”

Searching Google images for the word “idiot” (still) displays pictures of Trump and his sons, while a leaked company email read on Monday night by Fox News‘s Tucker Carlson reveals that the company helped create ads and donated funds to a partisan Latino group which physically bussed voters to vote for Hillary Clinton during the 2016 election.

Google also “accidentally” left Trump off of search for “presidential candidates” in July 2016, after he won the GOP primary. The company chalked it up to a “technical bug” which occurred because “Only the presidential candidates participating in an active primary election were appearing.”

In another example, a viral video created by SourceFed – which Google has removed from YouTube – depicts several autocomplete search results for “Hillary Clinton” which the company claims proves Google “has been actively altering search recommendations in favor of Hillary Clinton’s campaign.”

The company, which was also accused of hiding negative articles on Clinton, denied the accusations.

In an April 15, 2014 email from Google’s then-Executive Chairman Eric Schmidt found in the WikiLeaked Podesta emails, titled “Notes for a 2016 Democratic Campaign,” Schmidt tells Cheryl Mills that “I have put together my thoughts on the campaign ideas and I have scheduled some meetings in the next few weeks for veterans of the campaign to tell me how to make these ideas better.  This is simply a draft but do let me know if this is a helpful process for you all.” 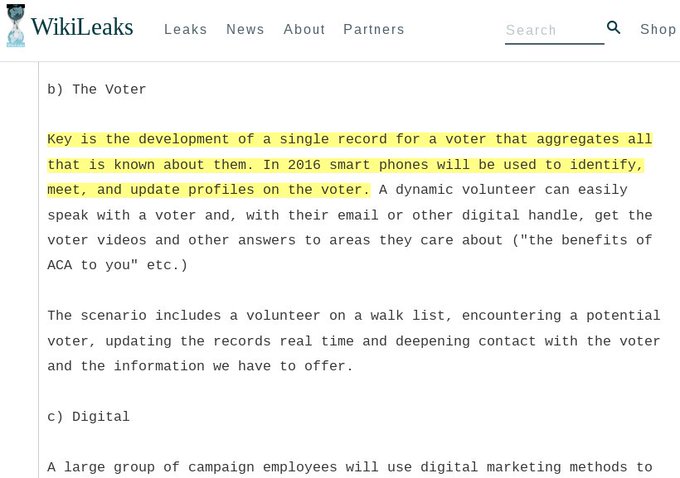 Another email from February 2015 suggested that the Google Chairman remained active in its collaboration with the Clinton campaign: John Podesta wrote that Eric Schmidt met with HR “about the business he proposes to do with the campaign. He says he’s met with HRC” and adds that “FYI. They are donating the Google plane for the Africa trip”

Meanwhile, according to a Breitbart report by Allum Bokhari, “By inserting negative search suggestions under the name of a candidate, search engines like Google can shift the opinions of undecided voters by up to 43.4 percent, according to new research by a team at the American Institute for Behavioral Research and Technology and reported exclusively by Breitbart News.”

Parscale calls for an investigation

In response to the viral video leaked to Breitbart, President Trump’s 2016 digital campaign manager and 2020 re-election campaign manager, Brad Parscale, called for an investigation over Twitter.

.@google needs to explain why this isn’t a threat to the Republic. Watch the video. Google believes they can shape your search results and videos to make you “have their values”. Open borders. Socialism. Medicare 4 all. Congressional hearings! Investigatehttps://www.breitbart.com/tech/2018/09/12/leaked-video-google-leaderships-dismayed-reaction-to-trump-election/ …

Leaked footage shows Google’s leadership team – including its CEO and Co-founders – reaction to the election of Donald Trump. | Tech

Parscale humorously added: “Only @Google could make @facebook look like the good guys. Mark should send them a gift.”

Imagine how uncomfortable the republican google employees are in a meeting like this… wtf you’re at work https://www.breitbart.com/tech/2018/09/12/leaked-video-google-leaderships-dismayed-reaction-to-trump-election/ … 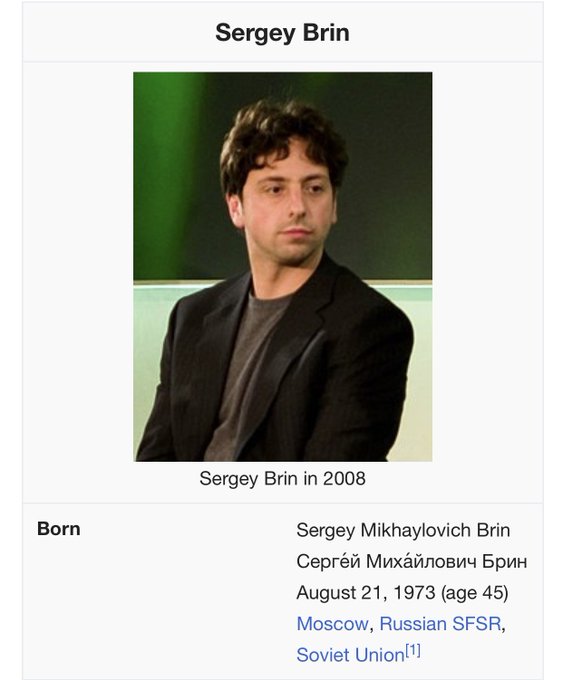 You want to talk about “Russian interference” and “Russian collusion?”

Let’s talk about Google co-founder Sergey Brin, who was born in Russia.

Where are his true allegiances?

The country that made him a billionaire or the his motherland?

(TLB) published this story as compiled by Tyler Durden at ZeroHedge with our thanks for the coverage.

Trump Tweets Japan’s SoftBank Will Invest $50 Billion In The US, Create 50,000 New Jobs

The Criminalization and Censorship of Palestinian Solidarity on US Campuses