In a nutshell: the most brilliant scam in history

It has become evident that the coronavirus epidemic is a psyop of colossal dimensions.

It is worth looking at who gains from the shutting down and self-inflicted wounds of the economy.

Well, it is obvious that the pharmaceutical corporations gain, especially if they can achieve their objective of ushering in compulsory vaccination, complete with booby traps in the form of microchips and toxic elements such a mercury and aluminium that will make people ill enough to require more pharmaceutical drugs.

They and other factions of authoritarian disposition will gain from the chaos and dismay caused by the cave-in of once prosperous economies. Combine this with the fear created by the “spread” of a fake epidemic and the sense engendered in many people by this psyop that they are living in some sort of apocalyptic scenario they have seen in the movies. Then the globalist crime overlords will come along with their “only solution” of a world government complete with surrender of our freedoms and human rights “for our own good”.

But there is something else that underlies all this, a scam that has been going on now for a couple of hundred years, has concentrated more and more wealth and power into fewer and fewer hands, has established in essence a power echelon senior to governments and which empowers the globalists and their operations, particularly in terms of the manipulation of the flow and supply of money and debt.

To understand this scam in a nutshell, please see this article, which briefly gives you the bare bones of it.

If you wish to understand it in more depth and know the history of its growth and development, I produced a book that explains the whole thing called The Worm in the Apple. If you contact me, I’ll email you a FREE digital copy of it.

To summarise what these two works explain in more detail, suffice to say this:

We have been duped into crashing our own economies through the insanity of the lockdown. As a result, business will struggle or fail and people will be short of money. Very short. Thus BORROWING will increase through loans  credit cards etc.

The rather dim governments with which we are cursed have offered to “help us through this crisis” by giving us money provided by The State to the tune of billions of pounds or dollars.

This is very nice of them. But where will the money come from?

The government will borrow it to the tune of many billions.There is a massive smoke screen of complexity that hides the rather simple essence of all this from view but in order to lend these billions to the government, – or indeed to lend us the money we borrow through our credit cards,  loans and so on –  the banking cartels will:

(a) CREATE THE MONEY. This is done simply by entering  numbers into computers,. The money doesn’t come from anywhere. It didn’t exist before it was loaned out. In other words, the banking cartels lend money they just created out of thin air.

(b) LEND THE NEWLY CREATED MONEY to me, you or the government AT INTEREST.

(c) Over time, we then repay that money to the banks ALONG WITH THE INTEREST.

So the banks make a tidy profit off of money they created out of nothing and which required little more work than tapping numbers into computers.

This of course in an absolutely brilliant scam with too many ramifications to detail here.

Suffice to say that an engineered crisis such as a war or a fake epidemic that crashes economies, creates a shortage of money and stimulates borrowing.

And where will the government get the money it needs to repay the ten billion it gave us?

From us, of course, through our taxes. So it has in effect generously loaned us our own money which we have to pay back with interest added and this then flows to the banking cartels and makes them even richer than they already were. And all they had to “produce” in exchange for our money was a fake virus that scared the crap out of us.

You could say that this pandemic caper has enabled the bankers to hoover money out of our wallets, aided and abetted by our government.

This also puts the government in the position of being a middle man or broker for the banksters, drumming up business for them and doing the necessary salesmanship and paperwork.

As an aside, another aspect of this is: when the economy crashes, shares will take a nose-dive. And guess who will be on hand with plenty of money to buy up shares in myriad companies at bargain-basement prices.

There is a better way of doing this.

The first option of course is not to buy into this pandemic caper and shut down the economy in the first place.

But if government really must dole out billions of pounds to the people in order to keep them afloat, it can  just create the money itself and dole it out, without interest and only rake some of it back in through taxes if an when the combined effects of lowered production and increased money produce inflation .

Well, if the banks can do it (and they do it every hour of every day) and then lend it out for profit by charging interest (essentially a heavy tax for the privilege of having a circulating means of exchange) then the government sure as hell can do it as a not-for-profit public service to the community and just skip having the banks create it and the interest.

And that scam is the core of what is being run on this planet at this time.

This article is from UKReloaded

UK Reloaded (Steve is the TLB Director of this website):

The Coronavirus COVID-19 ‘Pandemic’? The Real Danger is “Agenda ID2020” 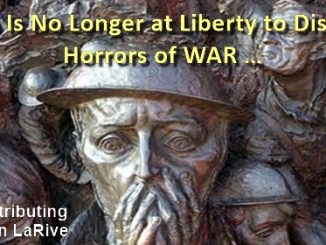 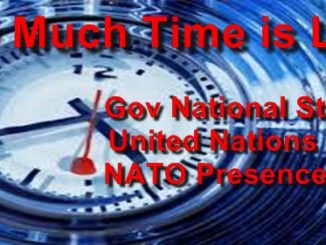 $7 Billion Strategic National Stockpile: What Is the Government Preparing For?