I Spent 6 Hours Tweeting About 573 Instances Of Leftist Violence

Americans know that the political left is violent, but there is never any reliable, comprehensive coverage of events from our friends in the leftist mainstream press

It took six hours. But I compiled a Tweet thread of 573 instances of left-wing violence in America, dating from Monday, Oct. 30 2018, all the way back to Sept. 1, 2015. I’m sure I missed a few – the list basically updates every five minutes.

The list has been a smashing success, currently going viral on Twitter. There is a reason that is happening. It is because Americans know that the political left is violent, but there is never any reliable, comprehensive coverage of events from our friends in the leftist mainstream press.

So, if you want to check it out, here’s the first Tweet….

Latest: VIDEO: See Woman’s EPIC Response To USA Today Reporter Who Tried To Dox Her For Tweeting About Soros

Here are 653 violent attacks by leftists on Republicans.

Yes, I’m going to Tweet them all, so grab some popcorn.

Final Tally – 573 acts of violence/incidents of lawbreaking aimed @realDonaldTrump and his supporters. (I omitted many instances of theft and vandalism of Trump yard signs in the interest of time).

There are 202 Tweets in total.

This is a rich criticism from the political left, considering that their news networks constantly lecture President Donald J. Trump about his “rhetoric.”

But more importantly, to those leftists attempting to make this distinction, I ask: Which of the items on this list would you want to happen to you? The answer is none.

(TLB) published this article from Big League Politics with our appreciation for this insight.

About the writer Peter D’Abrosca 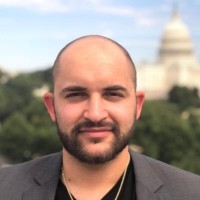 Peter D’Abrosca is an investigative journalist from the state of Rhode Island. He is the Senior Reporter at Big League Politics. Follow him on Twitter @pdabrosca.

Pelosi Doubles Down on Warning Dems About Pursuing Impeachment