During one of the many sharp exchanges at last week’s presidential debate, Joe Biden flat out denied his son Hunter had any business relationship with the Russian oligarch Yelena Baturina, the billionaire wife of the late Moscow mayor.

“Why is it, just out of curiosity, the mayor of Moscow’s wife gave your son three and a half million dollars?” President Trump asked during one flash point.

“That is not true,” Biden answered.

“Oh really, he didn’t get three and a half million?” Trump persisted a few second later.

In fact, Biden’s answer directly conflicts with evidence that the U.S. Senate, the FBI and the U.S. Treasury Department have all gathered.

In their most recent investigative report on Ukraine corruption, the Senate Finance and Homeland Security committees disclosed that Suspicious Activity Reports (SAR) that the Treasury Department turned over to Senate investigators show a direct link between Hunter Biden and Baturina.

“Hunter Biden received a $3.5 million wire transfer from Elena Baturina, the wife of the former mayor of Moscow,” the Senate report declared, identifying a firm that the younger Biden and his business partner Devon Archer had created in 2013 as the recipient of the 2014 payment.

The consulting payment was not only flagged because of its source. Its timing was also suspicious for its proximity to unfolding events in Eastern Europe.

The payment was made four days before the Maidan revolution successfully ousted Viktor Yanukovych, Ukraine’s Russian-friendly president, and less than two weeks before Vladimir Putin sent Russian forces to invade Ukraine’s Crimea region and annex it.

The Treasury reports showed 11 more transactions flowing from Baturina to entities tied to Hunter Biden in 2015.

“The 11 transactions all listed ‘Loan Agreement’ in the payment details section,” it added. “BAK USA was a startup technology company headquartered in Buffalo, N.Y., that produced tablet computers in cooperation with unnamed Chinese business partners. BAK USA filed for bankruptcy on March 29, 2019, with a reported loss of $39 million.”

Board minutes obtained by the FBI in an unrelated 2017-18 investigation of Archer state that Archer told investors during a 2014 meeting that he had secured upwards of $200 million from Baturina’s real estate businesses in London.

“Mr. Archer further discussed the possible sale of his company and the revenues that might be realized, which he said would be a big liquidity event for him, as well as his connections with Bohai, which he said was sponsored by major banks and institutional investors in China,” according to the minutes. 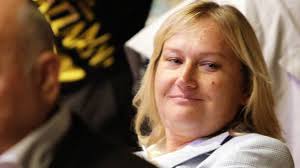 “He also discussed his client relationship with Yelena Baturina (pictured here/via The Moscow Times), who he said had invested over $200 million dollars in his various investment funds,” the memo read. “Mr. Archer emphasized that he had ample funding, but that the investors wanted to be efficient.”

You can read those board minutes here:

Baturina’s office in London did not respond to an email request for comment, nor did lawyers for Hunter Biden or Archer.

Whatever the case, Joe Biden’s outright denial of a financial relationship between his son’s company and Baturina flies directly in the face of documentary evidence, which by the way was gathered by federal agencies during the Obama-Biden era.

The Liberty Beacon Project & The Ochelli Effect … Time To Talk!