The “nothing burger” of the Russiagate investigation was delivered by Robert Mueller to the DOJ Friday afternoon. AG William Barr will now do his review and make a decision as to what will be made available to the public.

Of note, Barr told Congress in a letter that Mueller did not overreach his mandate during his investigation….

Well that’s going to make it a bit harder for the MSM and Dems to spin but they’ll do it anyway.

14.8K
4:30 PM – Mar 22, 2019
According to CNN’s Laura Jarrett   “The expectation is that lawmakers will receive the principal conclusions, in writing, from Barr this weekend, according to a Justice Department official. That distillation from Barr will be made public, says the Justice official.”
Laura Jarrett Retweeted

The White House does not have the report, according to a Justice official. The attorney general’s chief of staff called White House lawyer Emmet Flood and read the information in Bill Barr’s letter to the Hill, per @LauraAJarrett https://t.co/Ern2ubIUPc

As expected the Dems want to control the narrative, but it is just not working out that way….

MORE: House Speaker Pelosi and Senate Democratic leader Schumer say Barr must not give the White House a sneak preview of the Mueller report and that it must not interfere in what parts of it are made public http://reut.rs/2JxgNuw pic.twitter.com/mfjy8OubRA

New Chuck: I don’t know about that Mueller guy. I need to see his entire report that I’m not legally entitled to see. #CollusionTruthers

Right up until yesterday the Libs of note were banking on Mueller to deliver Donald Trump’s head to them on ‘on a Platter’…. 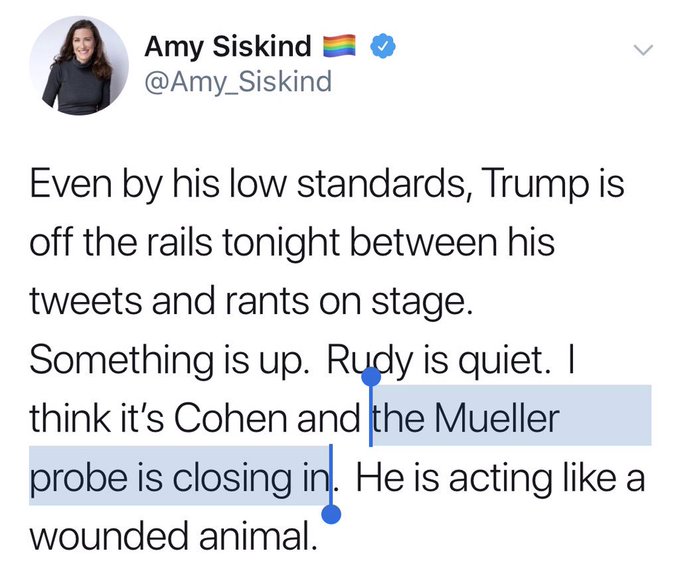 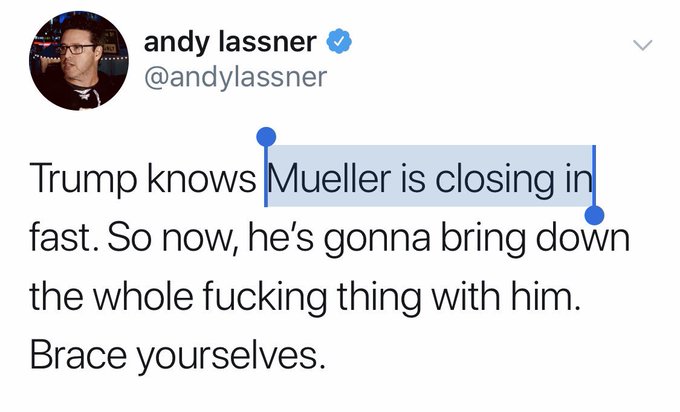 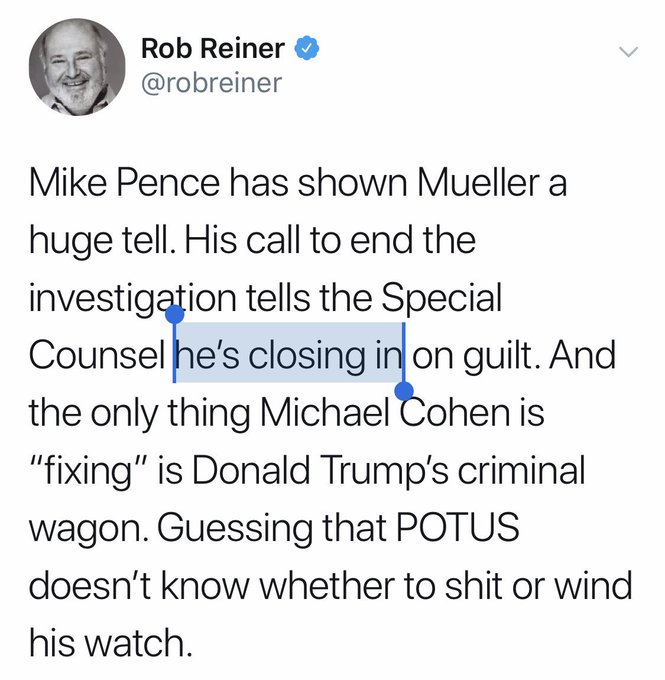 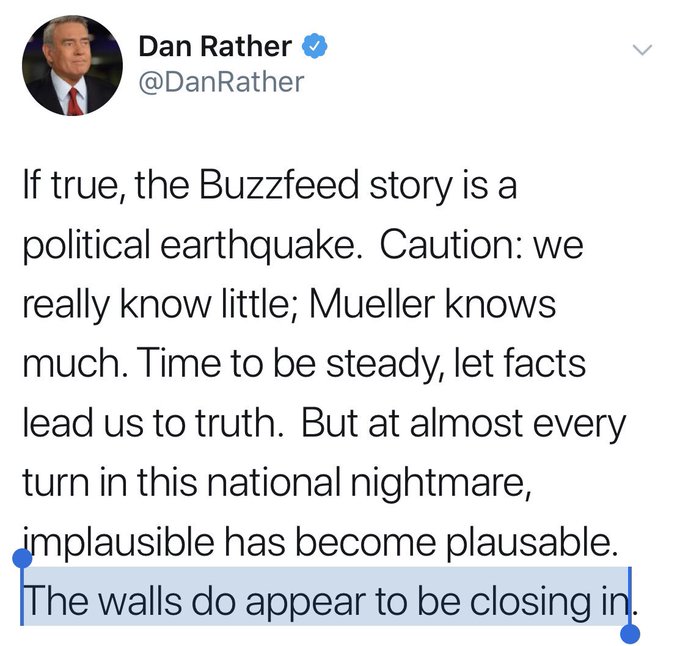 (H/T to John for the above Tweets. ~TLB)

The only “walls that are closing in” are The Walls of Truth… THERE WAS NO COLLUSION!

Being Russia played such a ‘leading part’ in this melodrama it’s only fair to see how this story was reported at RT….

The Attorney General has yet to communicate the findings to the US Congress and decide how much detail would be made public. The White House has not yet received or been briefed on the findings, but the administration is “looking forward to the process taking its course.”

The Democrats, who have spent years pushing the Russiagate narrative, have urged the AG not to share the report’s conclusions with the White House yet, claiming that, otherwise, the administration would try to interfere in which parts of the report are made public. The Speaker of the House, Nancy Pelosi, and Chuck Schumer, a senior Democratic Senator from New York, say it is imperative that the report is released in “full.”

Trump, confident that the entire affair was a mere ‘witch-hunt’, had earlier indicated he would not mind if the report were made public, so it is unclear why the Democrats would assume the White House wants to interfere. Donald Trump’s legal team said the president was “pleased”that Mueller has finally delivered on his probe, noting that the Attorney General “will determine the appropriate next steps.”

“I remain committed to as much transparency as possible, and I will keep you informed as to the status of my review,” Barr wrote, in a letter to the leaders of the House and Senate Judiciary committees. The Attorney General also noted that he may advise on the findings of the report as early as this weekend.

The parts of the media that spent 2 years obsessing on Trump/Russia are now going to seamlessly pretend it was always unimportant whether Mueller indicted any Americans for conspiring with Russia over the election – when that was the key point all along & everyone knows this: https://t.co/oRiYPlUNnc

The key question Mueller was trying to answer was whether the Trump campaign had colluded with Russia’s alleged attempt to sway the results of the US presidential elections back in 2016. Since his appointment as special counsel to head the investigation back in May 2017, the former FBI chief has managed to indict six former presidential advisers, 26 Russian nationals and three Russian companies – yet none of the charges proved any ‘collusion’ between Trump and Moscow.

Although a handful of key Trump associates, including former campaign manager Paul Manafort and Republican operative Roger Stone, have been charged and have even pleaded guilty to procedural crimes, nobody has been charged with any offenses relating to collusion.

The report might prove a further disappointment to many as, according to a senior Justice Department official, Mueller is not recommending any additional indictments. Apparently not holding his breath for any smoking guns in the report, the chairman of the House Intelligence Committee, Rep. Adam Schiff, has promised to subpoena Mueller himself, unless the Congress is provided with “underlying evidence” to sift through.

J. K. Rowling confirms that Harry Potter would have wanted the underlying documents to the Mueller report made public as well.

There is a restaurant called Muller in Moscow, what more evidence do you need Mueller is a Russian mole.

Moscow has repeatedly rejected the allegations as absurd, emphasizing that, in contrast to what Washington might consider a modus operandi, it is not Russia’s state policy to interfere with other nations’ domestic affairs, and also noting that it was ridiculous and humiliating for a democratic superpower to complain that its elections were somehow influenced from outside.  (RT-USA News)

This article was compiled and commented on by The Liberty Beacon staff.

How Much Power Does Big Pharma Have? [A Documentary]