[Afternoon update at bottom of this post.  ~TLB ed.]

Capitol Hill police said 128 people were arrested for “unlawfully demonstrating” outside of senators’ offices and in the main rotunda of the Russell Senate Building. About half as many protesters were arrested for protesting Kavanaugh on Thursday.

The protests were organized by various groups, including the Women’s March, Planned Parenthood, NARAL and others who strongly oppose Kavanaugh’s nomination. –ABC 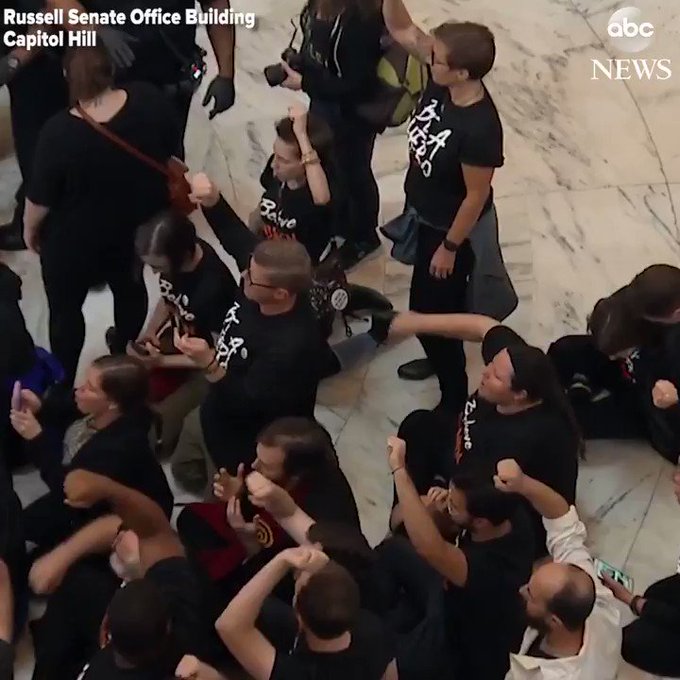 The protests come just one day after a second Kavanaugh accuser emerged, claiming the Judge waved his penis in her face during a drunken Yale dormitory party. (*)Ramirez made her claim after six days of “carefully assessing her memories and consulting with her attorney” despite having significant alcohol-induced memory gaps.

It is unclear if Monday’s protest included members of SPAN, the Colorado women’s rights group that Ramirez helps lead.

DEVELOPING: New Kavanaugh accuser (*)Debbie Ramirez helps lead a left-wing “social justice” nonprofit group in Boulder, CO, that believes that “violence against women is systemic” and that “women are an oppressed group.” Also believes that “heterosexism” is “an act of violence.”

(TLB) published this story from ZeroHedge as compiled by Tyler Durden.