This is psychological warfare with the purpose of manipulating the Western countries into fearing Islam and hating Muslims, in an attempt to further divide us so we will fight amongst each other. Pinning whites against blacks and Arabs against whites.

This event was also staged to frighten the French people into agreeing to relinquish more of their precious freedoms, while moving humanity ever towards Zionist take-over and the New World Order.

Israeli Mossad motto: “Through Deception, Thou Shalt Do War“

Family described Mohamed Lahouaiej Bouhlel as an “unlikely jihadist” and said he broke every law of Islam in his every day life, including eating pork and drinking alcohol.

The 31-year-old loser was in the middle of being divorced by his wife, who he used to beat, and had just lost his job as a delivery driver when he launched the horrific attack. 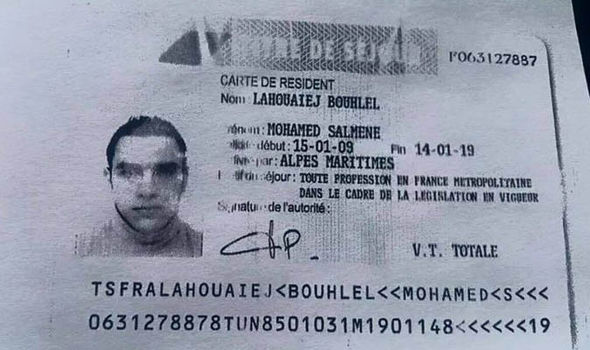 Bouhlel killed at least 84 people and injured hundreds more when he drove an articulated lorry into crowds watching a Bastille Day fireworks display on the Promenade des Anglais last night.

He was then surrounded and killed by police sharpshooters who shot out the windscreen of the truck as they desperately tried to put a stop to the carnage.

Police revealed this afternoon that father-of-three Bouhlel was a Tunisian citizen who had a 10-year residency card and was qualified to drive lorries for a living.

He had rented the truck he used in the horrific attack and was due to return it on the night of the slaughter.

Justice minister Jean-Jacques Urvoas confirmed that Bouhlel was a notorious petty criminal known to authorities for numerous crimes, and that he had a conviction for beating another motorist with a baseball bat during a road-rage incident.

It is understood he had been sacked by his employers after falling asleep at the wheel and crashing into four cars, and that he had also recently been involved in a bar brawl. 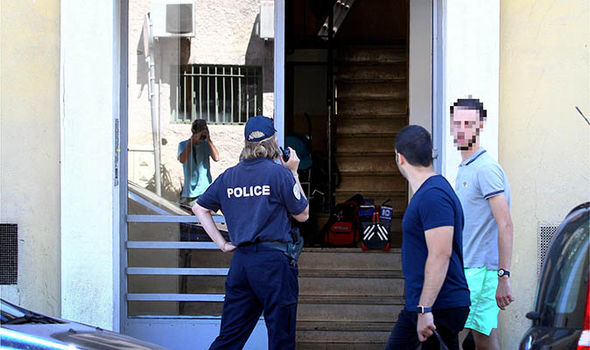 Today Walid Hamou – the cousin of his wife Hajer Khalfallah – shed further light on the life of a social outcast who apparently showed no interest in religion whatsoever.

He described Bouhlel as a “nasty piece of work” and insisted the terrorist had never prayed or shown any interest in religion, let alone radical Islamist extremism.

He told MailOnline: “Bouhlel was not religious. He did not go to the mosque, he did not pray, he did not observe Ramadan. He drank alcohol, ate pork and took drugs. This is all forbidden under Islam.

“He beat his wife, my cousin. He was a nasty piece of work.”

Neighbours in the village where Bouhlel lived also shed a disturbing light on his state of mind, describing him as a “odd” loser who promised them he would be famous one day.

Wissam, a fellow Tunisian, claimed: “On the Thursday night he was drinking with a colleague and they argued. His pal said you’re worth nothing and he replied ‘one day, you’ll hear about me’.”

He added: “Look this is someone who drinks, smokes cannabis.”

A neighbour called Hannan, who lived on the floor below, said: “He always looked at me oddly. He stared at us and we avoided him.”

Another neighbour told French newspaper L’Express that he was shifty and unwillingly to make eye contact with people.

Neighbour Nassim, 33, revealed how the terrorist even used to go to nightclubs “chasing girls” during evenings out.

He said: “Bouhlel used to live in this block of flats with his wife and family. I lived next door to him.

“He was not a fanatical muslim. He drank alcohol, he chased girls, he went to nightclubs. He did not go to the mosque. He was not religious at all.

“He split up from his wife about two years ago. She is a lovely woman.”

No group has yet claimed responsibility for the attack, but supporters of evil Islamic State (ISIS) have gone online to celebrate what they called the slaughter of “infidels”.

The shocking testimony comes after it emerged that Bouhlel was stopped by police just hours before he went on his murderous rampage after parking up his 25 tonne truck just yards from the stretch of road where he would later cause such carnage.

When officers approached and asked what he was doing there, he replied that he was delivering ice cream to the area and was allowed to park on the waterfront for several hours.

But then, yesterday evening, he got behind the wheel once more and drove the truck at “breakneck speed” down the seaside promenade, targeting crowds of families and children out celebrating Bastille Day.

Witnesses described horrific scenes of “bodies everywhere” and said the lorry scattered pedestrians “like nine-pins” as the driver zig-zagged it across the street to cause maximum damage.

Anti-terror police have now been called in from Paris to investigate the attack after forensics officers found a cache of guns and grenades in the back of the vehicle.

How Did America Become an Oligarchy

The JADE In Jade Helm 15 Is An AI SOFTWARE Program