The complacency of the British government is to blame for plunging hundreds of thousands of children and pensioners into poverty in the past four years, reversing a previous drop in the number of those living on the bread line, a leading UK political commentator has told Sputnik.

According to research from the Joseph Rowntree Foundation (JRF), one in five of the population of the UK is now living in poverty — eight million working age adults, four million children and nearly two million pensioners are unable to keep up with the cost of living in Britain. 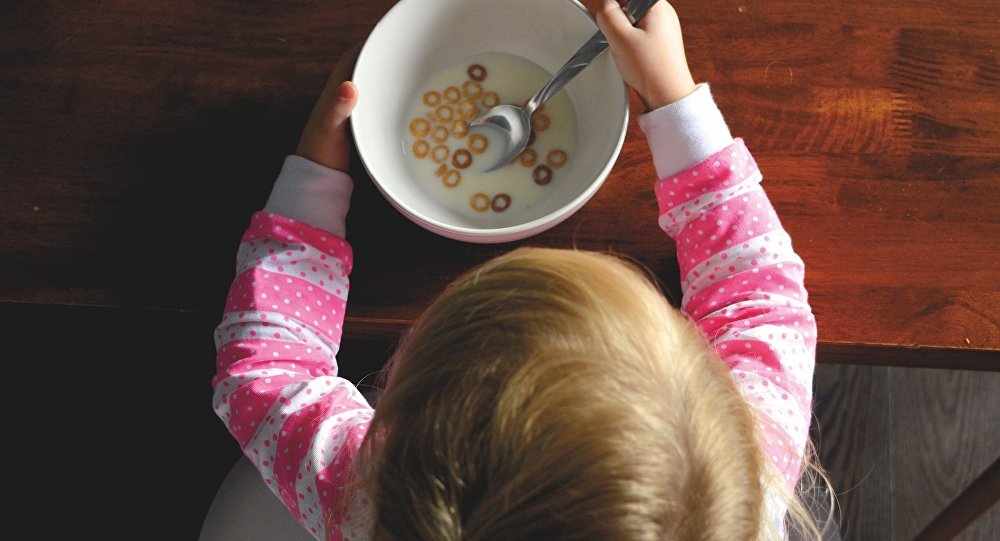 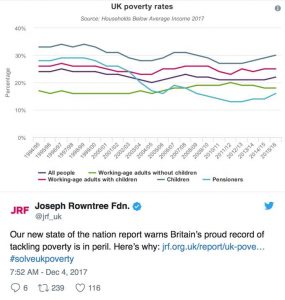 JRF found almost 400,000 more children and 300,000 older people in Britain were living in poverty in 2016 compared with 2012-13, the first increase in child and pensioner poverty for 20 years. The think tank warned decades of progress were now at risk of unraveling amid weak wage growth and rising inflation, and rises in employment were no longer reducing poverty.

The findings have sparked anger on social media and deep concern among charities representing them. 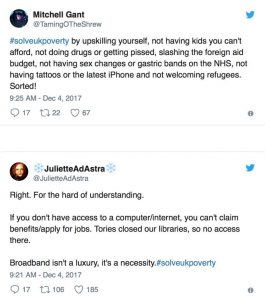 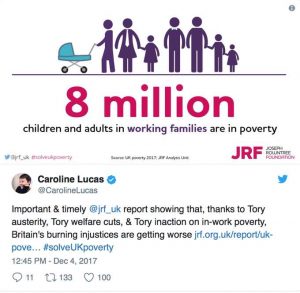 In an interview, Peter Stefanovic, a political commentator and filmmaker, blamed UK premier Theresa May for the situation.

“It was quite simply a sham! We have a staggering four million kids living in poverty, two thirds of them in families where at least one parent actually got a job. We’ve got four hundred thousand kids reliant on food bank handouts. We’ve got kids stuffing food into their pockets at school on a Friday so they’ve got something to eat over the weekend,” he told Sputnik. 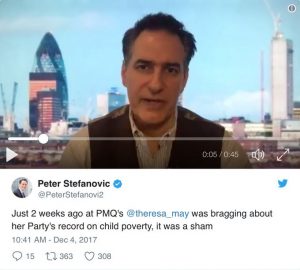 “The number of homeless kids has soared by 37 percent since 2014 and if all that’s not bad enough we have some of the highest levels of hunger and deprivation among the world’s richest nations. Nearly one in five kids under the age of 15 suffers from food insecurity and at the at the general election this year, Theresa May stood on a platform of wanting to take school dinners away from hungry infant kids,” Mr. Stefanovic added.
.

Adam Garrie, managing editor of The Duran, suggested what the UK must do — along with Europe, the United States and other western-modeled countries — is tackle “neoliberalism.”

“Britain is an illustrative microcosm of the entire problem of neoliberalism. The fact in the UK today, people with technically middle class incomes live the way poor people do in other countries. People on working class incomes live worse than the unemployed in many countries, and the unemployed live worse than the dogs, cats and horses owned by the wealthiest so-called one percent,” Mr. Garrie told Sputnik.

The foundation has identified a gradual rise in poverty rates over the past four years, reversing a trend of failling numbers since the mid-1990s. Poverty among children now stands at 30 percent while 16 percent of pensioners experience it.

Those on low incomes are spending more than a third of their wages on housing costs. Despite this, Mr. Garrie said the UK government was “more ideologically wedded to neoliberalism than Nicolae Ceausescu was to his ideology before being deposed.”

In its conclusion, the report stated that the prospects for solving UK poverty are worrying. It added that the continuing rise in employment is no longer leading to lower poverty, and changes to benefits and tax credits for working-age families are reducing the incomes of many of those on low incomes; high housing costs continue to reduce the incomes available for those in poverty to meet other needs.

“When Britain was a more equal society, arguments about neo-liberal versus socialist hybrid economics were almost academic in comparison to today’s life and death situations that many people face. Western goods were always the most expensive in the world, but people in western economies used to be able to take basic things like a job that pays enough to feed themselves for granted. They cannot do so anymore. Neoliberalism is the problem,” the political commentator added.

Rachael Orr, head of Oxfam’s UK program, noted that “it’s deeply concerning to see yet more evidence that having a job in today’s precarious labor market is not enough to escape poverty.”

“It’s not just working adults who are affected, but their children too, and it’s a real worry to see progress on child poverty going into reverse. The government needs to make sure that work pays, so hard working families are not falling below the poverty line. Their industrial strategy, published last week, would have been a good place to start, but sadly was a missed opportunity,” she told Sputnik.

The question the report begs is “why we are not investing in our children?” according to Alison Garnham, chief executive of Child Poverty Action Group, who told Sputnik in a statement:

“As today’s report shows, we know how to reduce child poverty in the UK — we’ve done it before. Yet at the start of a sustained rise in the rate of child poverty — bewilderingly — there is inaction. Families with children have had a decade of cuts to their incomes and the damage is showing. Unless there is action now to protect the living standards of low income families, we will pile up problems for future generations and for the UK economy,” she said in a statement to Sputnik. 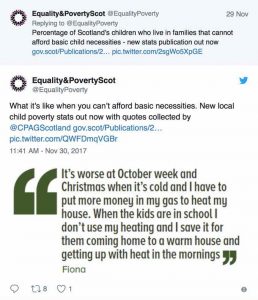 Caroline Abrahams, charity director at Age UK, warned many families are unable to put any money aside for today, let alone tomorrow, which is a huge concern.

“With one in six pensioners (around 1.9 million) now living in poverty, not including the many thousands more who are just above this threshold and still struggling to make ends meet, the government clearly needs to do far more.”

She warned that unless action is taken quickly, poverty among the older generation could continue to escalate, “undermining all of the progress that’s been made following the introduction of measures such as the pension credit and triple lock.”

“Clearly the time for complacency is over and there can be no doubt that, given the current situation, the state pension remains a vital tool in the fight against pensioner poverty, giving millions of older people a small element of financial security in an increasingly uncertain world,” Ms. Abrahams told Sputnik.

‘Politically Impotent’ EU Idea ‘Losing Itself – Coming to a Standstill’

Prospects for the Emergence of a Real Opposition in Russia

Debt is the Hidden Issue in the EU Elections