The vast majority of students who said they voted for or supported Biden’s nomination expressed regret for supporting him.

As the Biden administration attempts to reconcile rising inflation, the crisis at the Southern Border, and the death of American citizens in now Taliban-controlled Afghanistan, Campus Reform’s Addison Smith went to George Mason University to ask students how they feel about Biden’s presidency.

The vast majority of students who said they voted for or supported Biden’s nomination expressed regret for supporting him.

One student said, “He’s failed a lot on a lot of his promises”.

Another, speaking on Biden’s withdrawal from Afghanistan, called it a “disaster.”

When asked about Biden’s “Build Back Better” campaign slogan, students were not convinced he had done so.

“If you’re looking at the straight facts, it’s apparent that he’s not [building back better],” one student said.

Students then told Campus Reform they were not likely to support Biden for a second term.

“I’m excited to see who [else] is going to run, actually,” another student said. “As of right now, no”, another expressed.

Watch the full video below… 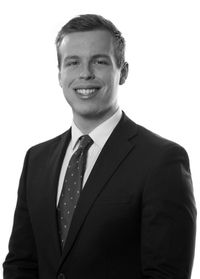 Addison Smith is the Campus Reform Video Reporter and a student, studying Business Marketing at Liberty University. Addison previously worked with Liberty University’s Standing for Freedom Center as a social media manager, and The College Fix as a student reporter. He was also a Campus Reform Senior Correspondent. Addison’s work has been featured in Fox News, Daily Wire, Breitbart, NewsMax, The Blaze and more.

The Market Gods Are Laughing