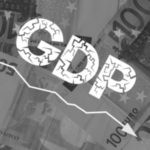 Leading European politicians and economists argue that the influx of immigrants is an economic necessity. Naturalization of foreigners implemented for the purpose of executing a re-population program (resembling the Sinicization of Tibet) has become a national policy in most European countries. Replacing the dying European population with workers from Africa and the Middle East is supposed not only to save national economies and support the pension systems, but also to boost economic growth. Basic economic indicators, however, show that the opposite is true.

A year ago The Economist wrote that migration is beneficial to the global economy.1) The Gefira team has shown that economic immigrants are more frequently beneficiaries of social benefits, and are less professionally active than non-native Europeans.2) Our analysis is also validated by the scientists from the University of Basel. 3) The result is that indigenous Europeans have to provide for immigrants.

The fertility rate among indigenous (i.e. white) Europeans has been below replacement for nearly half a century, while that in African countries is approaching 5. It is because of the continuous inflow of high-fertility people 4) that the populations of France, Sweden, the United Kingdom and other European countries enlarge, but the hard fact is that it does not translate into a higher GDP, which in France and the UK has been in decline since 2008, and in Sweden – since 2014. Not only is the GDP dwindling, but also GDP per capita.

Unemployable Africans and Central Asians will be an additional burden on the aging and shrinking European population slowing down economic growth even further.

Thou shalt not talk about the disappearance of the Dutch population…