‘The state Assange is in, it’s a wonder, don’t know how I would cope,’ Vivienne Westwood tells RT

Renowned British fashion designer Vivienne Westwood has broken her media silence on Julian Assange’s imprisonment, telling RT that the solitary confinement in which he is kept for no reason has taken a toll on his health.

She spoke after visiting Assange in HMP Belmarsh, where he is being held after the UK police dragged him from the Ecuadorean Embassy back in April. Arranging a visit to Britain’s maximum security prison took a month, and during this time the whistleblower was held in solitary confinement, Westwood told RT.

I was thrilled to bits to see him, he lost weight… and the state he’s in, it’s a wonder, I don’t know how I would cope.

Westwood, a friend of Assange, has consistently spoken out against the way the UK dealt with him before and after his arrest, which ended nearly seven years in exile inside the Ecuadorian mission. Hours after his arrest, he was found guilty of skipping bail in London in 2012.

Separately, Assange also faces charges in the US, which revolve around his contacts with fellow whistleblower Chelsea Manning, who exposed to WikiLeaks the extent of American war crimes in Iraq.

“He must not be extradited [to the US],” Westwood argued. “This man, believe it or not, faces 175 years in jail, that’s totally out of proportion, how crazy is all that!”

Earlier on RT, Westwood called Assange “one of the greatest heroes in the world.”

Other renowned figures have thrown their weight behind Assange in the past, warning about his deteriorating condition. 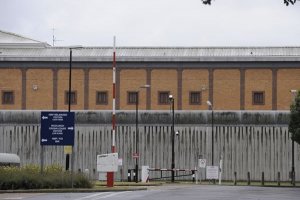 Journalist John Pilger also visited him in Belmarsh last month, tweeting that he was being treated “worse than a murderer.” Assange is “isolated, medicated and denied the tools to fight the bogus charges of a US extradition,” Pilger warned, adding: “I now fear for him. Do not forget him.”

Assange being ‘treated worse than a murderer’ in prison – John Pilger

(TLB) published this article from RT-World News with our appreciation for the coverage and availability.

Other articles about Assange from The Liberty Beacon

Facebook, Zuck Sued By “Shocked” Shareholders As “The Truth” Emerges